Huawei's sub-brand Honor is happy to announce that its latest flagship smartphone, the Honor 10, is selling very well.

In fact, the company has already managed to move more than 3 million units of the device globally. The previously announced milestone of one million sales was reached in less than a month after its release. 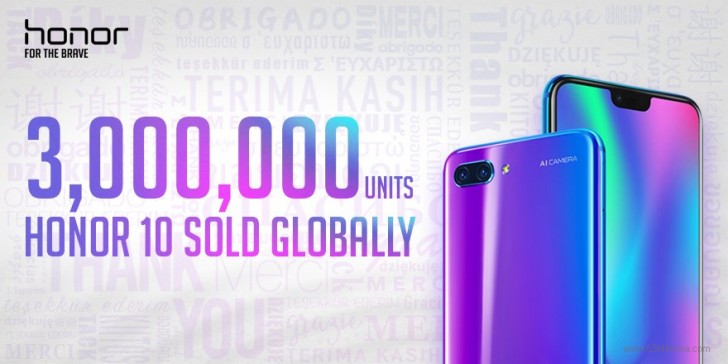 i think honor 10 is the best for my chose

They sold so many because of the price, and the bait & switch of custom rom dev support. Screw them.

One of the best of phones ever