Huawei Honor 5C is official with a Kirin 650 SoC and 5.2" FullHD display

The Honor 5C has just been made official in China. The latest from Huawei's sub-brand has a lot in common with the yet unannounced P9 lite, for a price it's unlikely to match. 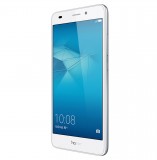 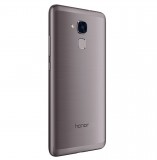 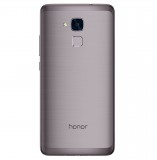 The specsheet starts with a 5.2-inch IPS LCD with FullHD resolution. An in-house Kirin 650 chipset does the number-crunching with an octa-core CPU (4xCortex-A53@2.0GHz + 4xCortex-A53@1.7GHz), paired with 2GB of RAM. Onboard storage is 16GB, expandable by up to 128GB.

Imaging is taken care by a 13MP primary shooter with an f/2.0 lens, aided in the dark by a single LED flash. On the front you get an 8MP cam with an f/2.0 aperture lens. There's also the now-mandatory fingerprint sensor on the device's back. The Honor 5C has dual-SIM support and good all-round connectivity suite with multi-band 2G/3G and Cat.6 LTE (4G version only) for speeds up to 300Mbps down, and 50Mbps up. Bluetooth is v4.1, there's Wi-Fi b/g/n (no Wi-Fi ac), GPS, GLONASS and Beidou for satellite positioning and there's also an FM radio receiver.

The handset measures 147.1 x 73.8 x 8.3mm and weighs 156g, while packing a 3,000mAh battery - 9g more than the sleeker P9 lite for the same capacity. It also lacks the mini-flagship's Type-C connection and sticks to microUSB 2.0. The smartphone comes with Android 6.0 Marshmallow on board, with a proprietary EMUI overlay on top, version 4.1 this time.

Available today in China, the Honor 5C costs CNY 899 ($139) for the 3G-only model, while 4G-enabled versions command a CNY 100 premium. Global availability remains to be detailed.

waiting for available in india

when will available on india

I still can't grab one in China Beijing also. It's really nice and too many people want to have one. TT