Like a deja vu all over again, we loved the Huawei P9 lite and it's back for more. Except this time, it's the Huawei Honor 7 Lite - though the differences are pretty slim.

The P9 lite borrows the sharp edges and straight lines from the flagship P9 while the Honor 7 Lite is curvier. The difference is only skin deep here, as both phones share a pretty capable interior. 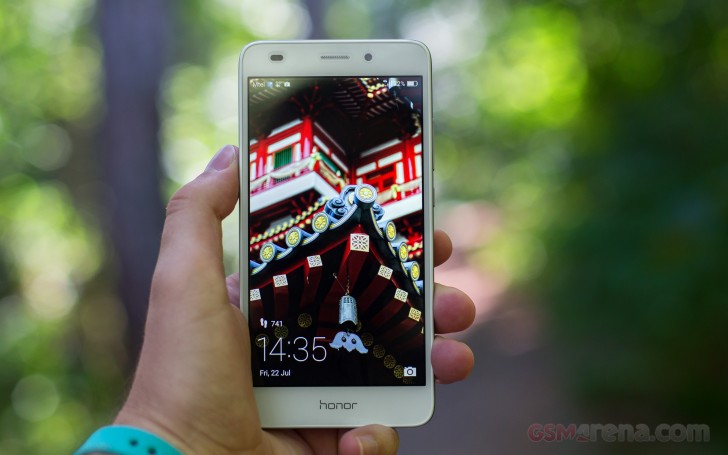 But hold on a minute. Some of you may know this model as the Honor 5c - and you'd almost be right, it's just that the Honor 5c doesn't have a fingerprint reader on the back, while the Honor 7 Lite does. Other than that, they are like identical twins. With that in mind, this review covers both phones (we have the Honor 7 Lite on hand).

Huawei almost treats Honor as a separate brand. In some markets, the Huawei brand is consolidated with Honor. In others, Honor tries to get a fresh start on its own.

The back is made of aircraft aluminum but is styled differently. We'll run our in-depth tests to verify that the screen and other components indeed live up to the P9 lite standard.

Note that we're reviewing the Honor 7 Lite. The Honor 5c is a nearly identical device with the exception of the fingerprint reader. This review is for both phones.

After 3years of usage he survived all falls, made good pictures and videos, battery life is ok not the best but not the worst either. So definitely I'm sorry to say goodbye to him probably best phone I had in my life so far.

That no fingerprint reader in Europe is not true, at least not everywhere. I have it and use it on mine for year and half already. And no, I haven't ordered it from Asia or something. Got it from my mobile phone service provider as package.