Huawei Honor 8C will be unveiled on October 11, TENAA already has the specs

Huawei has sent out invites for the official unveiling of the Honor 8C, which will happen on October 11. Unofficially, TENAA has already published its specs. The phone will be a followup to the Honor 7C, which was released in May. You can also look at it as a smaller and more affordable alternative to the Honor 8X (which goes on sale in Europe on October 11). 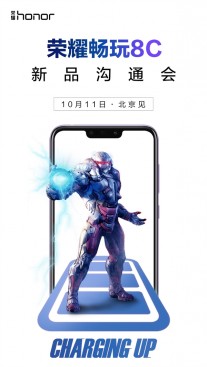 Huawei will unveil the Honor 8C on October 11

The chipset may be the Snapdragon 450 of the 7C, it definitely isn't the Kirin 710 of the 8X. The good news is that the base RAM capacity increased to 4GB of RAM while storage comes in either 32GB or 64GB.

The camera department boasts a 13+2MP dual camera on the rear and an 8MP selfie. That sounds pretty much the same as the camera on the Honor 7C (and not as impressive as the 8X). 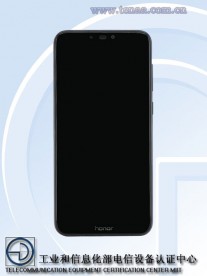 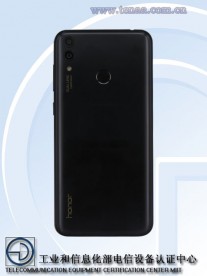 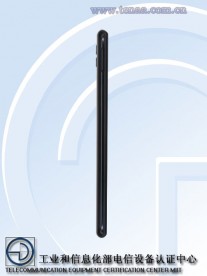 The Honor 8C packs a larger battery than both of its siblings – 3,900mAh. That’s a solid 900mAh upgrade over the 7C and even the larger 8X is 150mAh short. Don’t hold your breath for fast charging (despite the "Charging up" tagline) these models typically come with 10W chargers.

When the 7C launched four months ago it cost $137/€115 for the base model so we’re probably looking at similar pricing for the Honor 8C.

I really want Huawei to use Snapdragon 625 for such phones and sell it around $180 I would very much be pleased with that. In fact it would please many around the world.

major thanks for this information. I am very excited for this phone. Honor 8C specification is really awesome. When I was searching for an Honor 8C phone, my eyes were on your blog which was the first in search. Thanks for Sharing.

Please read it carefully. :) Only the P60 I consider as the powerful midrange machine. The older versions of Helio are very unquestionable.