The Honor View 10 has a nice and sturdy metal construction. The design has been pretty much overused by this point: an integrated metal body and frame build with rounded corners and antenna lines along the edges. In fact, this is the design used by the phone's direct competitor, the OnePlus 5T, complete with the position of the dual-cameras. 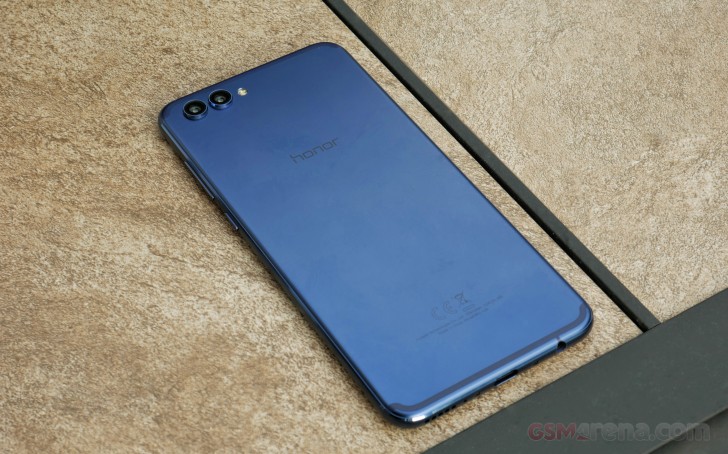 The Honor View 10 isn't technically a metal "unibody" since the backing and the frame are two separate pieces, but the seam isn't too noticeable because it is hidden right under the frame's beveled edge. This is actually an interesting approach to the tired design. The frame reinforces the backing of the View 10, unlike a traditional metal unibody, which might dent easily.

Despite this, the Honor View 10 barely budges under pressure. The phone has very little flex and is as sturdy as a rock. Unfortunately, we did hear rattling in the camera housing, but that's not a terrible concern considering there is no optical image stabilization. We'd assume this rattle is due to the phone being an early reviewer's unit. 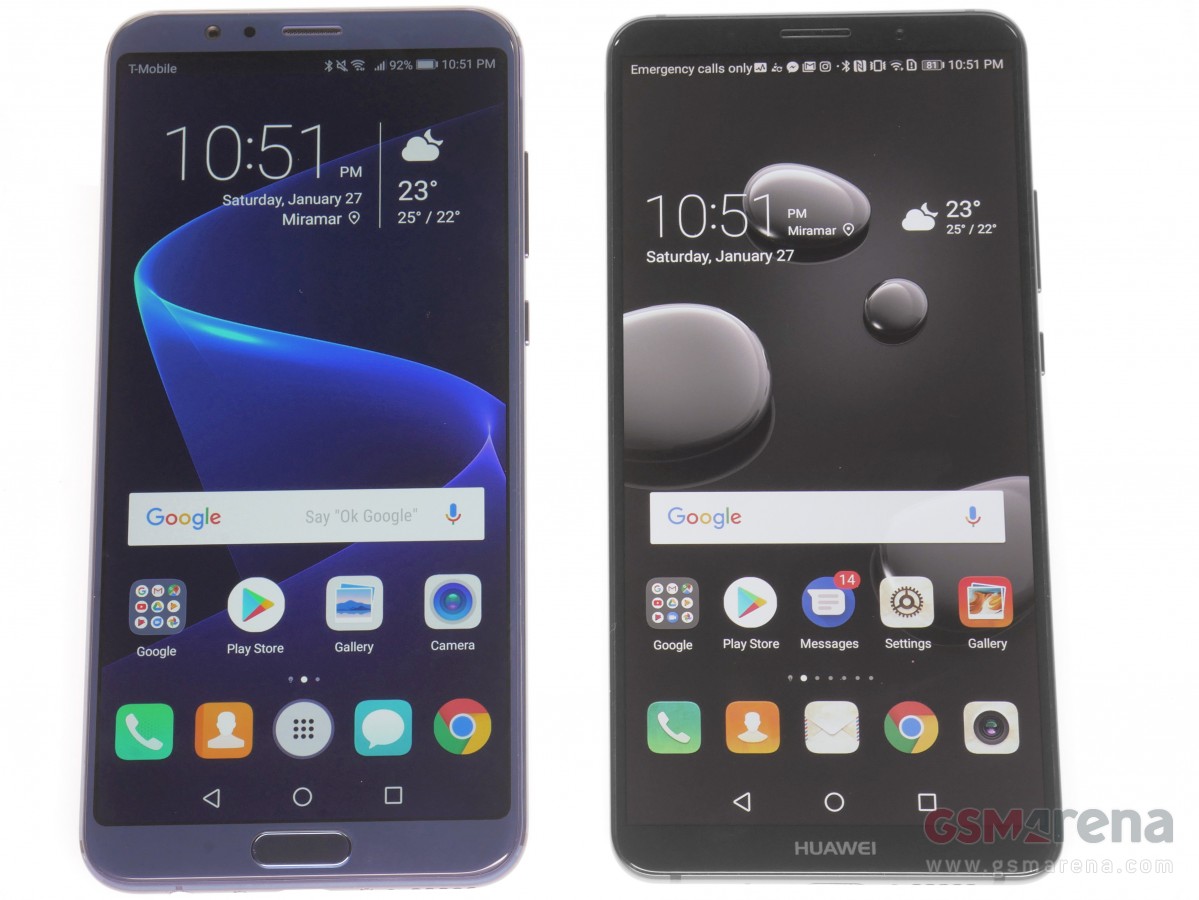 The Honor View 10, along with the Honor 7X are the brand's first two smartphones with 18:9 aspect ratio displays. The bezels are kept to a minimum, even with the fingerprint scanner right under the display. Although Honor could have put the fingerprint sensor on the back, it still decided to cram it under the display like it did on the Huawei Mate 10 (non-Pro). This while still keeping the upper and lower bezels as small as possible. We think Honor succeeded here.

The display itself has rounded corners, which is strange considering neither the Mate 10 devices nor the Honor 7X have them. Let's say that Honor/Huawei appears to be experimenting with the right formula of features to cram into a 6-inch 18:9 phone. Wireless charging is not among any of those things, although, Honor (nor Huawei, for that matter) doesn't even need to bother with wireless charging thanks to its 22.5W Super Charge adapter.

This display's 2.5D glass tucks away nicely into the frame. Honor has not revealed what kind of glass is on the View 10, so we'd recommend you leave on the factory screen protector to prevent the screen from getting scratched. Above the screen is a 13MP camera, proximity and light sensors, and the in-call receiver.

The bottom edge has a 3.5mm headphone jack, in-call mic, and loudspeaker. The phone takes power through Huawei's Super Charge adapter via the USB-C port at the bottom. On either side of the charging port are two torx screws, hinting that the phone may turn out to be easy to repair.

The right edge has three buttons: a power key and a volume rocker. At the top is a noise-cancelling microphone and an IR Blaster, a feature that has receded from smartphones over the past few years. The left edge of the phone is home to a hybrid SIM tray - choose between two lines or one line + expanded storage space.

The back of the phone is made of metal and tucks away into the frame, much like how the 2.5D glass does. As previously mentioned, there are antenna lines at the top and bottom of the phone's backside, but that's nothing compared to how much the dual cameras jut out of the back of the phone.

Considering the camera has no image stabilization, perhaps Honor could have tried to make it flush with the phone's body. We can kind of forgive it since Honor graciously included a case with the phone that does help keep the camera away from surfaces.

While we really like the hardware and design, it's nothing revolutionary. It's great that Honor stuck with a well-refined construction rather than a fragile new design with breakable glass on both sides. We also like the blue color option. It's blue all over, including the screen bezels. 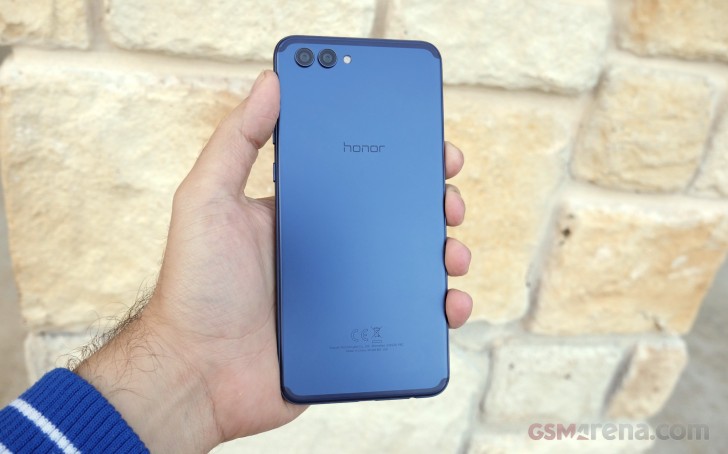 On the next page, we'll take a look at some of the lab tests that we run on the phones we review. We'll take a look at the display's brightness and color accuracy, as well as the battery life, audio quality, and loudspeaker volume.