Huawei's Mate 10 just keeps on leaking ahead of its official unveiling on October 16. Today from China comes an image that is said to show the device's front panel somewhere in the wild, in someone's hand.

What we see here, design-wise, lines up pretty well with at least one previous leaked image - that surfaced a few days ago and purportedly showed us a prototype Mate 10 being tested out and about. 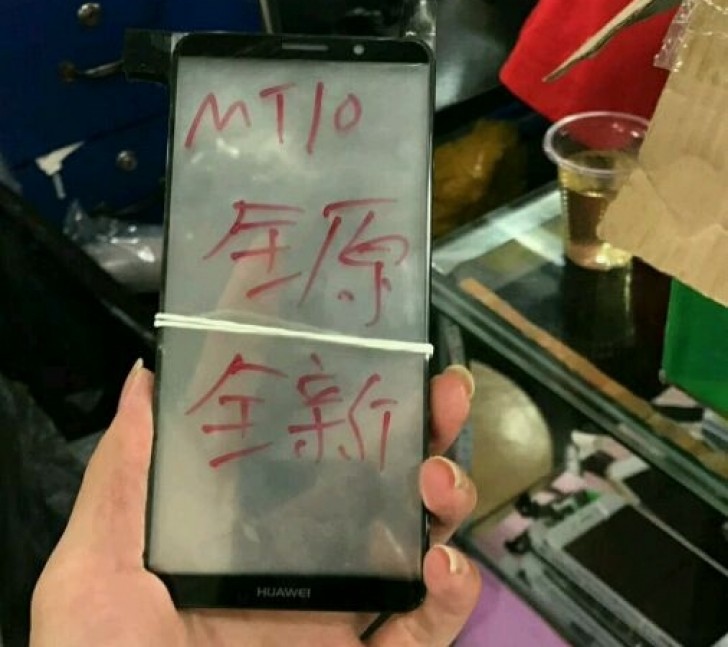 We get very slim bezels with this one, and a small Huawei logo on the bottom. On this Mate 10 model, the fingerprint scanner will be on the back, since it just couldn't fit on the front.

Huawei is expected to launch at least two different Mate 10 versions - they may be called Mate 10 and Mate 10 Lite, or Mate 10 Pro and Mate 10. Regardless of which naming scheme will be used, the front panel leaked today belongs to the higher-end variant.

Here's an official-looking teaser for the Huawei Mate 10

QC is only for Qualcomm Snapdragon. As for Huawei is different with the Snapdragon on the built it has it's own, only need to use the charger that comes with it then it can charge faster.

Huawei needs to make their phones compatible with the QC's system. I have 10 QC3s around and none charge my M9 fast. QC is more or less standard for fast charging. You can't even find Huawei's supercharger anywhere.

Really wish its 16:9 although GSMarena is really pushing the 18:9 propaganda. Tooo much rumours on this site with no reliable source. No doubt it feels most times like a fashion forum. I just want a phone this year with 16:9 ratio, heavy battery wi...