Probably every Huawei flagship - be it P-series or a Mate - has had a trusted companion, a Lite version to complement - and... well, compliment it. The flagship shines even brighter next to a less gifted stablemate. The Lite model, in turn, doesn't mind sharing some of the reflected light. It always works both ways and manufacturers are trying to get the best of it.

Few of the Lites have succeeded in capturing the essence of the main act though - content with living in the flagship's shadow. Now, the Huawei Mate 10 Lite claims to be different. 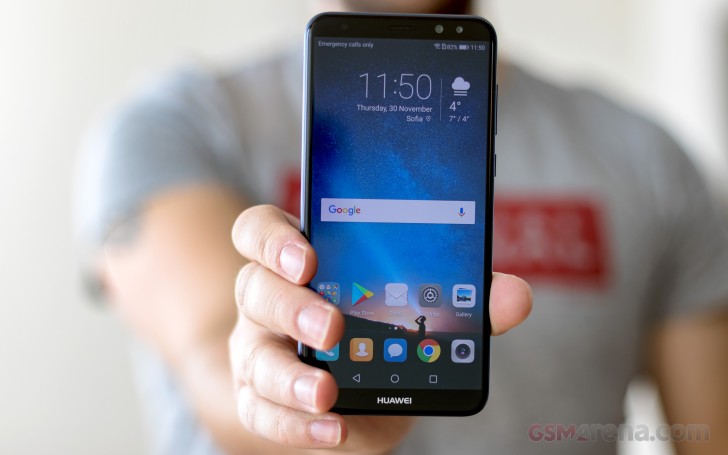 For the first time, we feel a Huawei Lite has been treated better than the usual repackage-and-discount routine. It's got a FullView tasl aspect screen, metal build, a pair of cameras on either side and the must-have large battery. It may be a Lite but it's a Mate, alright.

Huawei makes a big deal of the Mate 10 Lite sporting four cameras and technically that's not an overstatement. True, the secondary 2MP shooters serve purely as depth sensors in portrait and a number of custom aperture modes - they can't help in low-light scenes. But those pro-grade effects seem to be highly sought after and making them available on a Lite is a smart move by Huawei.

We were so impressed by the Mate 10 Lite's specs that we almost missed a few changes since the P10 Lite. For starters, the chipset might be newer, but it drops the 5GHz Wi-Fi support in favor of the newer Bluetooth 4.2. Go figure. The FM radio and NFC are gone too, while the hybrid SIM slot is an acceptable, if not the best, solution.

Still, we are looking at a midranger here, and the Mate 10 Lite packs more than enough punch to get us excited. We like the minimalist, clean design and the Aurora Blue paintjob is sure to turn heads. The super wide screen and the bokeh effects are enticing enough as well, and we'll hold the Mate 10 Lite to its promise of long battery life. Indeed, we have a lot to explore so let's get the review started, shall we?

I have a question? Plz tell me huawei mate 10 lit can have front camera flash light ? If have which I use it ? If the user is on vedio call how he use the front flash light ?