The Mate 30 Pro's camera setup differs significantly from the P30 Pro's - the main module may be the same, but the other two are different. 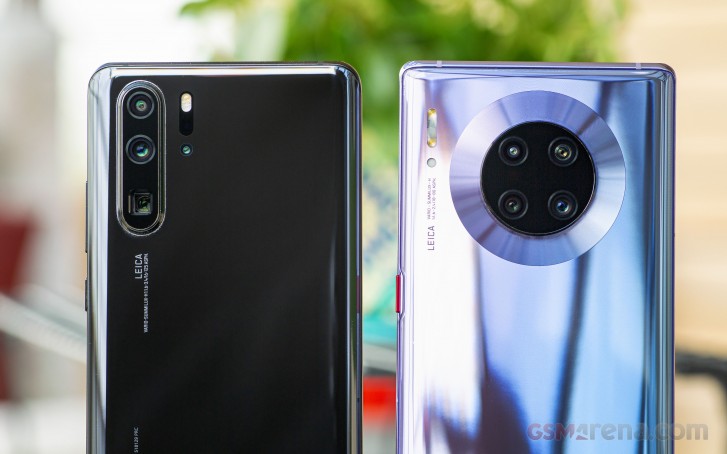 The Mate's ultra-wide has a substantially larger sensor and slightly narrower field of view, while the telephoto unit of the new phone is a 3x one like you'd find in the P30, and not the P30 Pro's 5x periscope. An inevitable shootout ensued.

The main camera's hardware is supposedly the same, yet the resulting images aren't. The Mate 30 Pro captures finer detail and its pictures are overall sharper. Color rendition is different as well with the Mate's particularly muted yellows standing out. The P30 Pro also tends to boost the skies more than the Mate. Then again, the Mate's greenery is livelier, go figure. Dynamic range is about the same.

The ultra wide-angle cameras are different so at least here the dissimilarities in the images are to be expected. From the get-go, two things are obvious - the Mate 30 Pro's coverage is notably narrower, and it takes 3:2 photos as opposed to the P30 Pro's 4:3 ones. 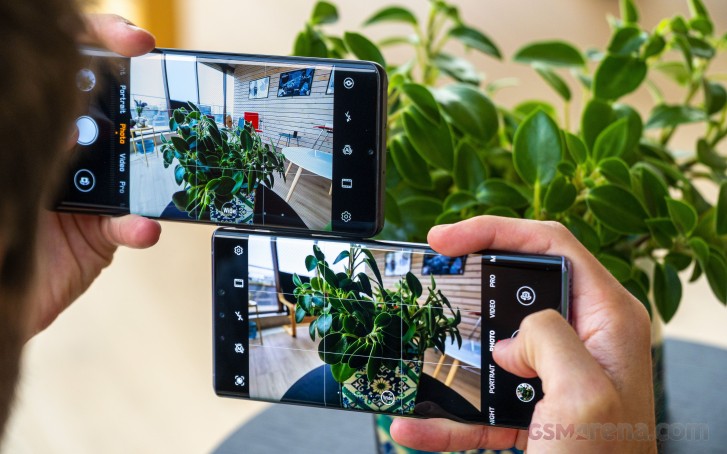 The Mate's shots are sharper and that holds true all the way to the corners as well - admittedly the less wide a lens is, the easier it is to be made sharp across the frame. But on the other hand this one needs to cover a larger sensor and has a wider aperture at the same time, so we wouldn't say the Mate 30 Pro's optics are easier to design/manufacture than the P30 Pro's.

The Mate 30 Pro's ultra wide photos are sharper in the center too though, and they have intricate detail that the P30 Pro can't match - and that's even though we're comparing 10MP Mate images vs. 20MP P30 Pro images. The Mate's noise performance is also vastly superior and dynamic range is improved too.

It's a whole different story with the telephotos. Seeing how the Mate 30 Pro is supposed to be Huawei's ultimate image capture device, the 5x telephoto from the P30 Pro would have made perfect sense. It's not here, however, and we get a 3x module like on the P30 instead. A fairly safe bet is that there simply wasn't enough room in the Mate's body for the quite sizeable periscope assembly. Oh, well. 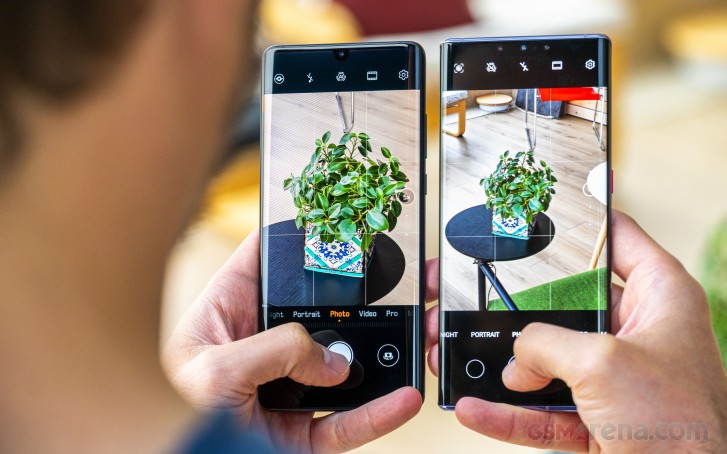 While the Mate 30 Pro's telephoto is longer than chief rivals from Apple and Samsung (3x vs. 2x), the P30 Pro's unit wipes the floor with all of them when it comes to reach. But it's also remarkably sharp and offers superior per-pixel detail than the Mate. If only we could have it all in one place.

Venturing out into the dark, we're seeing improved performance out of the Mate 30 Pro's main camera, compared to the P30 Pro's. The Mate 30 Pro's images exhibit noticeably less noise and have improved dynamic range. It's not that the P30 Pro is bad, on the contrary, but it's just that the Mate is even better. There's a slight caveat, however - under warm lighting the Mate tends to introduce a noticeable reddish color cast.

It's mostly gone in Night mode, where the Mate stays truer to reality when it comes to color. In Night mode the two phones produce more similar results, with the Mate's advantages not as prominent, though it does still cancel out noise better.

Much like in good light the Mate 30 Pro's ultra wide angle camera captures significantly more detail than the P30 Pro's. It also gathers a ton more light and manages to expose correctly in situations where the P30 Pro ends up with dark and noisy shots. Substantially better dynamic range in low light is also in the Mate's favor. It does have one pronounced issue though, and that's its tendency to flaring under certain conditions (the conditions in our case being a street light right above the phone).

We pointed out that the Mate 30 Pro does some weird things when you engage Night mode on its ultra wide and outputs cropped images in non-native 4:3 aspect with different color rendition. Night mode against Night mode, the P30 Pro's ultra wide is better, but the Mate's ultra wide is so much superior in Photo mode that this comparison is mostly irrelevant.

Bluntly put, the telephotos at night are best avoided on both phones. You never know if the phone will use the actual telephoto or zoom in from the main cam, and stabilizing shots at these long focal lengths is no easy task for the Night modes either.

The Mate 30 Pro has an awesome camera setup that takes great photos across all sorts of different conditions - but we already knew that. How it fits in the Huawei lineup is a little tricky, however. 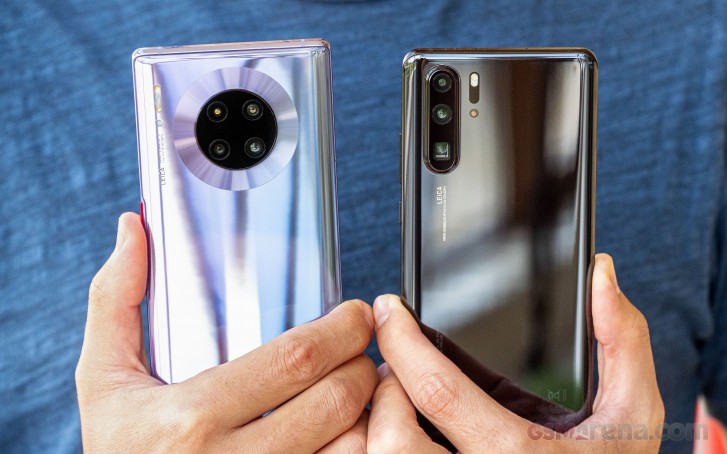 On the one hand, it has a vastly superior ultra wide angle module to the previous bestest P30 Pro (even if we would prefer it to go at least a little wider). But then the P30 Pro still wins hands down for reach with its 5x telephoto, which is also optically much better than the Mate's 3x. Now, if you find 5x too long, the Mate's unit might be a better fit, though the P30 Pro's in-between magnifications weren't half bad, were they.

Isn't it time we can have everything in one place, finally?

seems to me not that much difference. I also never understand overhype from youtubers about gcam crap We, the normal people, don't care so much about detail, but care mostly about overall ease of use and good color.

Mate 30 Pro make a job in normal mode and good light which should do P30 Pro, but it doesnt - because engineers concentrated on zoom and night shots and neglected normal mode which we use the most... Agressive processing, sharpening etc. make that ph...

I would. Colour exposure and colour saturation is easy to see even without any zooming whatsoever. But when it comes to overall quality, I do need to zoom in. Even at scaled down res, I still can see the details on a certain pic. If you are are sharp...