Huawei unveiled its latest foldable flagship, the Mate X2, and (as expected) it features an inward folding design. Interestingly, the phone is wedge shaped – it’s thickest near the camera module and it gradually slims down to just 4.4 mm on the other end. The camera end is the thickest part and for good reason – this is the first foldable phone with a periscope lens.

Both screens are OLED panels with 90Hz refresh rate. The internal panel supports DCI-P3 colors, the external one does not. The external one wins out in terms of touch sampling rate, 240Hz vs. 180Hz. 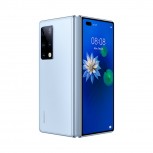 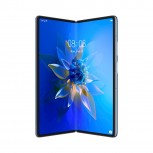 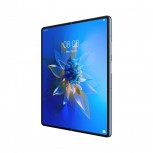 The inner screen boasts the industry’s first “magnetically-controlled nano optical layer”. That’s a fancy way of saying it minimizes light reflection and glare (reflectivity is below 1.5%, compared to 5% or higher for the Galaxy Z Fold2). There’s no ultra thin glass, however.

The hinge design allows the phone to be closed seamlessly (i.e. without a gap). Inside, the OLED panel forms a teardrop shape to minimize creasing. Huawei used advanced for its hinge design – Zirconium-based liquid metal and carbon fiber panels – which helped reduce weight. The whole thing is still pretty heavy at 295g, however. Still, most of that weight is at the thickest part, so you can still comfortably hold the phone without it tipping over. You can close it with one hand.

The quad camera on the back (co-developed with Leica) is built around the 50MP main module with a 1/1.28” RYYB sensor. It has an f/1.9 aperture and supports OIS and can record 4K video. Thanks to the second screen, it can be used to shoot selfies too.

Next up is the 10x periscope lens (f/4.4) with OIS and an 8 MP RYYB sensor. It offers 20x hybrid zoom and up to 100x digital zoom. There’s also a mid-range zoom module with a 12MP sensor, 3x optical magnification, f/2.4 aperture and OIS.

An ultrawide module is available too with a 16MP sensor. It doubles as a macro camera as well (2.5 cm distance). The exact focal lengths for the lenses are 17mm, 23mm, 70mm and 240mm. 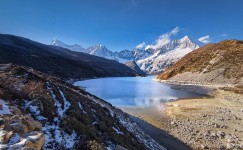 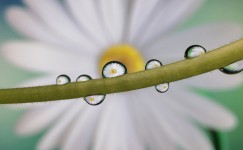 There is only one “front” camera and it is on the secondary display. This means that the large inner display is free of holes and notches, but also that you can’t use it for video calls. Also, there’s a fingerprint reader mounted on the side, which is handy if you need biometric authentication while the phone is opened.

The Huawei Mate X2 is powered by the Kirin 9000 chipset. Unlike the competing Snapdragon and Exynos chips, this one is fabbed at TSMC’s 5 nm foundry. It has four Cortex-A77 cores (one of which runs at 3.13 GHz) and four A55, plus a Mali-G78 MP24 GPU.

Interestingly, the official specs list the OS as EMUI 11.0 based on Android 10. We were expecting HarmonyOS out of the box. Anyway, the phone has 8 GB of RAM plus 256 or 512 GB of storage.

And a 5G modem, of course. Huawei carefully planned the antenna placement so that you get a strong signal regardless of how you hold the phone (and whether it’s closed or opened). In typical Huawei fashion, this is a dual SIM phone where the second SIM slot can accept a NM memory card.

A number of accessories will be available for the X2. One is a protective case with a built-in kick stand, another is a clever car mount that can hold the phone in both folded and unfolded states.

Mate X2 accessories: case with kickstand • Car mount that can hold the phone in both folded and unfolded modes

Huawei confirms Mate X2 will be powered by the Kirin 9000

I love how everyone is making fun of the 8 gigs of RAM that the Mate X2 has. However, the true case is that 4-6 is the minimum. The evidence is how Apple manages its RAM so intelligently. The iPhone 12 Pro can easily keep two dozen apps running ...

Huawei never done hood screen panels. Now with no GMS and certainty for future, it even spoils more.