Huawei unveiled the foldable Mate X back at MWC 2019, but has been delayed a couple of times since. Originally supposed to launch in May, the trade war between the United States and China meant that nobody is able to purchase it yet.

Richard Yu, CEO of Huawei, promised the device will arrive in October, and almost in the middle of the month a report from China says the Mate X is already in mass production and that last deadline will be met. 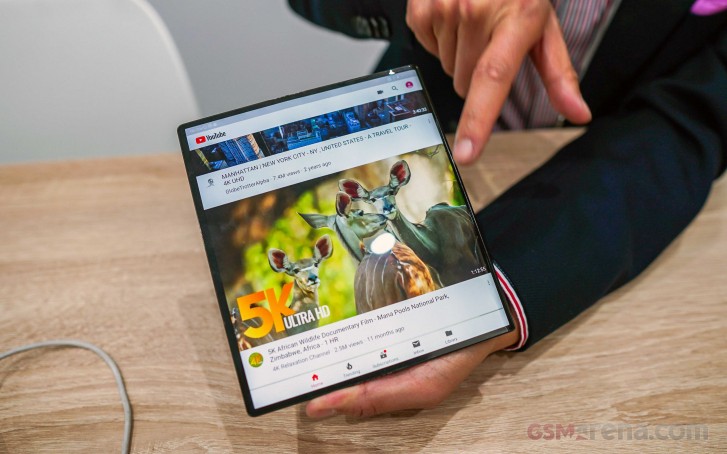 The news outlet of the Sina Technology Company reported that the production of the foldable screen is “very difficult”, which is hardly surprisingly considering the revolutionary product it is.

There were two main delays in the period from the unveiling to the launch - the first was to adjust the ruggedness and durability of the folding screen, following the reports of the faulty hinge of the Galaxy Fold.

The second delay was for the company to optimize the user interface, so it can better use the folding screen - with the outward fold some apps might not react well to the change of orientation and screen usage. Clearly Huawei wants to clear all bugs and issues before pushing the Mate X to the market in order to avoid what happened to the Samsung Galaxy Fold.

The device was announced with a price tag of around $2,250. We are expecting the launch to see whether it will remain the same and if the company has decided to upgrade from the initially announced Kirin 980 chipset to the 990 that was introduced last month.

Huawei support says the Mate X will launch in October

Huawei Mate X could be out next month, with one version boasting the Kirin 990 chipset

A plastic screen on the outside? No thanks.

Huawei has paid Korean Samsung employees to pass them display tech in the past. If I recall correct the Korean got done for espionage and sent to prison. Was a huge deal in Korea because Samsung's rise is centered around displays (and memory chips). ...

Except for particularly corrupt countries like China and Russia, who regularly plant and fabricate evidence, prosecutors need evidence to prosecute. https://edition.cnn.com/2018/11/30/tech/samsung-china-tech-theft/index.html The only reason SK sh...