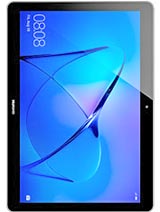 Bought this model for my son with 16gb internal memory. He has ONLY one game installed and the bloody thing constantly states that memory is full. The fact that HUAWEIs apps is taking up 50% of the storage is ok for them I guess. Why launch a model that has so bad performance, you can basically run the calculator app on it, but nothing else.

Anonymous, 21 Jul 2021Some models, like mine, did get the Android 8/EMUI 8 update... moreI have an European model as well and it doesn't update past EMUI 5/Android 7. Huawei did a hardware revision on the model and the older model cannot be upgraded to EMUI8/Android 8. There is no indicator anywhere to see what model you have/will purchase. Both models feature the same Snapdragon 425, but the rest of the hardware is different.

The greatest POS i ever bought, it says that it support sim card on the box, in store salesman tells me that it supports sim card on the tablet is an option for mobile data but nooo, this POS electronic device has no sim card slot. Only SD card and that is not working like it should.... Never again Huawei. Maybe the phones are good but everithing else is just POS.

Anonymous, 20 Feb 2021This tablet got android 8 or is it still stuck on android 7?Some models, like mine, did get the Android 8/EMUI 8 update. For reference, I'm in Europe. It also kept getting security updates until about 2 or 3 months ago.

This device is useless, the internal memory is almost totally consumed by the operating system. Once you add a few apps you're out of memory.
If you add an SD cart it cannot be formatted as internal, so nice device but it needs a software update to allow contiguous internal memory with an SD card

Anonymous, 20 Feb 2021This tablet got android 8 or is it still stuck on android 7?stuck on Android 7

Anonymous, 20 Feb 2021This tablet got android 8 or is it still stuck on android 7?Unfortunately, it´s still stuck in Android 7, and for sure won´t get any upgrade ever...

This tablet got android 8 or is it still stuck on android 7?

Waqar masood, 20 Dec 2020Crap storage too. 2 GB is not enough, you have to insert a ... moreWhat is the support SD card pl for this tab HUAWEI MediaPad T3 10

Could know the compatible SD card for this tab

Mine is AGS-W09 and cannot update

Anonymous, 05 Dec 2020Is only suitabe if you using it for reading and watch video... moreCrap storage too. 2 GB is not enough, you have to insert a SD card! 😭.

This is the worst tablet I have ever had the misfortune of being gifted. If your considering buying a Huawei tablet because its cheap and you think you are a simple person, just know that your going to be dealing with the regular android bs of one-time only firmware updates plus mass data-mining by companies who have their spyware pre-installed without your consent on this crappy tablet. This device is the epitome of everything wrong with licensed Android devices and Huawei; even Samsung, who are equally guilty of the marketing tactics of Huawei, cannot build a tablet this bad. Its my firm belief that no buyer outside of China should ever consider receiving any variant of Huawei's tablet lineup, even if its a gift, because not only can you not fix it yourself with custom ROMs to make it more privacy-friendly and usable, but because you can't fix it in the first place.