The Huawei nova 10 series premiered in July, but their European launch happened a couple of months later, in a jam-packed season full of Apple and Xiaomi phones. And yet, just by looking at this Huawei nova 10 Pro, we have here today, we can certainly feel a breath of fresh air, a step outside the established regularity.

Huawei's phone business has lost access to Google's services and 5G hardware for quite a while now. But this didn't stop Huawei from reinventing itself and its HarmonyOS with Android core did help a lot.

The nova series usually targets younger users with its fresh designs, powerful hardware and selfie-centric imaging kits in addition to the high-quality rear cameras. And the new Huawei nova 10 Pro does offer everything we mentioned, and even more surprises like a 1200p AMOLED and 100W fast charging.

Indeed, the incredibly thin body of the Huawei nova 10 Pro will speak to many users right after the first look. It has a unique design with an even more extravagant camera island on the back. These, along with the nova logo, make the nova 10 Pro an immediate standout among other Android phones.

The 6.78-inch OLED offers a higher resolution than your typical Full HD, and there is 10-bit color depth, 120Hz refresh rate, and HDR10 support. The pill-shaped notch around the top left corner accommodates the showstopper on the nova 10 Pro - the dual-selfie camera with a 60MP ultrawide angle and an 8MP telephoto shooter, both with AF. How about that?! 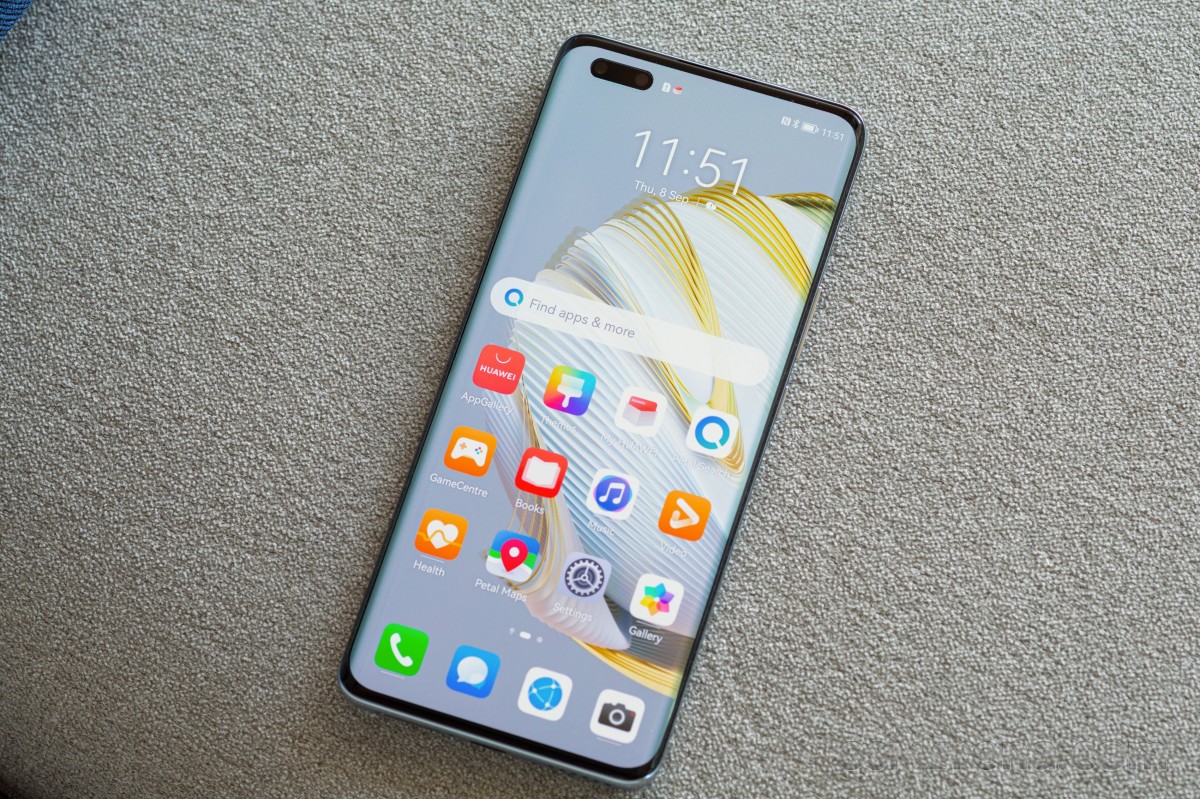 The rear camera island is more traditional yet still manages to offer some premium touches here and there. There is a 50MP primary sensor with an RYYB color filter, followed by an 8MP AF camera that shoots both ultrawide-angle and macro photos. The third and final eye on the back is a 2MP depth sensor.

Another great treat is the 100W fast charging for the 4500mAh battery, and the said charger is bundled with the phone, of course. As per Huawei's specs, it should recharge between 20% and 80% in just 10 mins.

The usual necessities like stereo speakers, NFC and an under-display fingerprint sensor are present, too.

There are three obvious omissions on the Huawei nova 10 Pro, with the first two being valid for any recent Huawei smartphone - we'll be missing the Google apps and services, as well as 5G connectivity. We also hoped to see at least an IP67 rating for dust and water protection, but Huawei has mentioned no ingress protection details whatsoever.

Now that we cleared what seems to be missing from a quick scroll through the specs, let's proceed and open the nova 10 Pro box and see what's inside.

The Huawei nova 10 Pro arrives in a tall white box, which contains the phone itself, the 100W power brick and a 6A-rated USB-A-to-C cable. 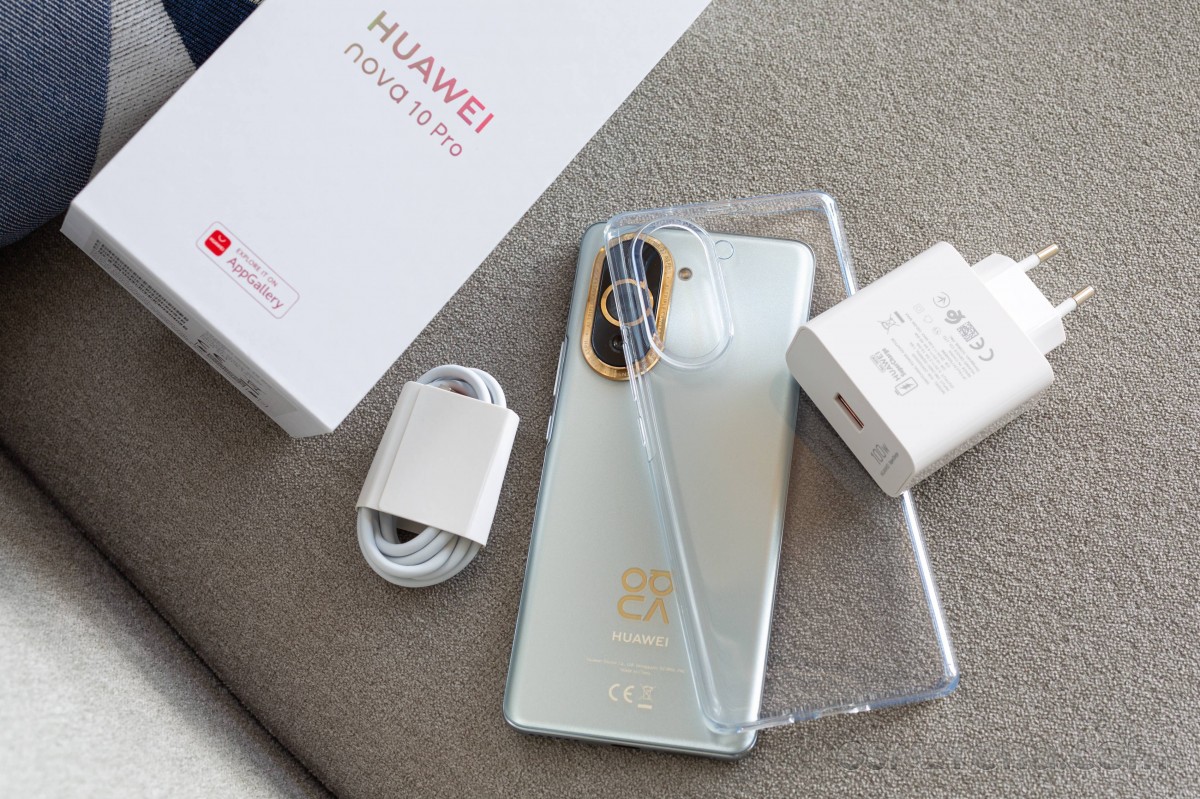 Inside the box, you will also find a soft transparent case, which will reduce the rear camera protrusion, but it will also take away from the thin profile we liked so much.

Finally, you also get a thin protective film already applied on the screen. It's a bit of a smudge magnet, and we peeled it off for test purposes, but we did appreciate having it.

Camera is a step back. Nova 9 was noticeably better in low light. Nova 10 Pro is almost same as P50 Pro, which was also worse than Nova 9. Nova 10 Pro/P50 Pro are just lightly better than S22 and quite much better than iPhone 14 Pro. Mate 50 Pro doin...