Tomorrow, Huawei is holding an event in China during which it will make the nova 2 smartphone official. This successor to the original nova from last year has been the subject of many leaks recently, as well as a teaser campaign put forth by Huawei.

And now, as we enter the last few hours before the announcement, someone has recorded a blurry ten-second hands-on video showing the blue Huawei nova 2. You can see the most relevant captures below, if you don't mind their low quality. 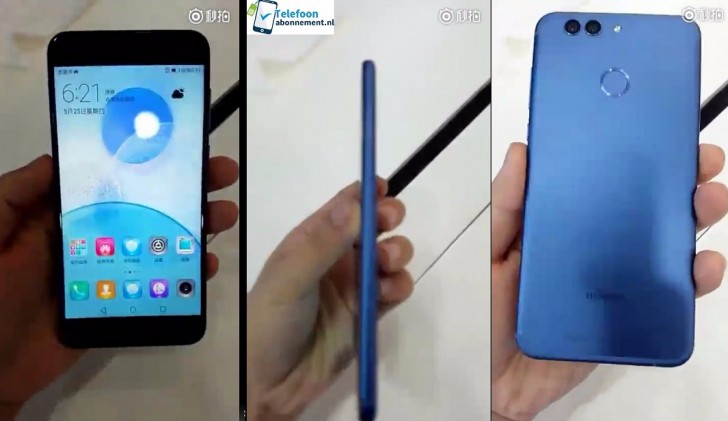 This once again confirms the design of the nova 2, which is quite a departure from what we've seen in its predecessor - which had a more Nexus 6P-like look, especially on the back.

this was released in Nigeria as huawei GR3 2017 edition about a month ago and its priced at 86k.