Last week we saw a leaked render of the Huawei nova 6 which revealed the phone's design. The smartphone also appeared on TENAA sporting model numbers WLZ-AN00 and WLZ-AL10 - its 5G and 4G variants, respectively. Now thanks to 3C, we know the 4G model will support up to 40W charging speeds.

The 3C listing of the nova 6 4G reveals the phone will ship with the HW-100400C00 adapter, which supports 40W charging speed. The listing doesn't reveal any other details about the nova 6, but the render that surfaced last week did confirm a few things about the phone like a quad camera on the back, a dual camera on the front, and a punch-hole display. 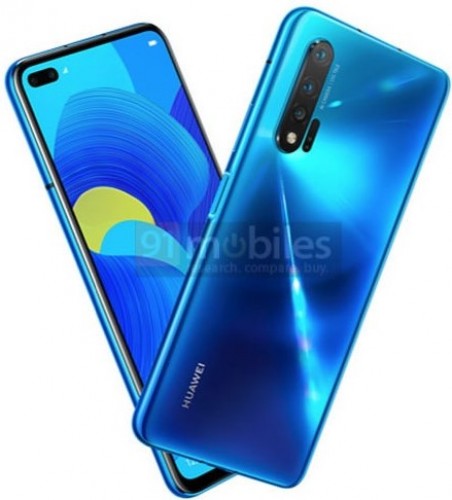 There's no word from Huawei yet about the nova 6, but rumor has it that it will arrive in December.