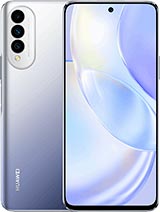 Platform , 04 Aug 2021That “no Google Play Services” is a trash HAHAHAYeah Sure, stick with your apple or galaxy device

Platform , 04 Aug 2021That “no Google Play Services” is a trash HAHAHAVery nice

That “no Google Play Services” is a trash HAHAHA

This Phone is very beautiful but I don't know why you still use kirin 710. This should be 200 dollars at most. This design should go with an upper midrange Chipset.

Is this phone good

Dudenoway, 29 Jul 2021There are many better value for money phon ewith headphone ... morethank you, i am now aware of my options

Alpha8900, 29 Jul 2021Is this some sort of joke ? Android 10 with no Google play ... moreAll of what u said is accurate except for the fact thta honor is separate from huawei now and honor launched this device(it wasn't launched when huawei owned honor) so blame honor not huawei

Girlfriend Gearest, 28 Jul 2021finally, a phone for me! (it has a headphone jack)There are many better value for money phon ewith headphone jack. I beg u don't buy this crap for like 250 euro.

GG11, 28 Jul 2021Please don't buy this phone! This phone processor is o... more732g compared to this processor is double the power

Is this some sort of joke ? Android 10 with no Google play services when android 12 will soon be released, just 60Hz refresh rate when most devices at the same price or less have at least 90Hz display,low battery capacity.400mAh is small for a 6.6 inches device. Huawei should have provided at least 5000mAh. They are really dreaming. This phone might not sell well as there a lot of better deals out there for the same price or less.

Please don't buy this phone! This phone processor is old. Go put it against maybe like Snapdragon 732G or whatever processor