The Huawei nova 9 rocks premium looks and feel, even though the materials aren't all flagship-worthy. We have glass front and back while the frame remains plastic. Huawei isn't very clear about the glass sheets either, so we would assume it's not Gorilla Glass. 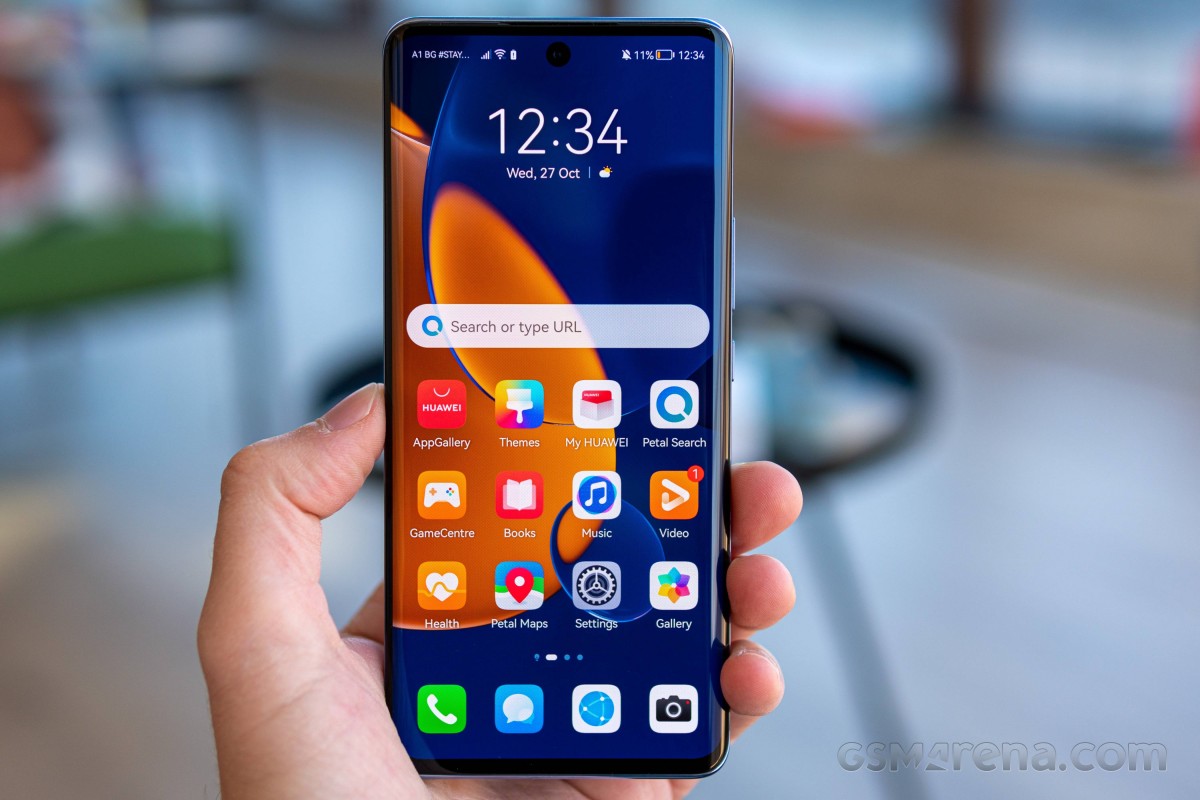 Still, we really like how the handset feels in hand and how exceptionally light it is. At just 175g, the nova 9 is probably one of the lightest handsets in the 6.5"+ category. And the back design might not be everyone's cup of tea, but there's no denying that it makes the handset stand out. The camera island and the quirky "nova" inscription, in particular.

The camera bump is protruding quite a bit, and the main 50MP camera is accented with a ring around it, whereas the other three sensors are housed within a secondary ring with no accents. 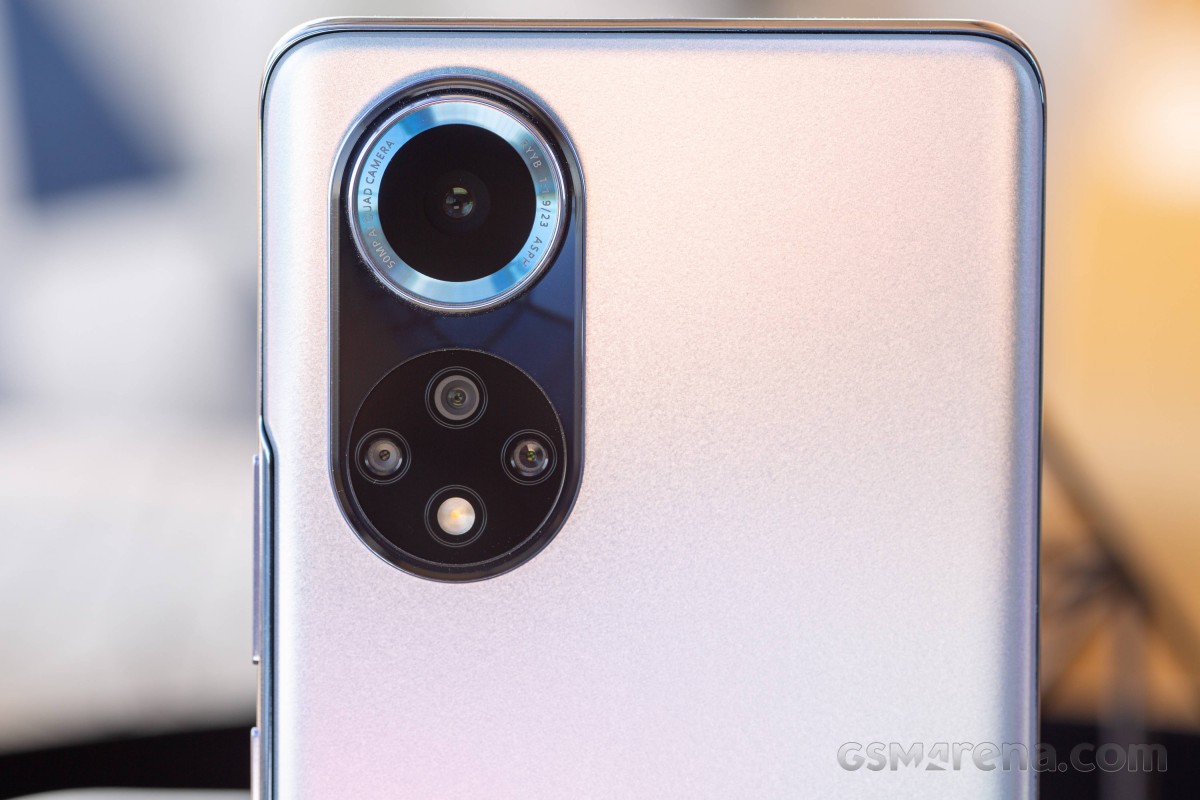 The glass back comes in several colors for the Chinese market, but only the Starry Blue and Black colors made it to Europe. We have the former with us, and to be honest, the color shift is so drastic that it's hard to tell if there's any blue at all. It's still looking pretty fresh, though, and the Black one should be clean enough for someone looking into more simplistic looks.

The frosted finish is just right. Makes the phone a tad grippier than the plain glass surface and doesn't allow fingerprints to stick. In fact, you need to be looking for those fingerprints under certain light to see them. That's a huge bonus not having smudges all over your phone. 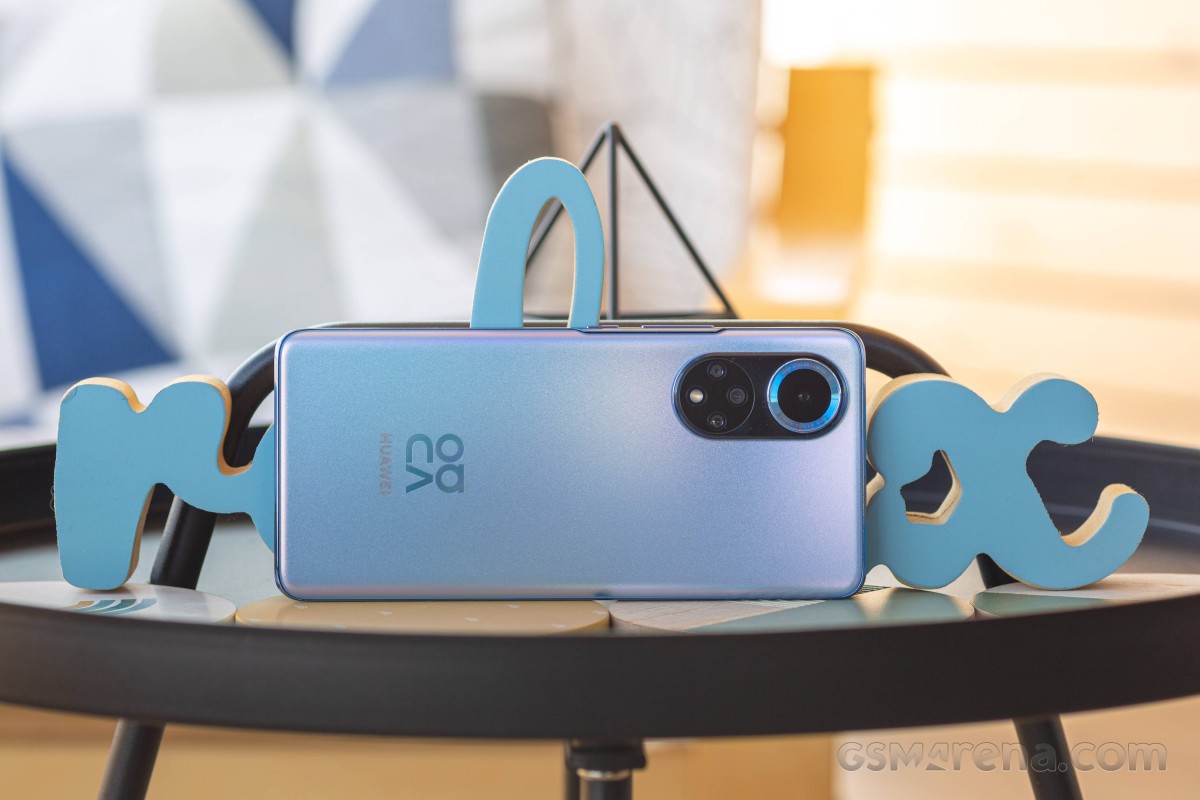 Anyway, the glass back is curved just like the front - a bit on the aggressive side. Most brands reserve their curved screens for the premium models, but we have Huawei's typical waterfall-like screen on the nova 9 series as well. That's a rather polarizing feature, so we let you decide if you like it or not. 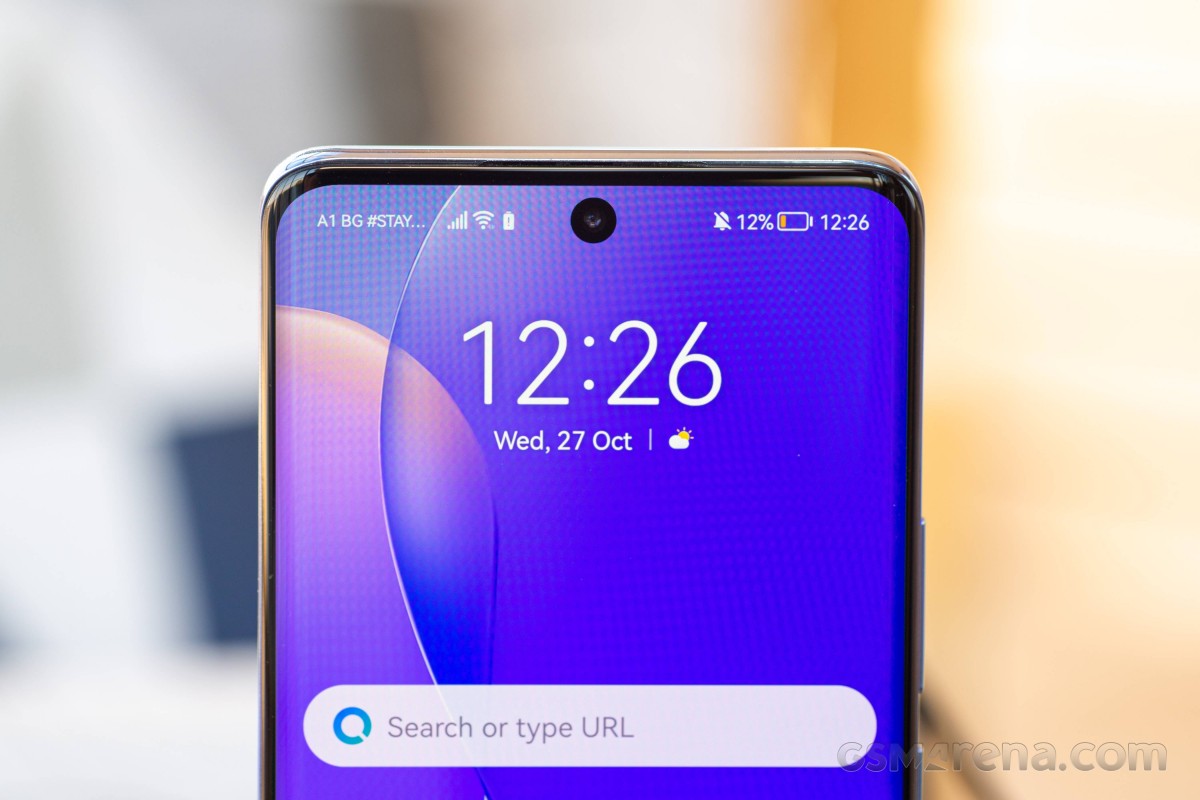 Whatever the case may be for you, it's clear that the nova 9 has modern looks. The side bezels are a bit on the thick side, but the curvature makes them look skinny. The top and bottom bezels seem pretty symmetrical, giving the handset a more complete look. We didn't like the centered punch-hole that much because it's a bit bigger than we would expect on an OLED screen. It's not a deal-breaker, nor does it obstruct the image considerably more, but it's worth noting. 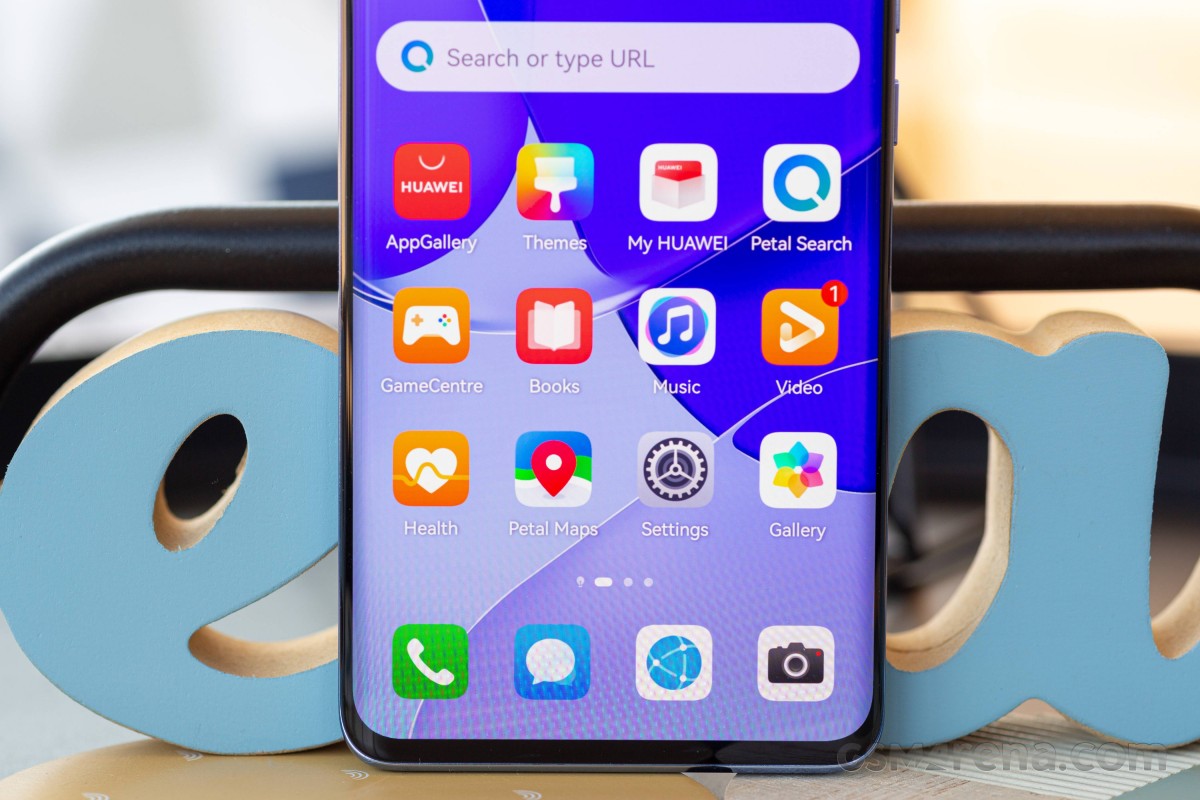 Now, the side frame is a different story. It's made of glossy plastic, and smudges are pretty easy to spot. Luckily, the sides are super thin, and there's not a lot of room for fingerprints. And the top and bottom parts are flat and frosted as well, so no grease there either.

The bottom end houses the USB-C connector, the speaker grille and the SIM card tray. The latter can hold only two SIM cards, and there's no room for microSD. 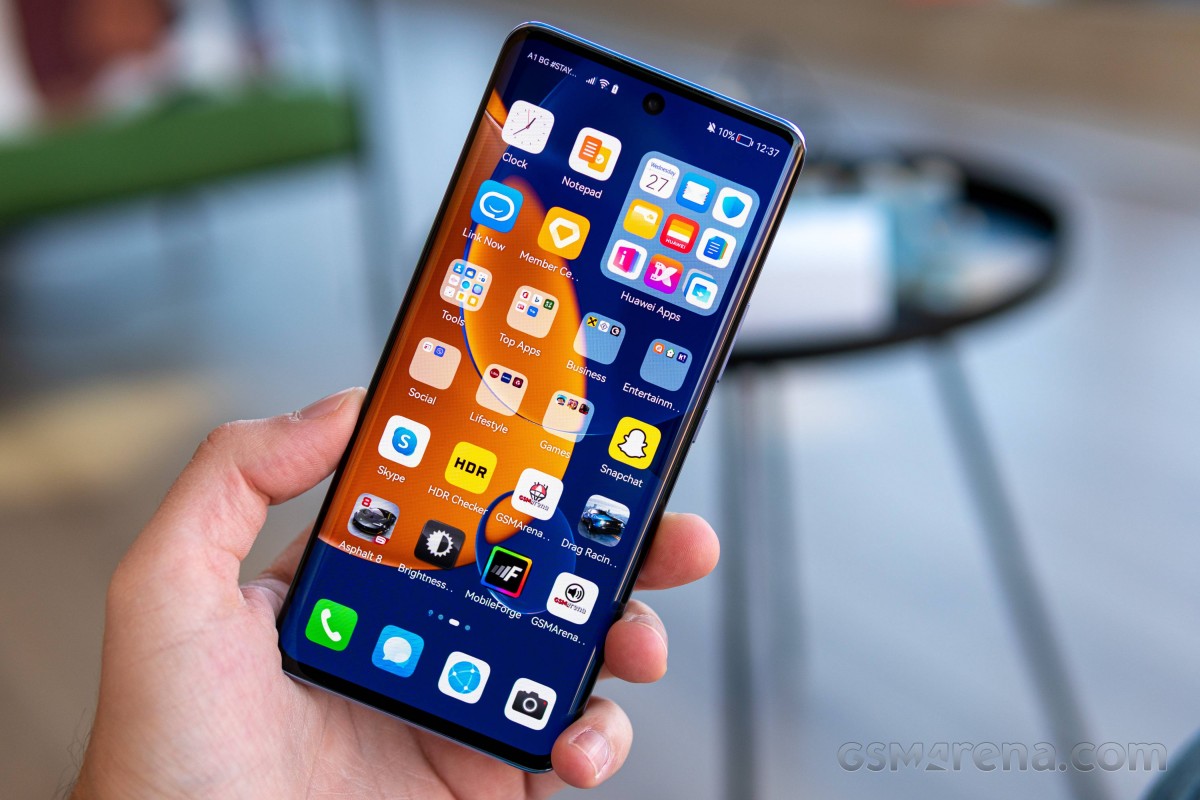 All in all, there's little to complain about the nova 9's design. It's light, thin and doesn't let fingerprints stick. But if we need to be more critical, there are plenty of options out there with Gorilla Glass protective sheets and some sort of ingress protection.

bro... each huawei phone with snapdragon chipset have heating issue

I have just bought my new Huawei nova 9 everything else is good the only challenge l have is the heating up, any ideas, am not a heavy user the heating is just annoying

I think what he meant was chinese brands.