The nova 9 design is quite distinctive, particularly from the backside - a desirable trait in the current, oversaturated smartphone market. 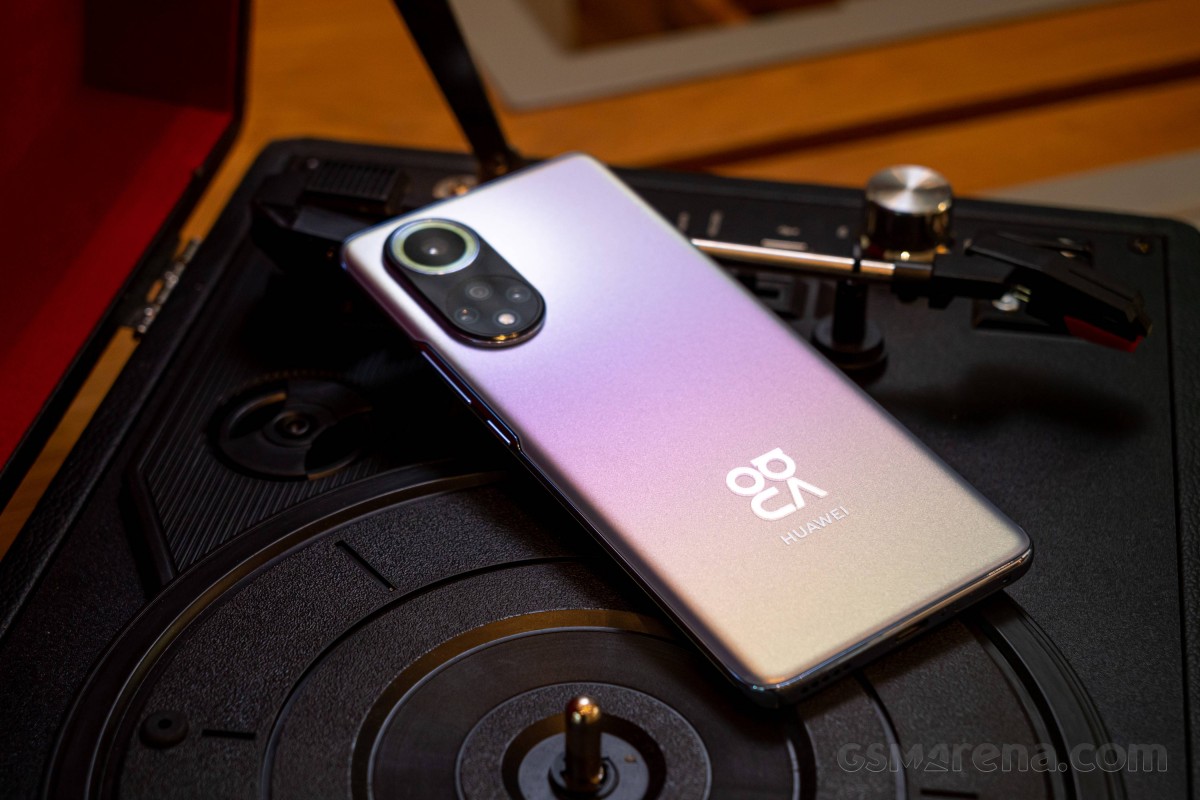 The camera island certainly stands out, particularly with the accent ring around the main 50MP camera. The colors themselves are a nice mix between eye-catching and upscale. Originally, the Chinese nova 9 and 9 Pro have four color options - Black, Blue, Green and Violet. The European nova 9, however, will be offered in a choice of either Starry Blue and Black. 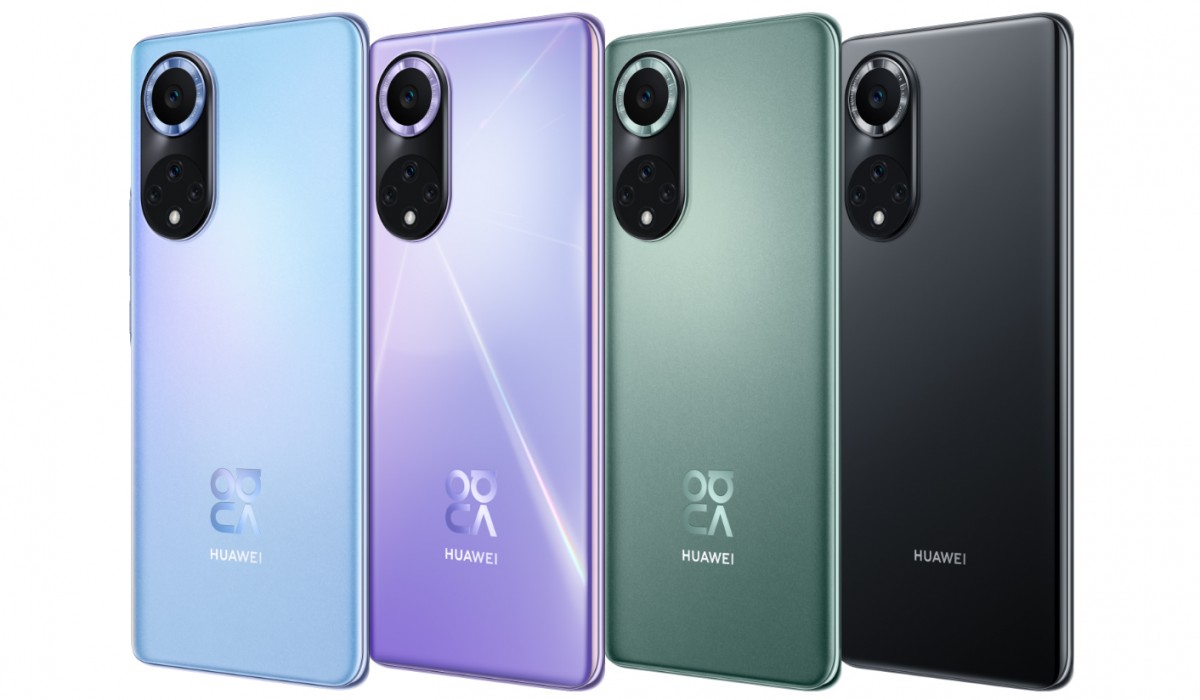 The finish itself is frosted, particularly noticeable on the black variants.

The surface feels great in hand, and it's really hard for any fingerprints to linger on it.

The included "nova" text on the back, with scrambled and rotated letters, is a pretty playful accent, yet not over the top. Looking at official renders, it seems Huawei decided to leave it out on the black nova 9, presumably to make its look even more inconspicuous. However, the black unit we saw still has nova branding, which is perhaps worth noting. 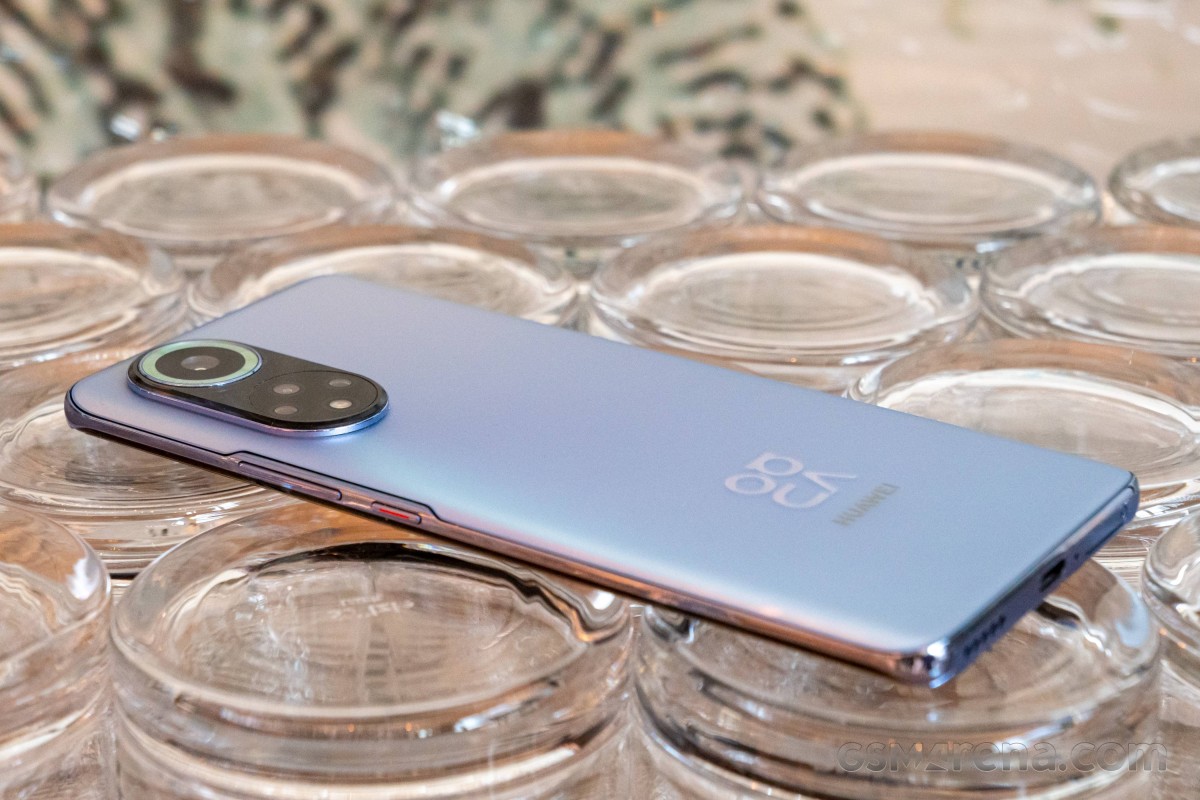 The middle frame ties the design together pretty well. It is quite thin on the sides to accommodate for the curved glass folding into it. It's definitely a modern look and works well for handling, with the only downside being small buttons, due to limited space.

The frame is flattened-off on the top and bottom, making for a pretty modern look.

Moving on to the front, surprisingly, the regular nova 9 and nova 9 Pro still manage to look impressively similar. While it is fairly common for manufacturers to reserve a curved display for their top model and go for a simpler, flat one for the cheaper model, this is not the case with the nova 9. 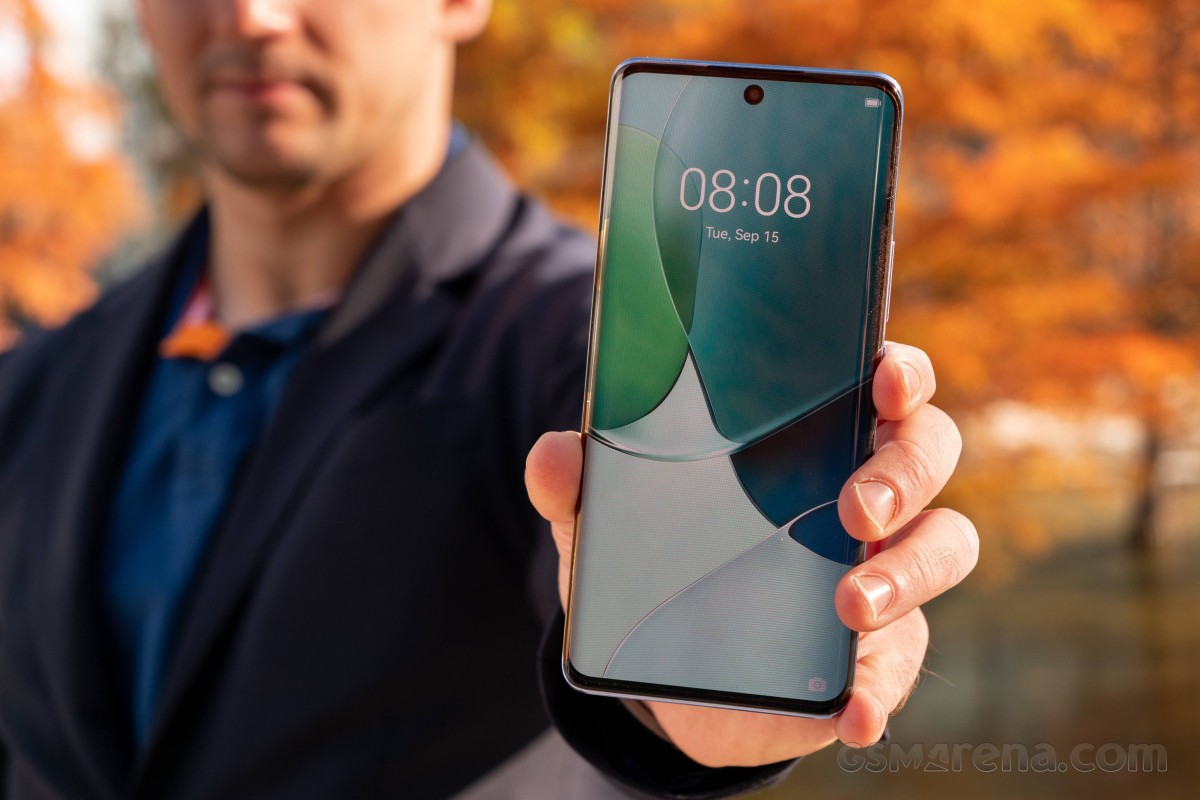 The front on both nova 9 models is pretty aggressively curved, which does add to the overall look, but might not necessarily be your cup of tea. That comes down to preference, though.

In terms of differences, the selfie camera notch instantly stands out. Even though the one on the nova 9 Pro houses two cameras and is overall bigger, the cutout itself is also tighter than on the nova 9, which arguably makes the nova 9 Pro's notch less obtrusive. We can't confirm that before we get some hands-on time with the Pro, though. 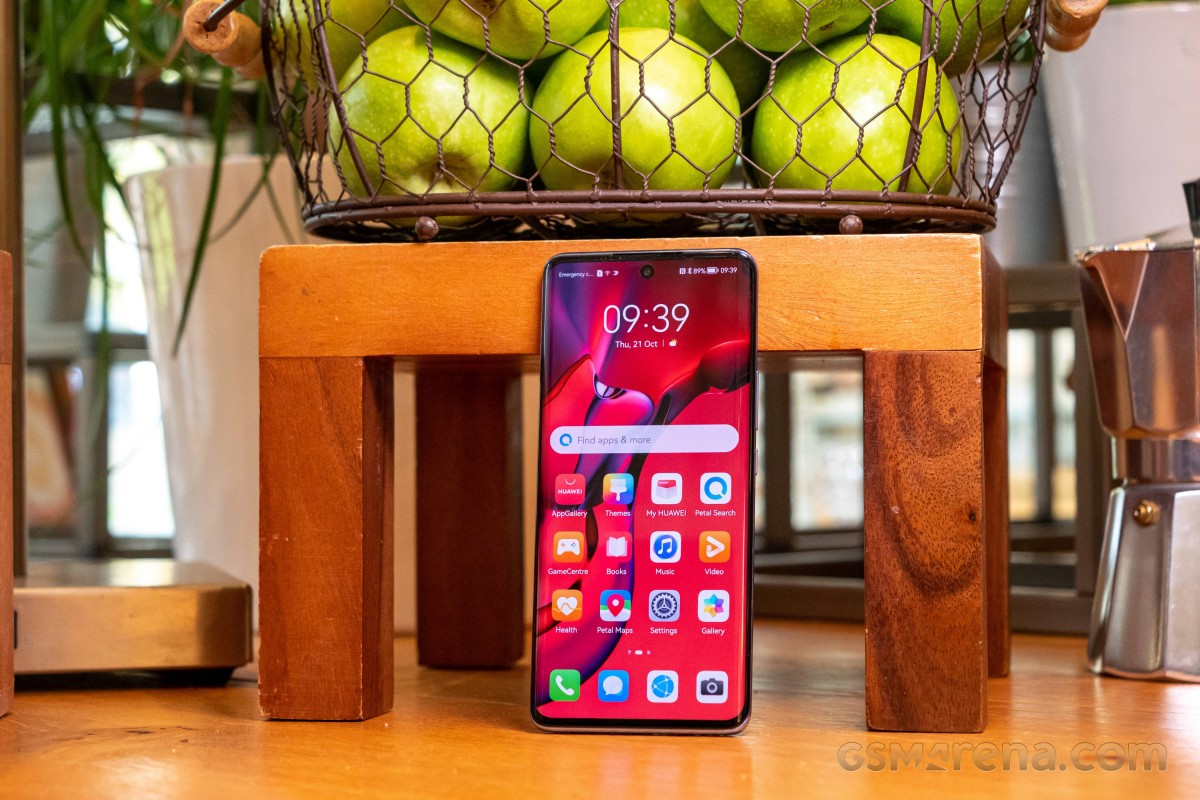 The selfie punch hole on the vanilla nova 9 is on the bigger side, but nothing outrageous. Overall, the design looks very slick and modern.

The nova 9 employs a common "sandwich" design. In this particular case, a plastic frame sits between two curved glass panels on the back and front. The overall construction both looks and feels great. There is practically no flex whatsoever.

On notable omission on both the nova 9 and nova 9 Pro, however, is ingress protection. Officially, there is no IP rating.

The Huawei nova 9 has a pretty standard controls layout. The volume rocker and power button sit on the right frame. As we mentioned, these are quite thin due to space limitations. Even so, the buttons themselves feel great and have satisfying tactile feedback. Although arguably useless, we still kind of like the little red accent strip on the power button. 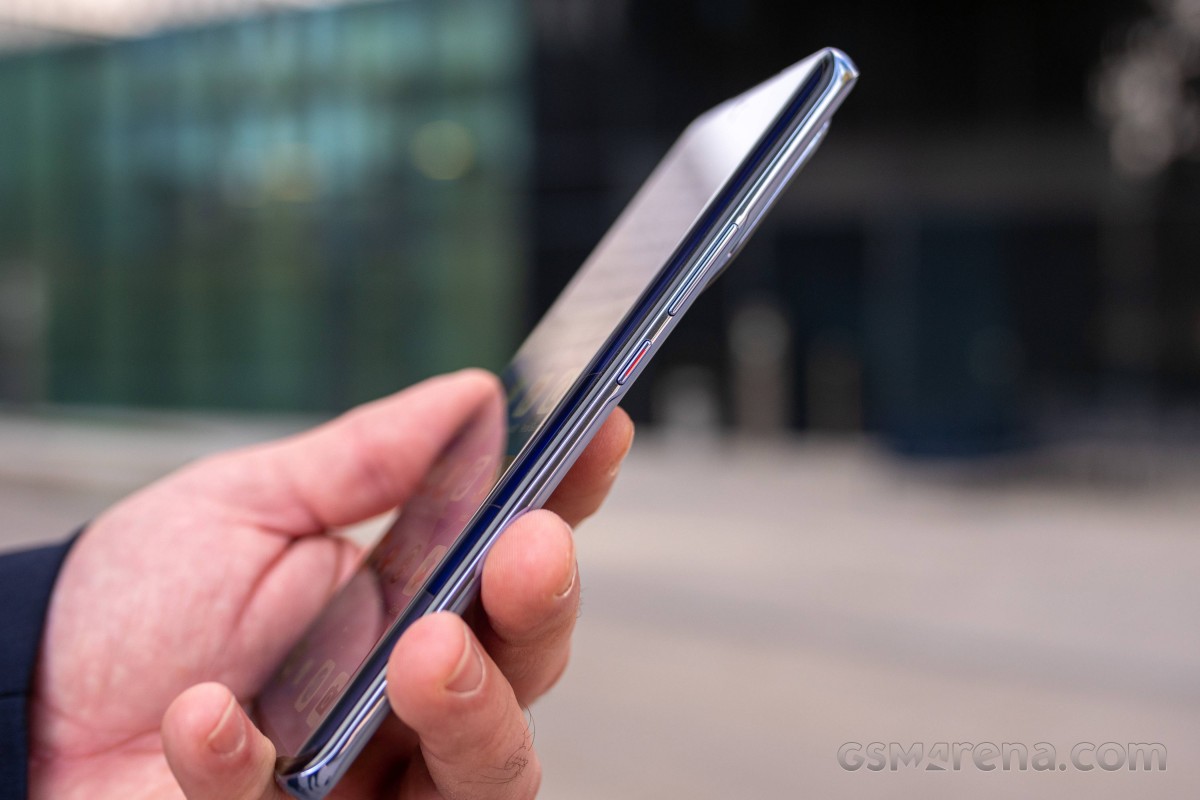 There is absolutely nothing on the left frame of the nova 9.

The top is almost empty too, just housing a secondary, noise-canceling microphone and a dual Nano-SIM or single Nano-SIM card slot, depending on which version you get. There is no expandable storage here.

The bottom of the nova 9 houses a single, bottom-firing speaker. Both the nova 9 and nova 9 Pro notably lack a stereo speaker setup. Not even a hybrid one. No 3.5mm audio jack either. Next to that - a pair of microphones and a USB Type-C port, with a USB 2.0 controller and OTG support.

The nova 9 is equipped with an under-display fingerprint reader. Seemingly, both phones share the exact same optical reader. In our limited testing, we found it to be very accurate and quite speedy. 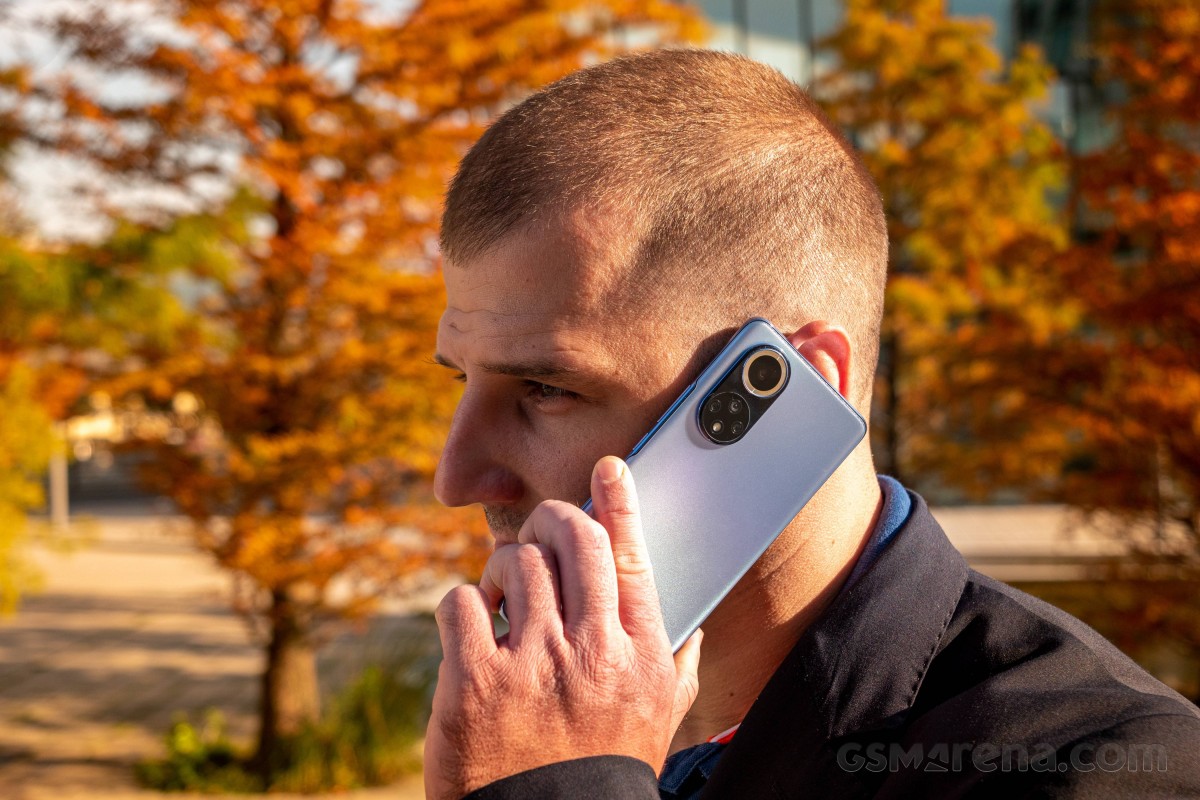 In terms of additional connectivity, both phones have NFC. Also, a slew of radios, courtesy of the Snapdragon 778G chipset. This includes dual-band Wi-Fi 6, Bluetooth 5.2 with A2DP and LE support and a tri-band A-GPS, with GLONASS, BDS, GALILEO, QZSS and NavIC support. All courtesy of Qualcomm's FastConnect 6700. 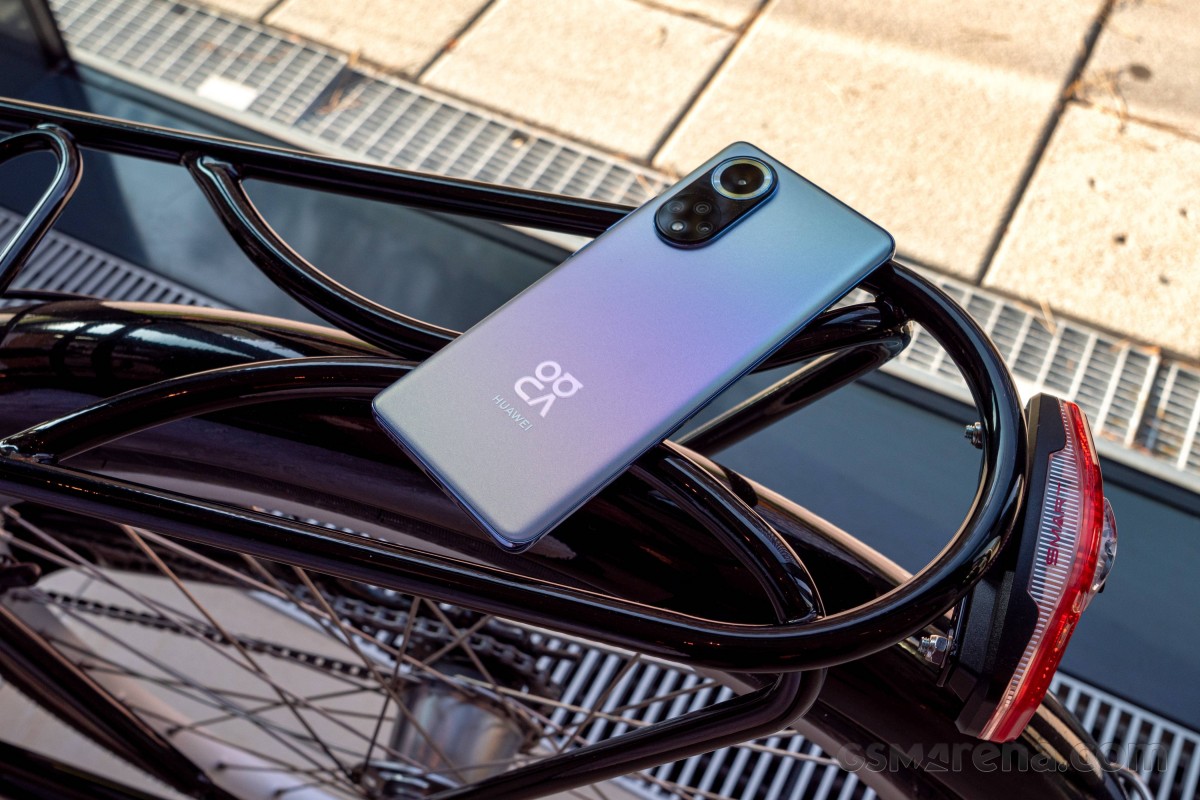 Speaking of modems, this is a good time to address the elephant in the room, namely that the Snapdragon 778G is traditionally a 5G-capable chip, thanks to its internal X53 modem. However, the Huawei nova 9 only offers 4G/LTE connectivity. This rather odd situation probably has to do with Huawei's ongoing chip shortage for its own Kirin silicon, which has mandated the reliance on Snapdragon chips. But also, Qualcomm's continued inability to legally sell 5G chips to Huawei. So, in essence, the tense US-Huawei and US-China relations are the reason why the nova 9 and nova 9 Pro get these odd 4G-only Snapdragon 778G chipsets.

The OPPO Reno6 5G is truly incredible I have been using it for a while, can't imagine that this quality comes from the phone without using filters or other apps to edit the picture The games review experience is really unmatched

Huawei Nova 9 is good but for me, it is still not viable due to the limited applications installed for the device usually for playing online casino like in casinodays.com