Huawei P10 and P10 Plus are now official with Leica selfies

Huawei pulled the wraps off the Huawei P10 and P10 Plus at the MWC in Barcelona just moments ago. The new flagship duo improves on design, display, chipset, and of course, the iconic Leica camera setups. 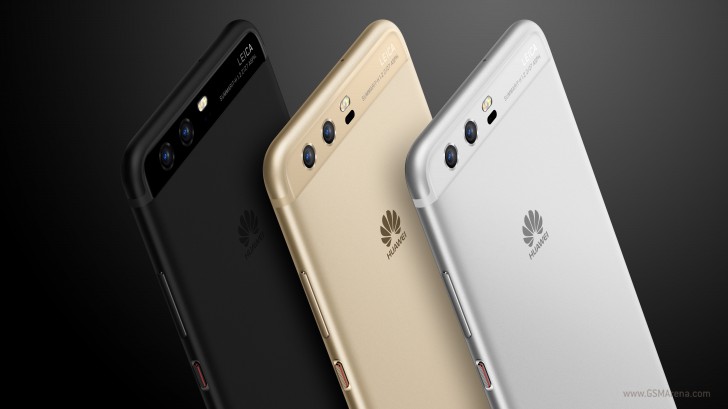 Huawei P10 has a refreshed design with a 2.5D curved Gorilla Glass 5 at the front, and an all-metal backplate with hyper-diamond cut and sandblasted finish. There are two iPhone 7-like antenna bands at the back, which are almost unnoticeable on the Graphite Black model. The P10 has a very unique appearance though, thanks to the long piece of glass emphasizing the Leica's setup. 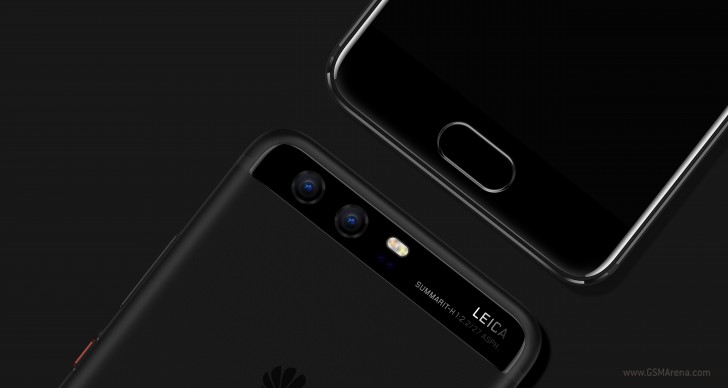 The new Leica setup is what most people will be looking at, and that's fine since the P9 was the first to establish the color+monochrome combo as a thing. As it turned out, the P10 features identical camera setup as the Mate 9 - a 12MP color and a 20MP monochrome sensors. Both come with f/2.2 lens, but OIS is available only on the color one.

Now, here's the kicker. Huawei is introducing a new Portrait Mode, which combines their Variable Aperture mode and Beautification. It is available on both the main camera and the 8MP f/1.9 selfie snapper. Even better, the front cam is now also Leica-powered, and with some software trickery it can offer live previews of these new bokeh effects (unlike the main dual-camera, which can't).

Huawei P10 moves the fingerprint scanner at the front, beneath the glass, and it's on the new Home key. Thanks to the new EMUI 5.1, you can now use the Home key as a multi-functional tool - one tap for Back, hold for Home, swipe for task switcher. We've seen this feature already in action on the Mate 9 Pro and we liked it very much. 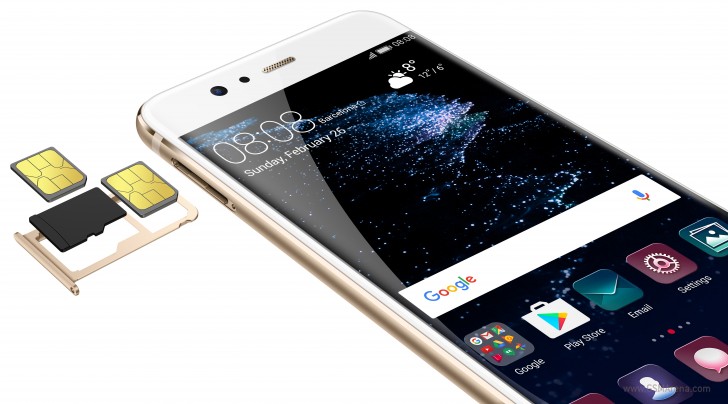 Huawei P10 has stereo speakers just like the P9 Plus and the Mate 9. It packs a 3,200 mAh battery and supports Super Charge. The Android OS is Nougat with the newest Emotion UI 5.1

Huawei, continuing the P9 tradition, announced a P10 Plus model, too. It packs a 5.5" IPS screen of Quad HD resolution, and keeps a similar design with the P10 Plus.

Huawei P10 Plus features the same camera specs and features as the P10, but the main snappers have wider apertures at f/1.8. This means you will get the same 12MP RGB + 20MP monochrome sensors at the back (at f/1.8), there is laser autofocus, two-tone LED flash, and 4K video recording.

The Portrait mode is available on the P10 Plus on both main and front cameras. The 8MP selfie shooter is Leica powered and supports live preview of the bokeh effects courtesy of the new Portrait Mode.

Huawei P10 Plus has another unique feature in addition to the new screen and wider apertures on the cameras. The handset supports the so-called 4.5G with 4 LTE antennas (4x4MIMO 600Mbps).

Finally, the P10 Plus has a bigger 3,750 mAh battery, which also supports Huawei's Super Charge.

Everything else is the same as on the P10 - stereo speakers, Gorilla Glass 5, a touch-sensitive Home key with a fingerprint sensor, Android 7 Nougat, EMUI 5.1.

Huawei P10 Plus will launch in Ceramic White, Dazzling Blue, Dazzling Gold, Graphite Black, Mystic Silver, Rose Gold, Greenery colors. It will be available on the same markets as the P10 this March. The 64GB option is priced at €699, while the 128GB model will set you back €799.

Tell that to the iPhone and the upcoming Galaxy S8.