The Huawei P10 has started receiving its first update. Arriving as build number VTR-LO9C432B113 and weighing in at 245MB, the update brings a couple of camera-related fixes, as well as optimizations for performance and stability. 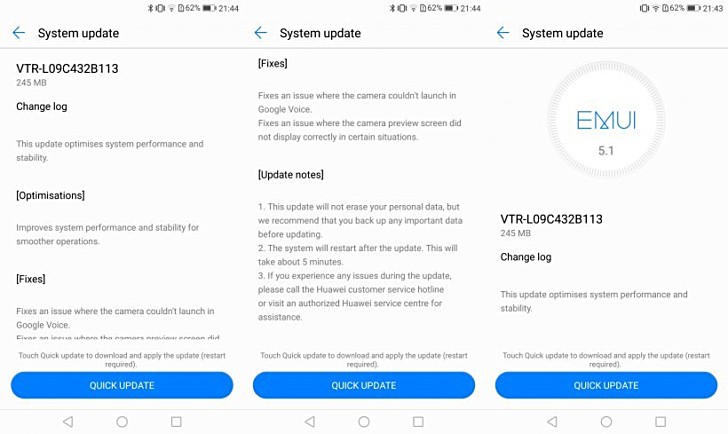 An issue where the camera couldn't launch with Google Voice has been fixed. Also fixed is the issue with the camera preview screen, which did not display correctly in certain situations.

Same camera as the mate 9 and they are not gonna to update it? Shame

A good update that should be welcomed by users.