Huawei P10 official unveiling at MWC is drawing closer one day at a time. But leaks surface faster than ever - after we showed you the blue, gold and green P10 color optionsin renders, now we see actual real-life photos of the device, leaked by the Federal Communications Commission. 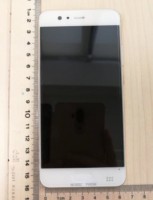 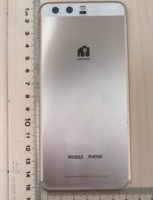 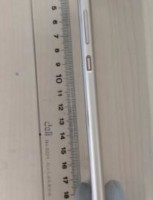 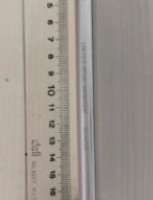 Back • Front • Right side • Left side

The new images hardly show anything we didn't know already - the P10 will look similarly to the Huawei P9 but with the fingerprint sensor mounted on the front. The back is metal, with antenna bands following its edges. The dual-camera setup is horizontal and once again, made in cooperation with Leica. The volume button and the power key are on the right side of the device, while the left is reserved for the SIM/microSD slot. 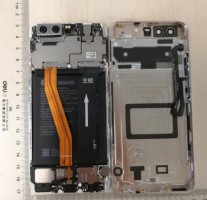 Huawei P10 is completely stripped by the FCC and we can see what’s inside the unibody of the phone. There is a dual SIM slot, one of which can be used for memory expansion. There’s also the motherboard of the phone. The image isn’t the best quality but we know the SoC is Huawei’s own Kirin 960.

Huawei decided that it’s too early to ditch the 3,5-mm jack so they put it next to the speaker and the USB-C.

Huawei P10 is going to be launched on Feburary 27 at the MWC in Barcelona. It will have several versions with different RAM and internal storage with accompanying different prices.

Huawei P10 Plus official promotional renders leak, portraying it in all its glory

Huawei P10 and P10 Plus versions and pricing leak

Stop lying out of your backside...

Was the fingerprint reader on the back not good?