A strange bird this Huawei P20 - a headliner without a spear. The omission of the triple camera is baffling, but as long as you give it a chance, you may be surprised. And if you don't dwell on what didn't make the cut, you should be able to see the P20 for what it is - one dazzling flagship.

The signature Twilight hue is among the things the P20 duo will be remembered for. It's available on both devices if you are lucky enough to reside in a region which stocks it, but the similarities don't end here. The notched screen is shared, as is the Kirin 970 chip which, even though is six-months-old already, is still relevant.

Now, the elephant in the room - the dual-instead-of-triple camera on the back. Yes, it's a step down from the more prominent P20 Pro but, fret not, this is not the same dual-camera we left on the Huawei P10 and Mate 10 Pro either. The 12MP color sensor is brand new and has much bigger pixels and thus we can expect brighter low-light images and less noise. 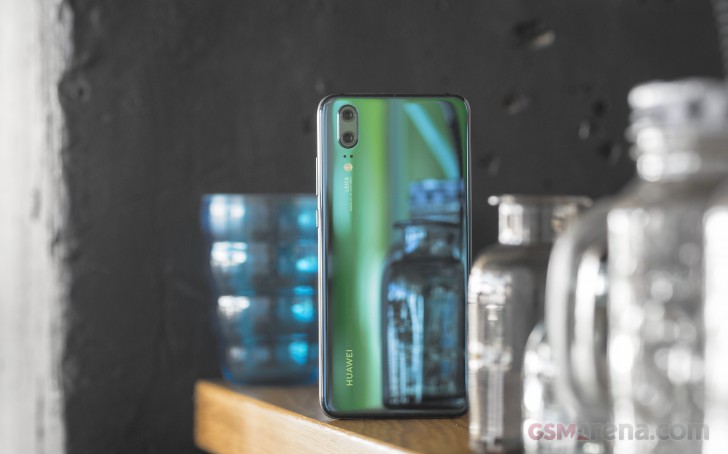 The MasterAI is also a thing on the P20, improving the way we take pictures by allowing for some previously impossible tripod-free long-shutter pictures. You can use lossless telephoto zoom, record 960fps slow-mo videos, but you can also switch to monochrome and take some artsy shots downtown. 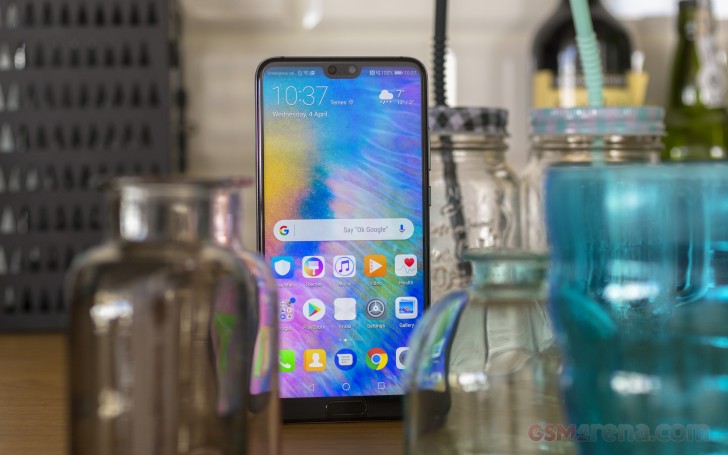 The 24MP selfie camera stays the same on both P20 phones, too. It may lack autofocus but can do Face Unlock and shoot portraits with blurred backgrounds in line with the current trends.

Seeing that Huawei didn't copy-paste its old dual-camera but instead came up with some notable improvements is enough for us to let the company off the hook here. We can even forgive the switch to IPS LCD screen which some might consider a downgrade from Pro's OLED.

The crime we can't let slide is the failing to secure the P20 body against water. It's beyond us why Huawei made water-tight only the P20 Pro, but it's not fair and puts even more pressure on the P20. The IP53 rating is not the best excuse for ditching the analog jack, and yet Huawei still opted for its retirement.

It's clear we are starting on the wrong foot, so let's pop this Huawei P20 out of its box and hopefully we get on the right one.

Fancy is not what the Huawei P20's white cardboard box is. But the maker has an excellent track record for bundles and this one doesn't disappoint. 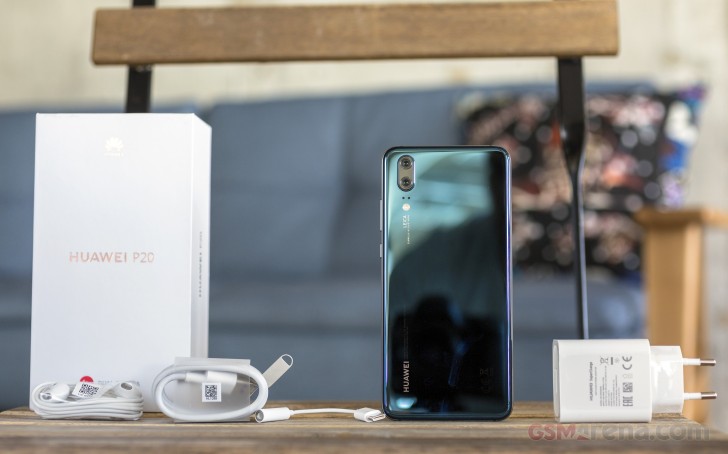 Inside that box, you'll find eye-catchy Huawei P20 packed with a 22.5W charging plug, an enhanced USB Type-C cable compatible with Huawei's Super Charge, a pair of headphones, and a must-have 3.5mm-to-USB-C adapter.

Same here. After 3 years and one battery change it's an amazing device.

I own this phone for almost 3 years now. Its incredible Im really bummed Huawei got blocked from Google services because i really wanna buy only Huawei phones from now, its durable, doesn't lag, battery charges incredibly fast, haven't ha...