Is it a bird? Is it a plane? Is it a submarine? The Huawei P30 Pro is none of those, although it does feature an innovative periscope zoom camera, a system that Oppo has been hyping up in the past few years. Only Huawei ended up shipping a smartphone with such a camera a few months before its competitor, with much less teasing beforehand.

That's an interesting achievement in and of itself, but the P30 Pro is much more than just its unique camera system. Sure, that's one of its main selling points, but have you seen the gradient color finishes? Also, let's not forget that this is still the Chinese company's premier flagship offering as the Mate 30 Pro will hardly see any attention without Google's service on board.

The P30 Pro might be the last high-end Huawei handset you can buy that has all of the Googley bits of Android built-in. This might make it an even more enticing proposition, unless you consider that there's a slight chance that it will, at some not very distant point, stop receiving Android software updates. 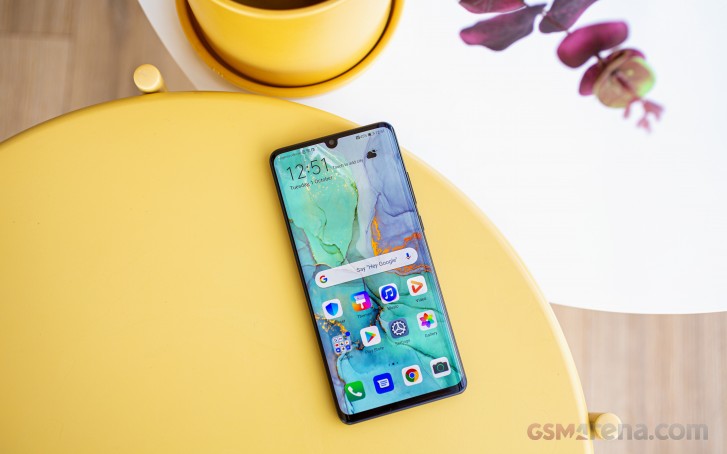 So, it's complicated. Right from the get-go, this is an attractive package. On paper, it has all of the flagship chops (except screen resolution), and it's the latest iteration in a range of Huawei high-end devices that have traditionally had fantastic battery life and excellent performance. Is it the Chinese company's swansong? The peak of its engineering, reached after years of painstaking work perfecting itself and its products? If Huawei does get banned by the US government forever, is this still a phone that you should definitely keep an eye on, if not outright run to the store and buy one?

Let's try and untangle all of this. Join us over the next few pages as we try to explain the P30 Pro to you from the perspective of having used it alone as our only smartphone for an extended period. We'll tell you what it was like to live with, what its strengths and weaknesses have turned out to be, and how enjoyable our life alongside it has been.

Had this P30 pro for over two years and quite frankly I am going to keep it for probably the next two. No scratches on the screen or back the receive and transmit sides are great good camera and software. Why would I change it. I think when this came...

Settings - applications - application startup (please take this translation with a grain of salt, I'm trying to translate to English from my local language). In there you can put automatic control of applications, or manual if you wish. If t...

Thanks for adding this. beacause I also have one, 2 years and a half now, and the camera has this exact problem. It's all over the internet. It happened to everyone