The compact flagship - it's a niche fewer dare to explore, no matter potential or demand. Sony has given up on the Compact series, unfortunately, and the iPhone SE 2 is in a Schrödinger's state of uncertainty for all we know. But Huawei P40 is already here, already available worldwide, and it brings a ton of premium perks stuffed into a pocket-friendly body.

The P40 is the smallest and least expensive of the new P40 series trio by Huawei. It relies on a more reasonably sized 6.1" OLED screen, although 60Hz instead of 90Hz, with similar sharpness and boasts Huawei's top-of-the-line Kirin 990 5G chip. The screen vibrates to make sound just like on the other P40's, and the under-display fingerprint scanner is of equal speed and accuracy.

Being a (P)hotography-centric smartphone, the P40 also offers some of the key camera features found on its Pro siblings like the new 50MP main shooter, complete with the RYYB filter, OIS, and 4K at 60fps capturing. The zoom range is limited to 3x as there is no periscope lens, while the ultrawide shooter uses a more mainstream 16MP sensor vs. 40MP on the Pro. There is no fourth (ToF) camera on the back of the P40 as there is on the Pro. 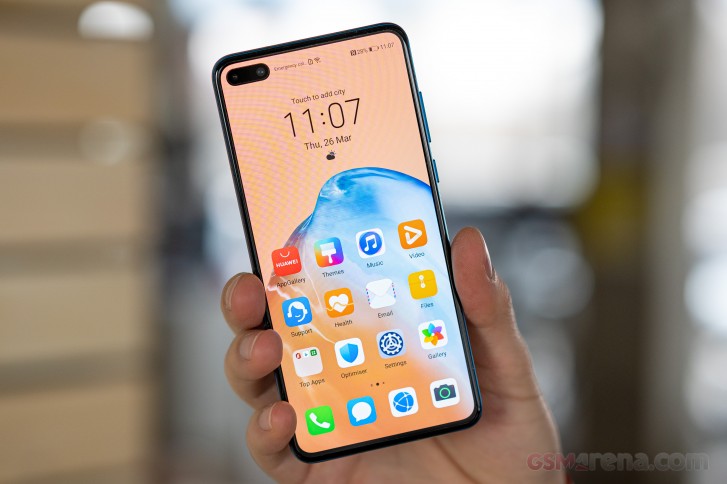 The selfie camera enjoys the high-res 32MP sensor available on the Pro models, but it omits autofocus and we were really bummed to find this. At least it got the IR camera helper, so Face Unlock is possible.

The P40 is a smaller phone and it has a smaller 3,800 mAh battery. Its charging speed isn't as impressive at 22.5W, but still fast enough. There are no wireless charging capabilities on the P40 though, which is yet another obvious difference from the Pros.

Well, besides the lower screen refresh rate, reworked secondary cameras and slower charging, the Huawei P40 has one more thing different the more premium Pro versions - it is only splash-proof with IP53 rating, instead of water-resistant with IP68 or similar. This has been an ongoing thing with Huawei's flagships for years now and we dream for the day where Pro and non-Pro headliners will have feature parity.

Enough with the small talk, here comes the P40 out of its box.

The Huawei P40 retail bundle is flagship worthy. Inside the white paper box, you will find Huawei's 22.5W Super Charge brick and the enhanced USB-C cable needed for the Super Charge to work.

Huawei also ships the P40 with its wired EarBuds ending on a USB-C plug. There is no 3.5mm adapter inside the box. 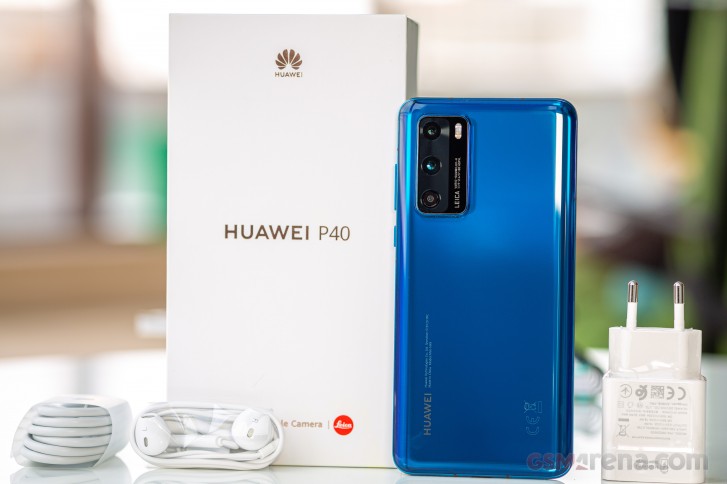 Some markets may also get a transparent silicone case within the box, but we did not receive one.

Why Huawei fanboys like to tell lies? Mi Note 10 Pro is different from Redmi Note 10 Pro, and I am sure you never owned either one.

It does not have google