New renders of the Huawei P40 Pro show that it will only have four cameras – a three camera setup, similar to what we saw yesterday on the Huawei P40, plus a smaller module that could be a 3D ToF sensor or a macro camera.

It’s hard to make out, but if we zoom in close, it appears that the bottom camera has a square lens – the sign of a periscope zoom camera. Huawei went back to a classic lens setup for the Mate 30 Pro, but the new P40 Pro promises to push the envelope on zooming tech once again – 10x optical zoom, claim rumors. 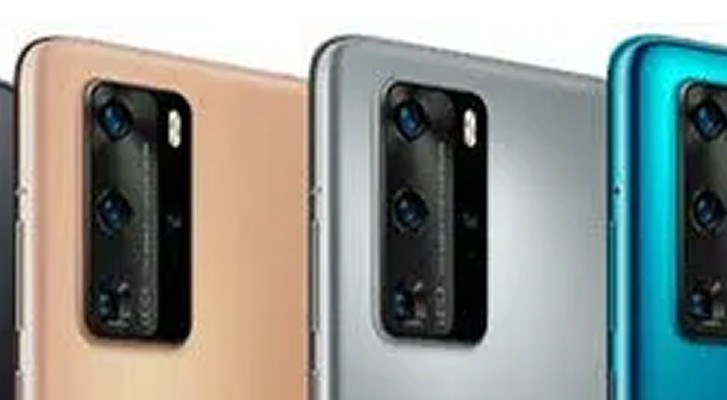 Unfortunately, there’s no clear close-up that would allow us to peek at the markings under the camera. The Huawei P40 render from yesterday was higher resolution and it showed a 17mm ultra camera plus an 80mm telephoto lens. The focal length of the main camera is not listed, but it will be somewhere in the twenties.

The front camera setup on the Pro appears to be similar – a dual selfie cam in a pill-shaped hole. The function of these is pretty easy to guess, regular + ultrawide.

This render shows off the five color options that potential buyers will be able to choose from when Huawei unveils the P40 Pro in March. They are (from left to right): Black, Blush Gold, Silver Frost, Deep Sea Blue and Ice White (with pearlescent finish).

The Huawei P40 will come in the same colors as the Pro model, here’s how they look (note the absence of the fourth module that’s on the same level as the LED flash). 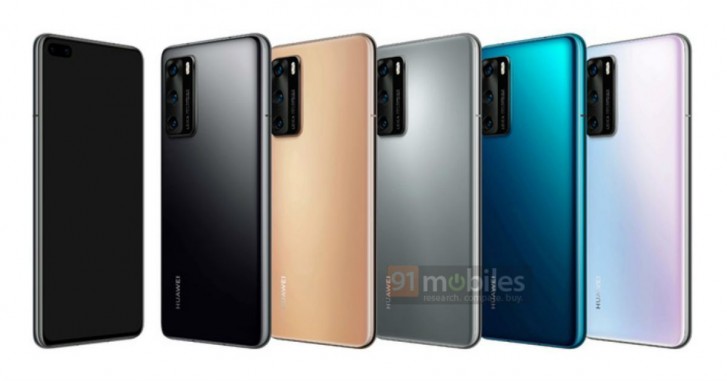 The P40 phones will be unveiled in March, but we expect more renders between now and then. Hopefully, they will clear up the camera situation.

Op in my car

Not again that ugly design of the camera location. Looks like a cooking stove