Huawei's Photography series is back despite, well, everything, and it's back along with the iconic monochrome camera. The Huawei P50 Pro is now available globally, and it brings one of the most interesting camera setups we've seen in a while, Leica-powered, of course. It's a fully-fledged flagship with top-notch hardware across the board, and today, it gets our undivided attention.

The Huawei P50 Pro and P50 Pocket are now available on the international market, while the standard P50 will probably remain a China exclusive. These global units run on EMUI 12, and the firmware on the P50 Pro is based on Android 11 core. And, unsurprisingly, there are no Google services, replaced by Huawei's proprietary package.

The P50 Pro is one of the curviest flagships you can get today, waterproofed, of course. It has a 6.6" OLED of 1228p resolution, 120Hz dynamic refresh rate, 300Hz touch sampling rate, and HDR10+ support. There is no pill-shaped cutout as there is no Face ID or dual-selfie. Yay! The panel has a small perforation for an ultrawide selfie camera with autofocus (double yay!), and there is an optical fingerprint scanner for security purposes. 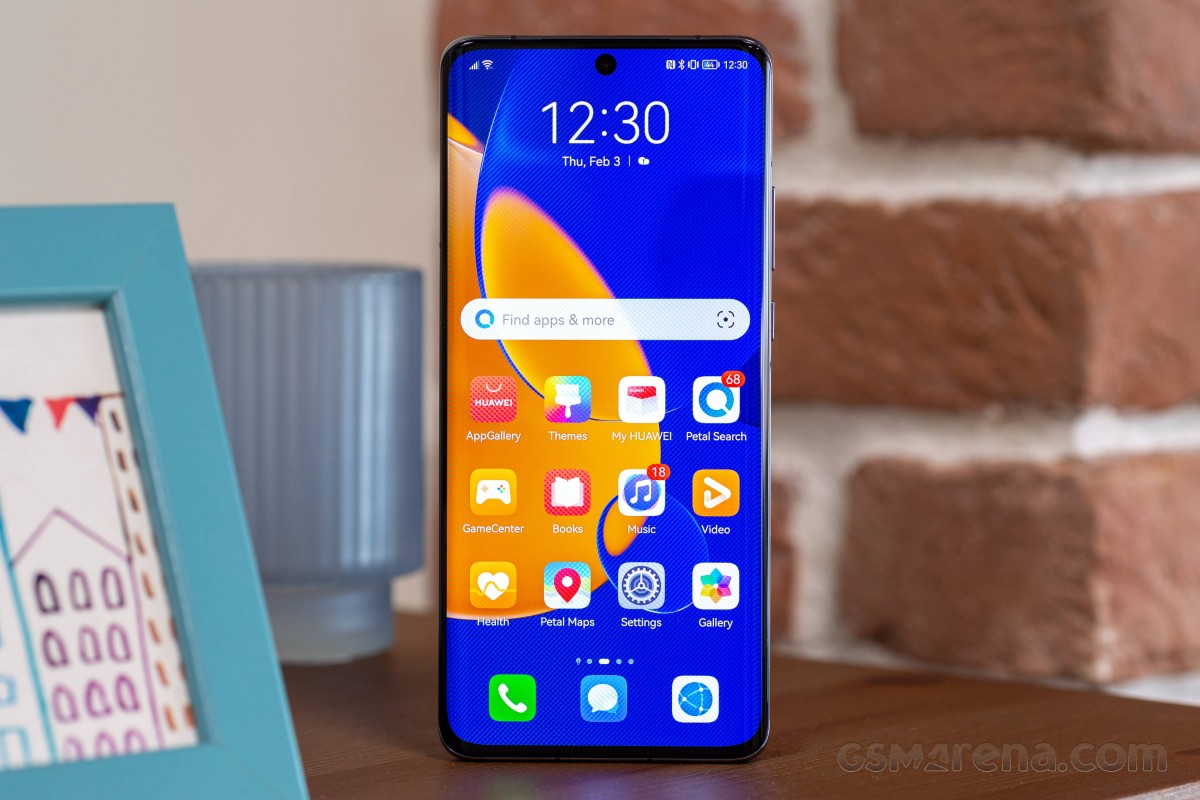 Huawei's latest flagship runs on the Snapdragon 888 version outside China, while Kirin 9000 is inside the units sold across its homeland. There is no 5G on either, we guess that's probably a consequence of the US ban.

The most interesting bit of the Huawei P50 Pro is its rear camera, and it is quite promising. There is a 50MP primary camera with a 27mm f/1.9 OIS lens and laser-assisted AF. Second is a 40MP true monochrome camera (no Bayer filter) for those iconic dramatic B&W shots. Third comes a 13MP cam with a 13mm f/2.2 lens and autofocus for ultrawide and macro photos. 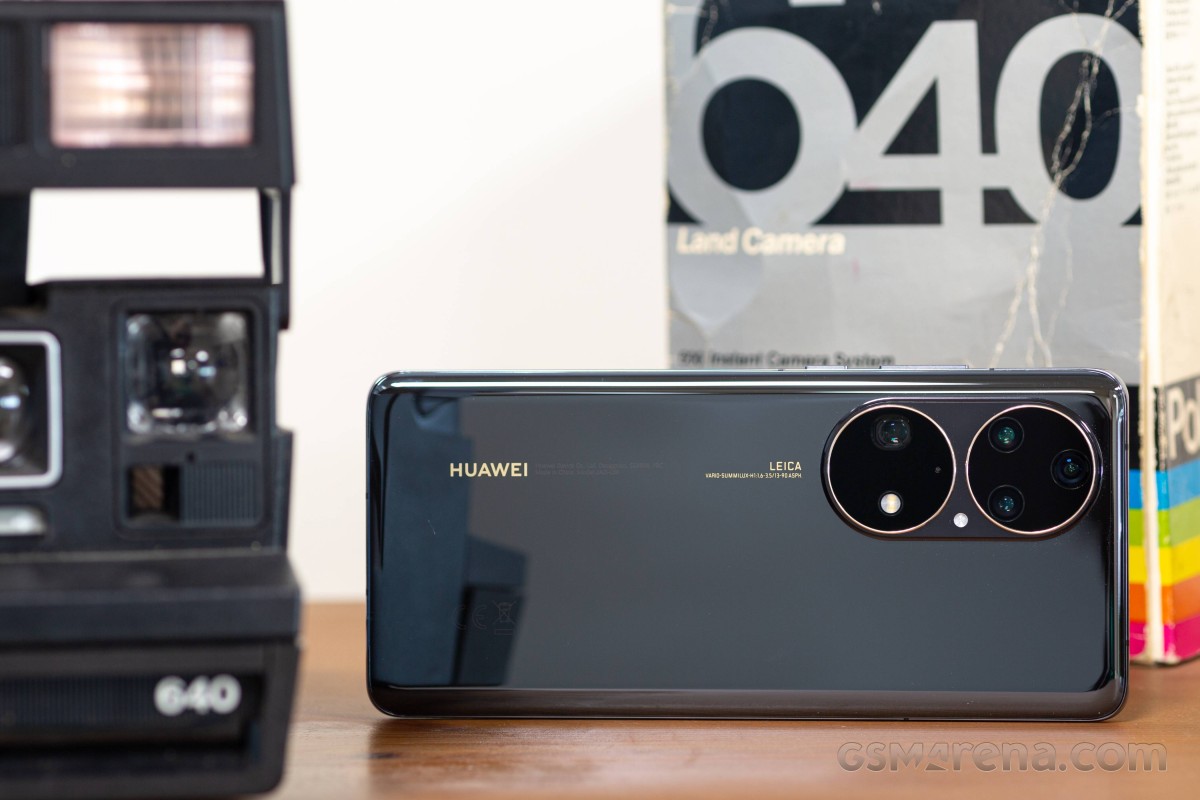 And last is the telephoto snapper with a 64MP sensor with a Bayer filter and a 90mm f/3.5 OIS lens for 3.5x optical zoom over the primary camera. Because this camera allows shooting in full 64MP (it's not Quad-Bayer), it can offer even more lossless zoom over the promised 3.5x by just cropping from the full 64MP image. Huawei markets this as up to 10x, but we are going to see about that later.

The P50 Pro also features proper stereo speakers, a bunch of mics around its body, an IR blaster, and a multispectral sensor for more accurate colors in photos. It is powered by a 4,360mAh battery that supports up to 66W wired and up to 50W wireless charging with Huawei's proprietary chargers. Oh, and there is NM expansion option, in case you care.

Indeed, the Huawei P50 Pro, despite a few setbacks, seems like a properly intriguing offer. Let's take a quick scroll through the complete specs sheet.

The obvious omissions are two - 5G connectivity and Google services. For some, they may be deal-breakers, but other users couldn't even care. Maybe the great display, the attractive design and the camera with unmatched creative possibilities will be enough to tip the odds in favor of the P50 Pro after all? Let's get this review started and find out.

The Huawei P50 Pro comes packed within a thick box that contains more than Apple and Samsung are offering lately. Huawei doesn't have much of a choice really, after everything that's standing in its way.

So, inside that white box, you will find a 66W power adapter and a proper 6A-rated USB-A-to-C cable, which you'll need to squeeze the maximum power of the said charger. 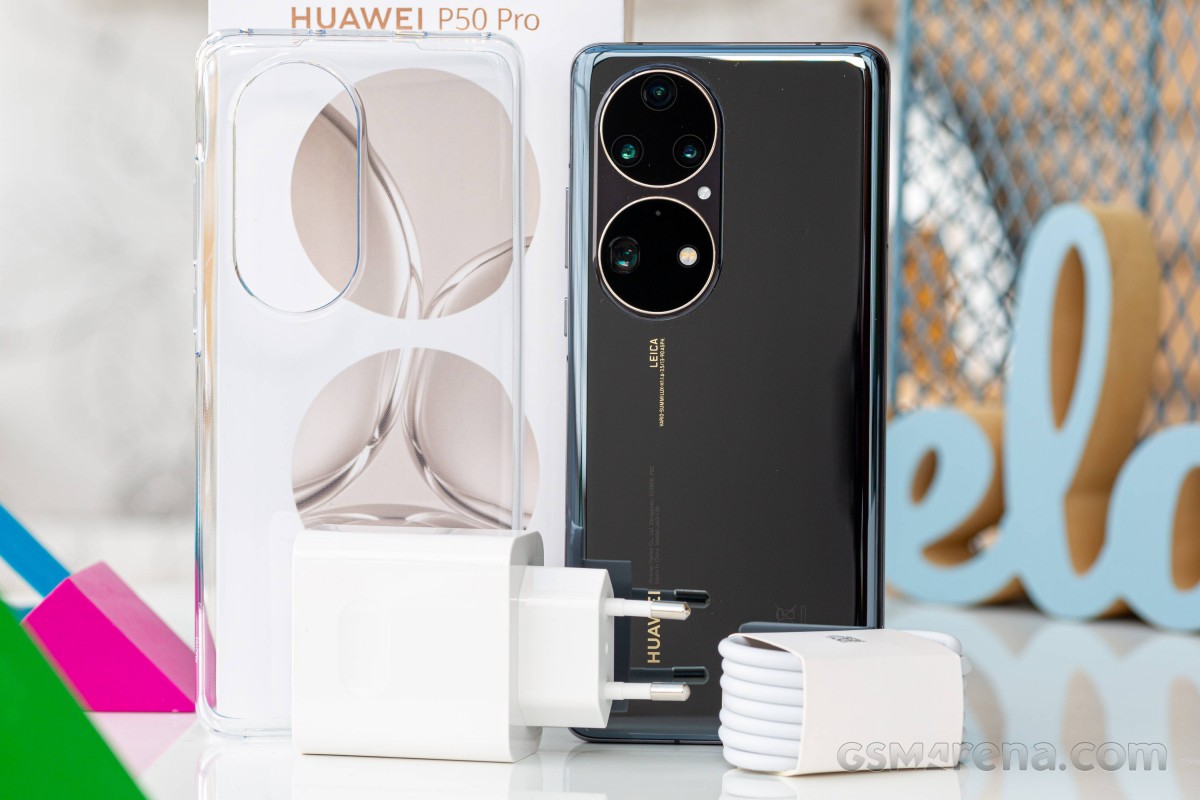 Huawei is also shipping the phone with a soft transparent case, which will come in handy if the grip isn't ideal. And being a smartphone intended for photographers, that case is probably going to be a must.

Finally, the P50 Pro ships with a thin film on its screen, but it's a massive smudge magnet, and we peeled that off immediately. It's there right out of the bat if you need it, though and Huawei gets some points for this.

I'd love to add Huawei to my collection, but it first needs to be rootable.

Who care of those things?? Because of google monopoly!?