Huawei pulled the wraps off its next flagship in London in early April. London streets and buildings were the perfect backdrop for black-and-white photography and everything looked extra special through the P9's secondary black-and-white lens. But there is more to the P9 than just the duo of cameras. The P9 is a proper high-end device with the premium feel and build quality to go with it so after a short hands-on, we were more than eager to get started working on a full review.

Back in the day, the Huawei Ascend P6 was the first real push of Huawei towards the high-end market spectrum. It was notable for its super-slim design, metal frame, and beautiful panels.

The Huawei P7 improved on the design and hardware, while the P8 after it offered great night photography and selfie pictures.

Today, the P9 makes a big step ahead, opening the door to a new photography genre for mobile photographers and bringing along a bunch of nice shooting modes, faster hardware, and an even better design. 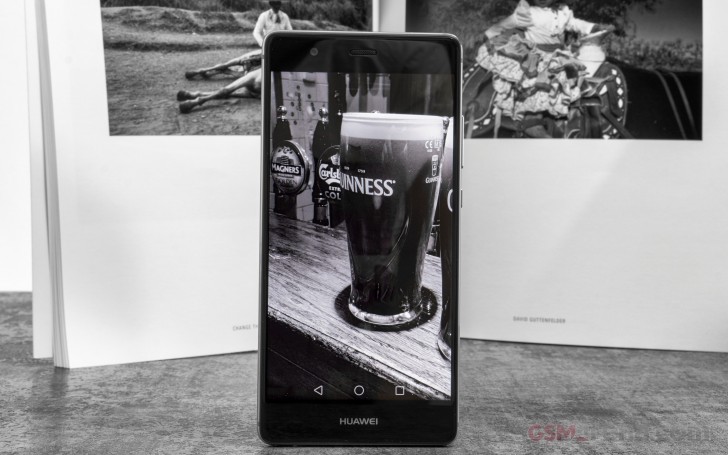 The Huawei P9 has a mid-sized 5.2" IPS 1080p display. It runs on the latest Kirin 955 chipset with 3GB of RAM, and comes with a plethora of connectivity options, and a beefy 3,000 mAh battery. But its key selling points are the exquisite design and exceptional photography skills.

The P9 comes with a duo of 12MP snappers co-designed with Leica - a regular 12MP sensor is joined by a second monochrome 12MP sensor - both with Leica optics and featuring hybrid auto-focus, which combines laser, depth, and contrast detection. On board, we also find Leica-exclusive color modes and a real-time shallow depth of field effect, among many others. And if you are into selfies, then the front 8MP camera will probably not disappoint.

And this is just the beginning. You can get the P9 with ceramic white finish, or brushed aerospace-class aluminum and each of those is as appealing as a piece of art. Interested already?

Huawei P9 lacks three things the P9 Plus builds upon - the bigger 3D Touch-enabled screen, an AMOLED panel, and an AF 8MP snapper with f/1.9 aperture. Those three account for the €100 price gap. But both devices lack 4K video recording, which is not cool for one of the coolest flagships around. We don't know if it's a GPU thing or Huawei just can't do 4K capturing yet. But we really wish this wasn't the case.

Screen resolution is also not class-leading but Huawei seems to stick to 1080p even for its priciest devices. Since Huawei is more than eager to compare the P9 to the iPhone 6s, we guess 1080p would suffice. However in Android world, these days flagship phones are expected to come with 1440px QHD screens so that's another competitive setback to keep in mind.

Anyway, the Huawei P9 has more than enough to make it worthy of its flagship status, and we can't wait to explore it in detail. Our traditional hardware inspection kicks off right after the jump.

I had it for a couple of years. Great phone, elegant and with a great camera.

great phone I own it since 2017, the only disadvantage lately is the battery but for a 4 year old phone I guess its the same as with any of the best phones