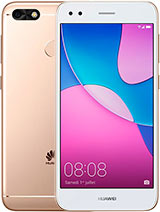 I have this phone for a year now and all in all it is pretty good.
I think everyone should consider it's price before judging!
I have no lag problems till now, not a single time.
Battery is damn good. If I use it heavily then by bed time it will go down to 30-40%. That means data always turned on (24/7), using FB, Viber, Gmail app, and surfing also. If I don't overuse it then i can freely go with one charge in two days.
Camera is okay (having in mind it's price). Day photos are pretty good, night photos not pretty much. But if you have an appetite of a photographer then you must spend 600+ euros on a phone, or maybe buy a camera.
I don't play games at all so I don't know what to say on that matter.
So, all in all, having in mind that I bought this phone for 140 euros last year I say it's a pretty good one. And I don't mind that the OS stays nougat, it doesn't make any difference on functionality aspect. If you want to be fashionable and trendy then open your wallet and cash in for some expensive model.

This phone is definitely not even close to being good. On my device youtube, twitch and others constantly lag no mater what.The battery after a few months suck. It can take pretty good photos but thats about it.

Nedeljko1979, 18 Feb 2018Oreo update ????There is no Oreo. It's never going to go out for this model. There will be only monthly security patches for Nougat 7.0.
It is a low-end class of smartphone after all. You can't expect too much in that class. It's a solid phone for someone who don't use phone too much or using the basics like watsapp, calling, sms and occasional shooting pictures.
My grandmother has it and she is very happy with it.

I've been using this phone for a while... it is good phone for the price, nice pictures (not super perfect) and apps run smoothly... The only thing I am concerned about is storage. Looking into Storage Section I can see the firmware is 6GB.. and that is eating space...

Otherwise this phone is great.

Thunder, 21 Sep 2018Worst phone i've ever had. At the begining, i tought it cou... moreSame situation at my device. I had to reset it two times so far. Apps continue to consume, even I don t have many applications on it.

Worst phone i've ever had. At the begining, i tought it couldn't be bad. I was wrong. Only thing good about this phone is the battery, that still has some drainiges. 1st you cant have a day without a lag/ app crash. Happens 24/7. 2nd who tought that it was a good idea to have your phone shut down at 2% and warn you with a 30 seconds. Memory is the worst part. It says that n empty memory card has 15 gb of free space. Why is the phones system is taking litteraly 90% of it. I can only use 2 gb... What? And now it randomly says that i have full memory, tho i litteraly have no apps on my phone, besides sc and ig. I deleted all my songs, facebook, all of my gaming apps, a lot if pictures. And it still shows me that i have no space for nothing... What?? My nokia phone with buttons n stuff was better than this. The camera is average, but when u try to film smth in snapchat, it has like 2 fps and u cant do anything with it

Solid 4/5
Amazing phone for the price and time of purchase ( half a year ago)
No lag whatsoever since the last updates have rowed in, nice design, good battery and an average camera.

Dan, 19 Feb 2018Glad I told my bro to take an iPhone 6 instead of this phon... moreha ha ha.. i think you don't know anything about phones, at least about iphones you have no idea. good luck.
I'm really confused, where did you buy the iphone that have a removable battery?
Tim Cook gave it to you?

Bshtegtari, 12 Jan 2018Can anybody tell me which one to buy Huawei P 9 lite mini o... moreRedmi 4x is better but P9 lite mini have better cameras.

Dan, 19 Feb 2018Glad I told my bro to take an iPhone 6 instead of this phon... moreCamera is very good,better check the settings. And does have slow motion.

bANE, 08 Mar 2018Can lock this phone by doubletapping on the screen like on LG?Yes

Dan, 19 Feb 2018Glad I told my bro to take an iPhone 6 instead of this phon... moreYou sound like a kid that still doesn't know anything about phones even after using them.You are comparing a phone that costs 120 euroes to a phone that costs 500-600 euroes.You get what you pay for.Learn more about phones and go use your poor little iPhone.What do you expect for 120E ? Flagship performance ? This phone is amazing for it's price and only Xiaomi can compete with it with it's 5A.

Can lock this phone by doubletapping on the screen like on LG?

Glad I told my bro to take an iPhone 6 instead of this phone.
I have it and the camera is leaving speechless..
From being too bad.
Even in daylight it gets noisy.
No slow mo or anything special (damn, the iPhone 6 has the same slow mo as Samsung Note 8.. GG)
Battery is terrible for me.. 3 hours of Clash Royale and it's gone. My bro changed the battery on his iPhone and now I'm jealous.
Slipperier than a pet wussy.
Huawei? No, thanks.
Samsung? No way, that Note 7 almost killed me.
iPhones are the kings. Even 5s still gets updated and if iOS 12 is gonna be a performance update only then it'll be still updated. 2013-2019. That's CRAZY
And no android will give you day one performance by just changing the battery (you can DIY, batteries online are like £7-10

Fingerprint scanner is good and hardware ok for this price point, if you can handle some lag.
Phone is from September 17 and last security patch is from that September too. So no updates or information about them with this phone. Obsolete by software, don´t recommend this who cares about security. (Emui 5 though is better with some nifty features.)

Get some Nokia phone instead with promised updates, if you are on budget. Nokia 3, 5 or 6 or wait coming models from MWC this month. Or some Android One device. Even J3 (2017) is better choice.
Huawei seems to make good hardware with competitive price, but ruins them with lack of software support being one of the worst in that.