We liked the Huawei P9 even though it had a few setbacks, so we were already decided on the Huawei P9 Plus - it was going to be likable, too. We knew the P9 Plus will treat us with an AMOLED screen, Press Touch tech, and stereo speakers in exchange for a few extra bucks, so we knew what we were getting into.

Of course, we are always in for some surprises and we got a few with the Huawei P9 Plus. While confirming its beautiful design, awesome camera capabilities, snappy processor, great fingerprint scanner, and useful Emotion UI, we found a few novelties we really liked. 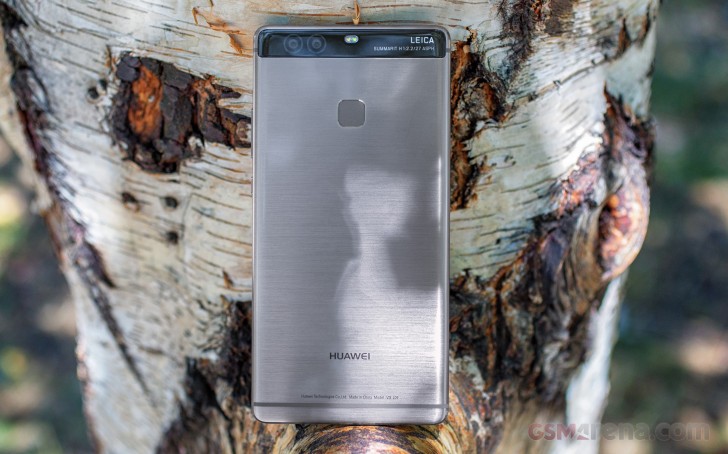 The 5.5" big AMOLED screen is a really nice swap, especially with its Press Touch support. Even though there is no Always-on option, or Quad HD resolution, we still found the screen a worthy upgrade over the P9.

The first surprise came with the Press Touch features. We expected those to be nearly pointless gimmicks as was the case with the Meizu Pro 6 and the first batch of iPhone 6s gestures, but we were wrong. Huawei managed to put the Press Touch to some good use, especially with the navigation bar replacement and the hidden shortcuts in each corner.

Naturally, we were very impressed with the main camera setup - Huawei has geared the phone with an excellent camera and it makes it so easy to become more photographically creative. Huawei's dual-cam and the in-house developed shooting modes, including Leica's, are one of the best innovations to come out this year.

There is the new selfie camera, which we liked. It may not be an Xperia XA Ultra-grade, but Huawei has put the required effort into the 8MP sensor so we can have some great selfies. Now the front camera comes with a wider f/1.9 lens, which means better picture quality in low-light. The snapper is autofocus-enabled, which is a rarity among the front sensors. And the screen acts as a flash, if you need that.

Then we found the earpiece and the loudspeaker to be outing unexpectedly good sound. The stereo effect is awesome in landscape orientation, but in portrait mode the sound was louder and the standalone treble and bass make the P9 Plus sound as a high-quality portable speaker. We can imagine quite a few scenarios, where those two would come in handy.

Yes, Huawei P9 Plus inherits a few omissions from its P9 sibling - the lack of proper protective glass for both the screen and the main dual-camera. The weak GPU may be a big deal for gamers or power users, and it's probably the reason why the P9 Plus can't capture 4K videos.

The Huawei P9 Plus isn't cheap at about €650 and the competition at the top-tier is quite capable.

For the same cash, you can have the Samsung Galaxy S7 edge which ups the resolution to 1440p and adds some curves. Its GPU is three times as powerful, while its main camera produces often more detail photos and with the proper tweaks in manual mode you can make the same stunning low-light shots, not to mention the superior video recording. The dual Gorilla Glass protection is nice, too.

The Apple iPhone 6s Plus is in the same price bracket, and matches most of the the P9 Plus specs. In exchange for a more powerful GPU, you'll have to settle with a less inspiring 12MP sensor, but the iOS experience and app count is a tough combination to beat.

The OnePlus 3 on the other hand is cheaper, yet it beats the Huawei P9 Plus in every department but the camera. Its camera is very good, it's just not P9 Plus good. But if you are not the type to shoot creative photos, then you can save some good €150 and get yourself the one of the best value smartphones on the market right now.

Finally, the Huawei P9 is what you need if you like to save some bucks, but not compromise the looks and camera experience, while the Mate 8 phablet will give you an even bigger screen but a less capable camera.

Huawei P9 Plus is easily likable, especially if you like to take creative photos (but less so videos). Huawei makes taking stunning pictures easy for anyone and the creative freedom provided by their camera system is among the best. Best of all, it comes with a phone, which looks and feels amazing compared to pretty much any other smartphone flagship. The P9 Plus has much to offer to a wide group of users, but its high price tag doesn't seem to take into account the ommision of some high-end features, which we've come to expect from most flagships. But this has never stopped a certain Cupertino company to own the mobile market. The Huawei P9 Plus is the epitome of a flagship-worthy device and it comes from a company on the rise, which will most definitely be going places.