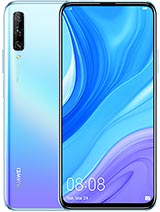 Andre, 20 Aug 2019MicroUSB in 2019?! Really?Probably also due to Google block and trade war cannot see any other reason they would use it, well more durable but other than that its slower! O_O

Huwaei is totally running out of ideas.. The have just changed the names over the same spec devices..look at 10 W charging.. Joke of ther year

Finally something with no cancer notch but microUSB in 2019? LMAO

So it's another P Dumb model which is mediocre at everything (Processor, speaker, screen), but at least it's expensive...

If you're willing to sacrifice ultra wide angle, you can get the honor 8x for less than $150 and it's the same phone

are they serious about the price? shit, its a 200$ phone not 350, ffs.
this one is just re-branded y9s and that one was 300$, with this overpriced phone you can get the k30 5g and still have some change

Hope it launches soon. I wanna get it now!

Would expect in-display finger print scanner, or at least side mounted.