The Huawei P Smart Z that leaked last week was briefly listed on Amazon Italy with its price and specifications.

The P Smart Z was rumored to carry a price tag of €210, but its Amazon listing reveals that the phone will be priced at €279. The specifications that surfaced last week have also been confirmed by this e-commerce giant, which include Kirin 710 SoC, 4GB RAM, and a 6.59-inch FHD+ display. 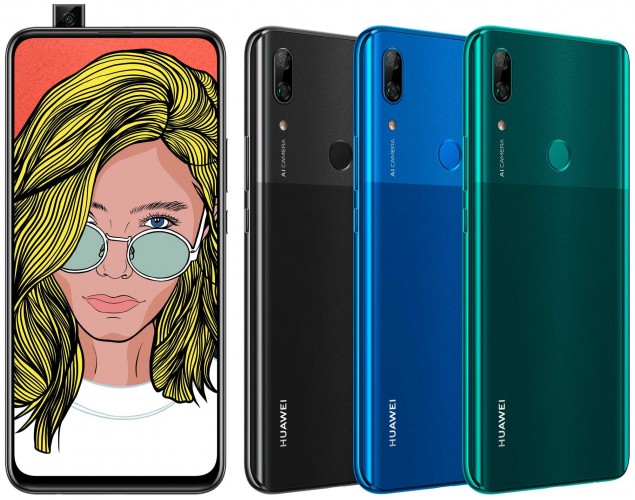 For photography, the P Smart Z has a dual camera setup at the back - a combination of 16MP f/1.8 and 2MP f/2.4 units. For selfies and video calls, it has a 16MP shooter, elevating from the top.

The P Smart Z features a rear-mounted fingerprint scanner but it will also come with Face Unlock. It will ship with a 4,000 mAh battery and will be offered in at least three colors - Black, Green, and Blue.

Source (now removed) | Via (in Italian)

To expensive.Honor 8x is about 230€ now. Put 100€ more and get Nubia red magic 3,with top flagship specs,snap 855,8k camera,best cooling and much more.

Honor Play is plagued with battery issues. Mere a high end chipset doesn't makes for a better overall experience. That's why it's price was reduced so much suddenly.

Too expensive. The honor play is only 230 and is the better phone