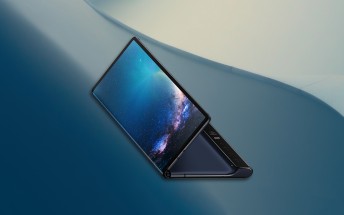 During CES 2020, Samsungs CEO revealed the company sold over 400,000 units of the Galaxy Fold, suggesting there's certainly good demand for foldable phones despite the inflated price tags that come with the breakthrough technology.

Now Huawei decided to respond with information on how its foldable Mate X is doing. The Mate X is only available in China, but hte company still said that since its launch on November 15, it managed to sell 100,000 units per month. That would put the total number of sold Huawei Mate X devices at around 200,000.

In the meantime, the Chinese media outlet Sina revealed Huawei halved the shipping window, meaning all users buying its devices on a Friday flash sale would receive their new shiny foldable device by Tuesday, instead of waiting a full week. Currently, the Mate X costs CNY16,999 ($2,447) while the Galaxy Fold goes for CNY15,999 ($2,303).

Huawei Mate Xs gets 3C certification, will have 65W charging

MateX have been sold for 3 times the retail price. what makes you think the 200,000 figure a manure? In case your pea size brain don't know this but China smartphone is 5 times the sale compare to usa. A "third world" country in the eyes of the west ...

Samsung is into real estate, selling buildings. lot and lot.buildings"