While Huawei is busy switching its Chinese smartphones to its HarmonyOS, international units are still running on EMUI. And it appears they will continue to do so far a while as the company just announced the list of devices getting EMUI 12 starting in H1 2022.

Huawei isn't saying on what version of Android is EMUI 12 is based but judging by the recently launched nova 9, it's probably safe to assume that it's Android 11. Here's the official list. 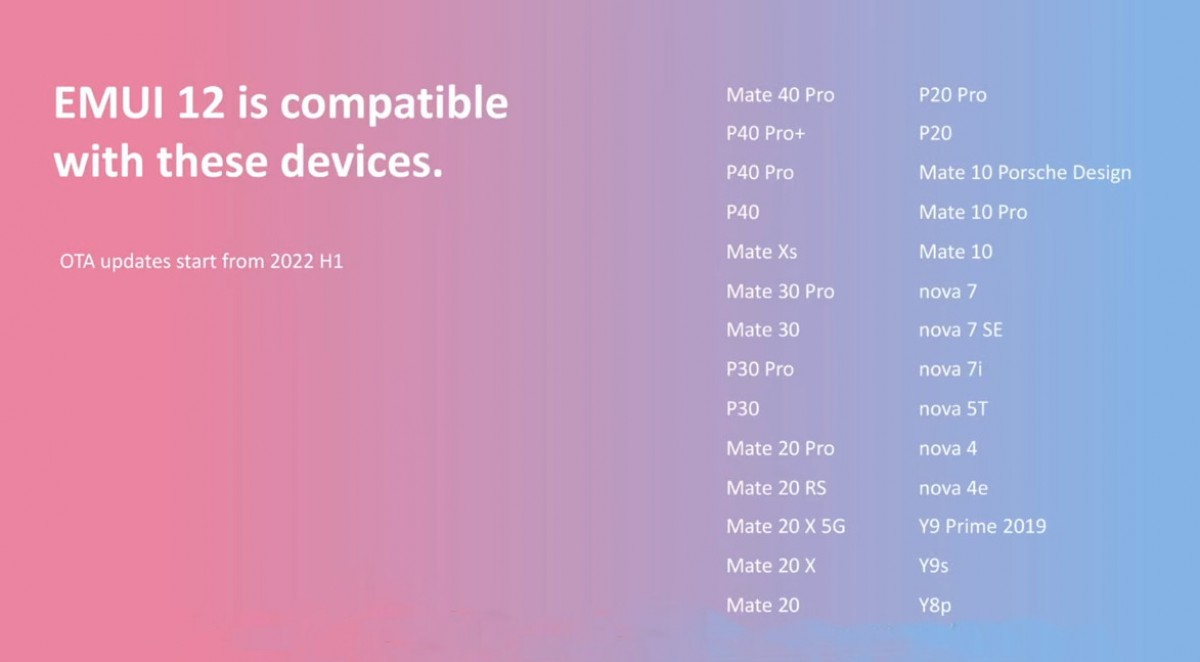 The latest Huawei Mate and P series should expect a beta version of the software in the coming months.

Much like Harmony OS 2.0, EMUI 12 has a big focus on the integration of the Huawei ecosystem with easy file sharing and remote control of various Huawei devices. New animations and design await as well with the biggest change to the UI probably being the notification shade. It's now separated into two - swiping down from the left side of the status bar opens up the notification panel while doing the same on the right would summon the quick toggles, brightness slider and media controls. Just like Xiaomi's MIUI.

When will the HMU Y7a device receive the EMUI 11 or 12 update?

Note that certain phones will skip EMUI 11 and go from EMUI 10 to 12 directly.

Well they are just not mentioned yet but I am quite confident that at least Y7P would get it(no actual guarantees) as it has the Kirin 710F same as the Y9, and the effort to port it to the Y7P won't be super huge. For the Y6P, it might not be ...