According to a new Weibo post by Huawei official He Gang, we’ll see the brand’s first smartwatch with blood pressure monitoring in the second half of this year. Based on the shared info, Huawei’s upcoming smartwatch with ECG (electrocardiogram) monitoring has already passed registration as a medical device in China and is now starting clinical trials in medical institutions across the country. 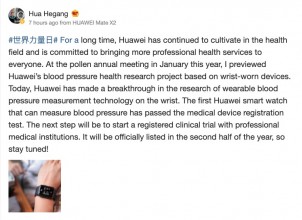 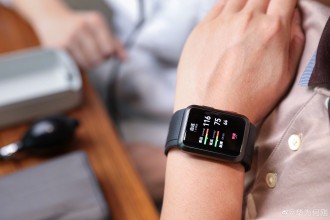 Huawei plans to incorporate hypertension management and coronary heart disease screening alongside smart body temperature health measurement. Huawei’s ECG reader will rely on a combination of PPG and ACC data to detect early signs of heart disease. Huawei is reportedly working on its Watch 3 smartwatch which should be announced alongside the P50 series. So far, we've seen rumors that the watch will boot HarmonyOS and will pack eSIM functionality.

Withings Scanwatch seems to be good than the rest, it's medically graded

Ok. There is a statement that as of now only the precise measurement of BP can be done with the medical devices.. Smart watches or bands are a fancy way to do something like that.. But of course in an approximate manners.

The accyuracy depends on the price