Chinese phone maker Huawei is hosting an event tomorrow in Munich, Germany where it will unveil the Mate 30 series smartphones and the Watch GT 2 smartwatch. We already know what the Mate 30 lineup and the Watch GT 2 look like, and thanks to a leak from Android Headlines, we now know that Huawei has more products up its sleeve which could go official tomorrow. So, without further ado, let's go through each one of them.

Huawei unveiled the Band 3 Pro last October and the company may follow it up with a successor tomorrow. We are unsure of what Huawei's latest fitness tracker will be called, but Android Headlines reports that it's codenamed "andes".

The publication also shared a few images of the fitness tracker, confirming colored display and a built-in USB connector along with heart rate and SpO2 sensors located on the back. 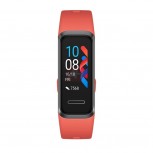 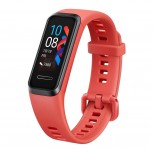 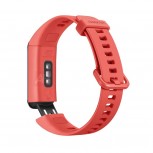 Huawei sub-brand Honor unveiled its smart TV dubbed Honor Vision last month, and it seems Huawei too is gearing up to announce one. Android Headlines leaked some images of Huawei's TV which give us a look at it from multiple angles.

The Huawei TV will reportedly run Harmony OS like the Honor Vision. It will also have a pop-up camera like the Pro version of Vision, but specifications are still a mystery.

Huawei announced the MediaPad M6 tablet back in June, but it's currently only available in China. However, that may change tomorrow as Huawei is expected to announce the M6 for global markets at the event. That said, it's worth noting that just like the Mate 30 series, the MediaPad M6 is also expected to ship without Google Play services and other apps. 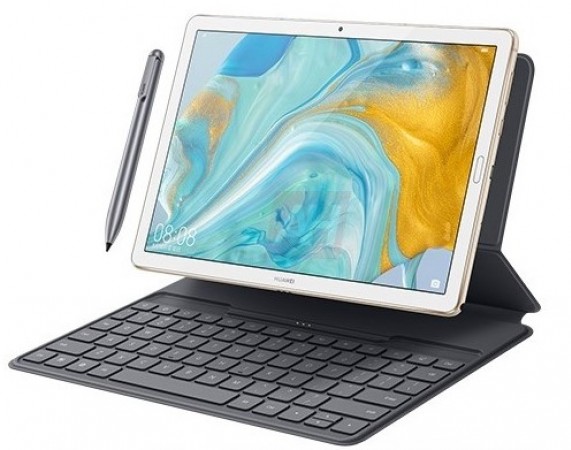 Huawei already confirmed that Watch GT 2 will be powered by the Kirin A1 chip, and from previous leaks we know the smartwatch will have a 445 mAh battery, built-in GPS and optical heart rate monitor. We've also seen the Classic and Sport versions of the Watch GT 2, and the latest leak confirms that Watch GT 2 will arrive in at least four colors as shown below. The smaller model won't have a microphone and may lack LTE support. But that's not to say the larger version will have either of those features.

Other rumored specs of the Watch GT 2 include water resistance up to 50 meters, gyro sensor, geomagnetic sensor, and air pressure sensor.

Huawei Mate 30 series might not come to Central Europe

In another news, Dutch blog LetsGoDigital, citing multiple sources, reports that the Mate 30 series which includes the vanilla Mate 30, a Pro variant, a Lite version, and a Porsche Design Edition, will not be available in Central Europe. The reason being Huawei has realized that launching expensive devices like these sans Google services is useless in Europe.

We will hopefully hear more on this matter from Huawei at tomorrow's event.

Well, actually Chinese who lived in the mainland doesn't have a choice. Even if they want google they cant do it because of their law. Why? because their Government want to check on them. That's why lot of businessman even Huawei officials uses iPhon...

it ain't a brick as long as it operates with Android