Huawei announced the nova 5T last August, and the phone became available in September. Thus, it's been on the market for a while now, so what better to keep interest rates high than add a new color, right?

This strategy that other companies employ too from time to time seems to at least partly work, for otherwise it would've been scrapped entirely. Today Huawei unveiled a new Crush Green colorway for the nova 5T, joining the already available hues - black, Crush Blue, and Midsummer Purple. 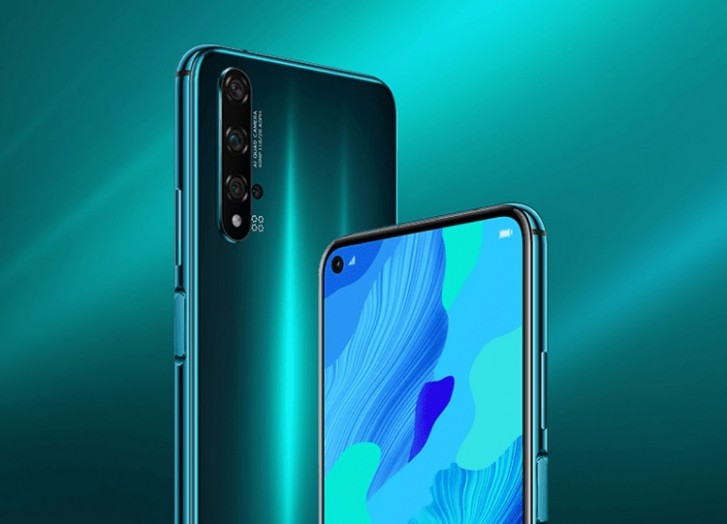 As you may have expected, spec-wise there are no differences between the Crush Green nova 5T and any differently colored model. There's the same 6.26" 1080x2340 IPS touchscreen with a left-aligned punch-hole for the 32 MP selfie camera, the Kirin 980 chipset at the helm, 6/8GB of RAM, 128GB of non-expandable storage, a side-mounted fingerprint scanner, and a quad rear camera setup: 48 MP main, 16 MP ultrawide, 2 MP macro, and 2 MP depth sensor. The phone has a 3,750 mAh battery and now runs EMUI 10 with Android 10.

Huawei Y7p announced with a 48MP camera and 4,000 mAh battery

Huawei Mate 30 Pro gets torn down on video

Some 8 year old is mad lmao