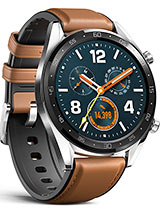 I own one and it does not have 16mb RAM, it has 4MB which means you can upload a max of 4 new watch faces due to the number of poor quality preloaded faces that you cannot remove. Looks great, battery life is amazing, I get about 3 weeks with the heart monitor on 24/7 and the strap fits my large wrists which competitors struggle with. If only it had the 16mb claimed

Zrno, 30 Aug 2020Dude, its was the 1st generation of smartwatches. U cant ex... moreNo .. not correct
. I have first generation and i can answer calls and loud espeaker... it is classic also .. but not gt.. first generation i guess is the name..

kemo, 13 Aug 2020it is ajoke not smart no mic no spekers no memory no arabi... moreYour comment shows you know nothing about smart watches. You want a $20 unbranded plastic watch then go get one and enjoy no features and a lot of lag.

kemo, 13 Aug 2020it is ajoke not smart no mic no spekers no memory no arabi... moreDude, its was the 1st generation of smartwatches. U cant expect them to have speakers, micss etc. right away. Go check out the GT2 e and u will see thats its worth it.

Returned Amazfit GTR after one week to Amazon thanks to the constant GPS problems. This watch has no Strava support but at least the GPS works quickly and that's the most important when running.

Xwardos, 17 Jun 2020Just bought one of these a while ago. I really like it, the... moreI saw that they go for 100E in my country(croatia). its a sport watch alright but with the gps and a lot more training programs. My friend has one and i tried it and to be honest its rly awesome.

Just bought one of these a while ago. I really like it, the battery lasts me a week with one full charge...but bare in mind, it's not a smart watch! It's more of a fitness tracker with the form factor of a watch.

may i know when we received Whatsapp...is it the content will display at screen or nt?

Super design with a very strong frame. It is suitable for wearing on a casual daily basis or for some sport activities.

Kunal, 14 Feb 2020Hello everyone, I am facing one issue which I am not able t... moreTry to download new version Huawei health from Huawei AppGallery

Anonymous, 07 Apr 2020i have just bought my second GT watch as i really liked the... moreTry to download huawei appGallery and than new version of huawei helath

i have just bought my second GT watch as i really liked the first one but lost it. But i cant connect to the health app. I keeps saying to down load a later version. I uninstalled the app and downloaded what i assume is the latest version but it says the same thing. Anyone else had this problem? its driving me nuts.

Catalin, 13 Mar 2020I have the etch since one month. Problem is that is discon... moreTry battery optimisation for huawei connect in app setting

Nick, 02 Mar 2020I want to ask something... I bought Huawei watch GT When ... moreit doesn't damage the battery - it is Li battery

I have the etch since one month.
Problem is that is disconnect very offen.
Did anybody have same problem ?
How i can solve these problem ?

I want to ask something... I bought Huawei watch GT
When i was charging the watch for the first time accidentally i removed the watch from the charger and it stopped charging....
Can that damage the battery because it is first charge.
Thank you

Hello everyone, I am facing one issue which I am not able to fix , I bought Huawei GT smart watch, I installed application Huawei Health and Huawei mobile services, in Huawei Health application watch face option is not available, I have 2 phones it doesn't show in OnePlus 7 pro but it is available in MI Max 2, does anyone knows fix for this issue?