Earlier today we reported that Samsung has grabbed back the top spot in the smartphone world from Huawei according to data by Canalys. Now, two more analysts companies confirm the data, along with the fact that Xiaomi is now in Top 3, surpassing Apple after an impressive performance in Q3 2020 while Huawei concedes the top spot it held last quarter. Analysts at IDC say the market witnessed very strong volumes between July and September in emerging markets like India, Brazil, Indonesia, and Russia. Nabila Popal, research director at IDC, revealed there was some pent-up demand for smartphones but the main increase came from heavy promotions and discounts that accelerated growth.

Distance learning has boosted demand for low-end smartphones in India - after all the handsets are more affordable than tablets. This brought the competition on the affordable level to another level, adding pressure on companies. Counterpoint Research pointed out that Realme managed to reach 50 million shipments faster than any other company due to its diverse 5G portfolio and the strong performance in China. The brand accomplished the milestone in just 9 months, scoring a 90% quarterly increase in terms of sales.

However, there were some struggles in the smartphone world. Developed markets like China, Western Europe, and North America all witnessed major declines in Q3 2020. Apple’s decision to launch the iPhone 12 lineup in October was a key reason for the numbers to go down since Cupertino is a major player in all these markets. 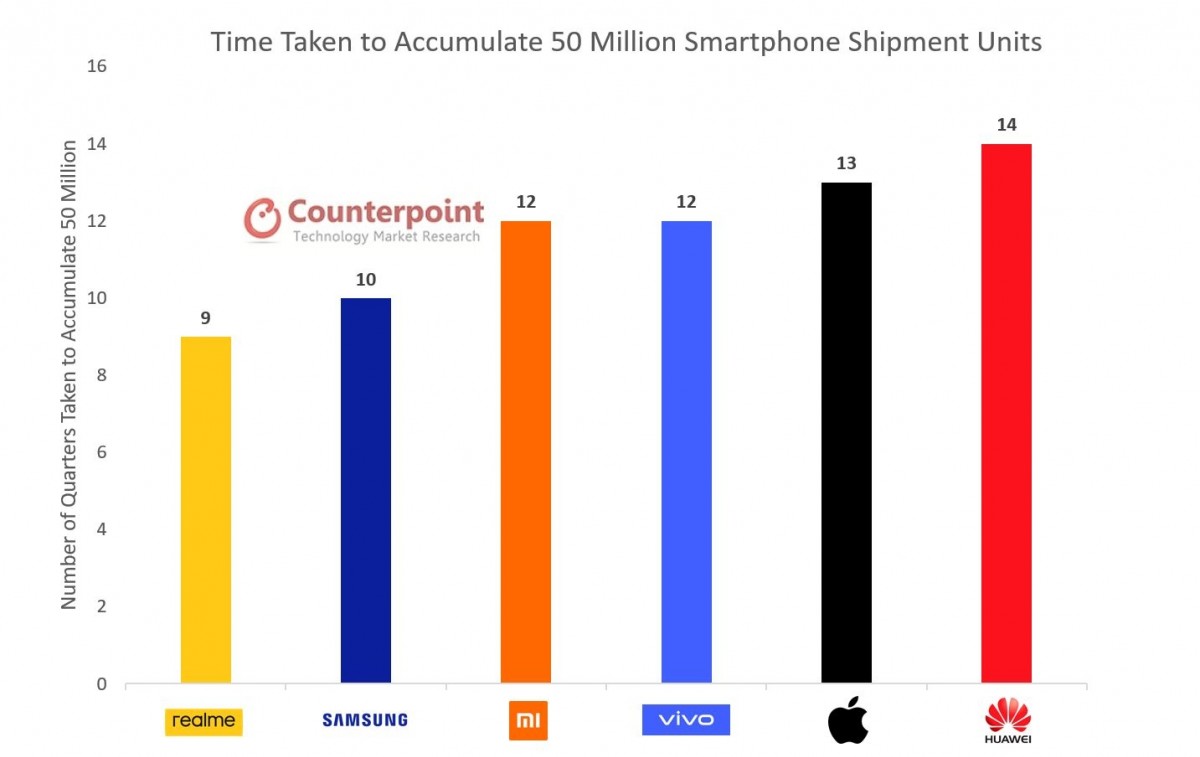 Samsung posted a healthy increase in sales of around 2-3%, Huawei dipped over 20% as the US bans continue to hinder its performance in overseas markets, while Xiaomi gained over 40% on a yearly basis and overtook Apple on the way to the Top 3.

No，Vivo and Oppo are two company Oppo become a independent corporate entity since 2003,even before they start to make smartphone. Oneplus and realme is belong to become OPPO-Oneplus company group. Vivo is the smartphone department of BBK

That's the problem with Android. Google doesn't revenue share on the software side with the manufacturers, so the only way for most manufacturer's to survive is pumping out more hardware. Samsung and Xiaomi have built their own ecosyst...

Dunno, I had bunch of Android phones and they all had the same problem on software side. Pathetic short term software support with months of waiting for new major Android version update and always some stupid excuse in the end that I got left out of ...