Infinix has announced that it will be the first to launch a smartphone powered by the Helio G99 SoC, introduced last month by MediaTek alongside the Dimensity 930 and Dimensity 1050.

Infinix didn't divulge anything about the world's first Helio G99-powered smartphone but confirmed that it will be a part of the Note 12 series.

We’re thrilled to officially announce we will be working with @MediaTek on implementing the industry's first powerful Helio G99 processor into a new NOTE 12 series smartphone coming soon.#Infinix #NOTE12Series pic.twitter.com/RqyouxCJPh

The Helio G99 is based on TSMC's 6nm process and consists of 2x Cortex-A76 cores clocked up to 2.2GHz and 6x Cortex A-55 cores that can go up to 2GHz. It also has a Mali-G57 MC2 GPU to handle graphically intensive tasks, such as gaming and video editing.

The Helio G99 can support a maximum resolution of 108MP on a camera but doesn't come with 5G connectivity. You can check its specs below. 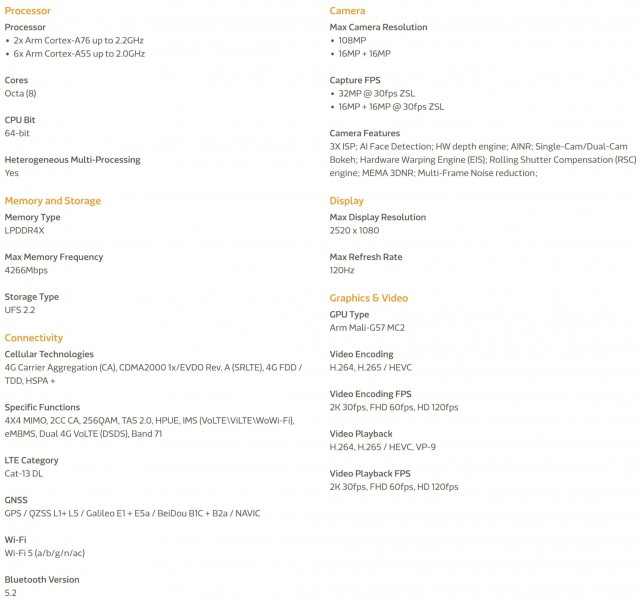 While we await more details about this Helio G99-powered Infinix Note 12 series smartphone, you can read our Infinix Note 12 VIP's first impressions here, which is the most recent addition to the company's Note 12 lineup.

Snapdragon 680 exists; it captures worse, it performs worse, and to add rotten cherry on top, it uses ancient A73 cores. Yet it present inside a few >USD300 phones. At least the G99 has a relative strong foundation to lay on that is Helio G96, on ...

Do remind that the chip is based on G96 - and that chip uses a Mali-G57 MC2 GPU. Surely not as powerful, but sips less juice.

Much better if its MC4 like Dimensity 800 had. Will definitely become a true successor of the pretty decent G95.