A new feature may be coming to Instagram that lets users repost others’ posts or Reels. It was spotted by social media analyst Matt Navarra, who posted a screenshot to Twitter. It showed a mew profile tab called “Reposts”. Instagram later confirmed it was testing the feature in a statement to TechCrunch.

We’re exploring the ability to reshare posts in Feed – similar to how you can reshare in Stores – so people can share what resonates with them, and so original creators are credited for their work[…] We plan to test this soon with a small number of people.

Currently, the most common way for people to repost or share posts is by adding them to a story that expires in 24 hours. This new “Repost” feature would work by sending a reposted reel or post to a user’s followers’ main feeds rather than in stories. Both Twitter and TikTok each have their own similar feature.

The published screenshots reveal that the repost feature is to “recommend a post your friends may enjoy by reposting it to a feed or story”. The Repost feature will be in the share menu of a post or reel and followers will be able to respond to the reposted content with a message to the reposter. Meanwhile, the reposts tab will be shown in a user’s profile, which followers can see. Users may also be able to add thoughts to a repost before sharing it.

In recent times, Instagram has made a major push with Reels and video content, and not long before that, it was pushing the shop feature - putting the social app’s original vision of a place for sharing photos on the backburner in efforts to compete with the intense popularity of short-video platform TikTok.

Took them too many years to integrate such a simple feature.... they still ruined the bookmarks page and the new photo placement on the app ...

if people still manages to get it for free..

Yeah, make it even more addictive and manipulative. It'll become closer to Twitter, and the bots will come too. 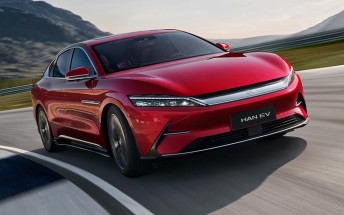