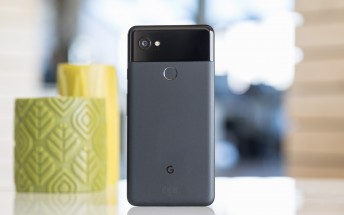 Are you a Pixel 2/2 XL user? Have you been experiencing charging issues where-in your unit charges slowly despite the phone showing the "Charging rapidly" notification? Well, if your answer is yes, you are not alone.

A lot of other users are also facing the same problem, evident from discussions on Google's official forums.

A few of those affected did some experimenting and found that this behavior isn't consistent, cropping up only when the handset is being charged at below certain temperatures.

Folks over at Android Police did some detailed testing, and found that's indeed the case, at-least with the Pixel 2 XL, which they observed charges at less than 4W in low temperature conditions despite claiming to be charging quickly (10W+).

For its part, Google has just said the company is investigating the matter.

Refurbished Pixel 2 down to $530 today

Its an expensive piece of crap. Nobody expecting from a 1000+ eur phone it will be bugged like it is. Its a shame for a google. Its almost overheating as a Snap 810. Do we need to boil an eggs on phone???

This is why for every 10 iphone sold 2 come back with issue ( where i work ) where pixel 2 is more like 1 out of 50 sold. but its okay bash on brand you do not like.

The issue is with the notification saying speed of charge not the charge itself. every phone charge at slower pace if its very cold or very hot. All my previous phone and my current phone do the same thing. So Google just need to fix ...