If you have an older iOS device and were feeling left out when all the newer stuff got iOS 13.4, don't worry as Apple hasn't forgotten about you. 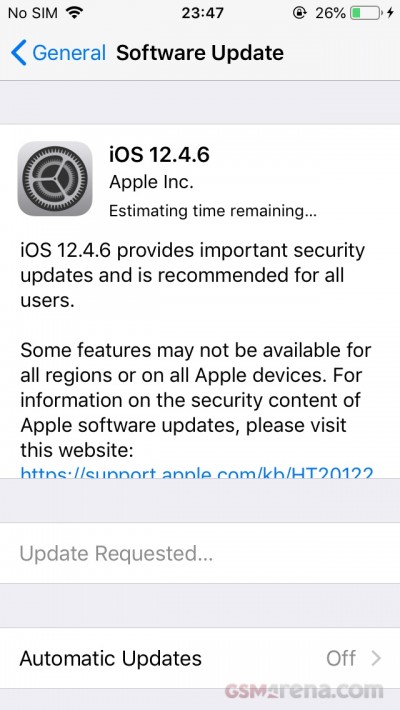 As mentioned before, the update merely includes security patches against any new exploits and doesn't add any new features. That is understandable, however, as some of these devices are quite old at this point. The oldest device here, the iPhone 5s, was released back in 2013. The fact that it is still getting software updates at all is probably a record of some sort.

So for those still holding on to these devices, we suggest you go to Settings and install the update. It might seem trivial but Apple wouldn't have released it if it wasn't necessary.

Yes it will slow down your old iphone if you update

I have an iphone 5s which has been updated to ios 12.4.6 and performance and battery is not bad as the battery is original. I left and forgot about the phone until a few monts ago and its still very nice to use