The iPhone 12 series has been the most successful launch of an Apple lineup since the iPhone 6 in 2014, reports Counterpoint Research. Back then it was the refreshed design and larger screens that attracted people to the 6 series, what drove 12 series sales?

According to the analysts, it was the adoption of 5G on all models as well as OLED displays, even on the non-Pro phones. Unlike previous generations, this time around people flocked to the higher-end models.

The iPhone 12 Pro Max in particular – this was the most popular phone of the four accounting for 29% of total sales, up from 25% for the 11 Pro Max last year. And these are the global numbers, mind you, the new top model was super popular in the US – 40% of 12 Pro Max phones sold call the US home. 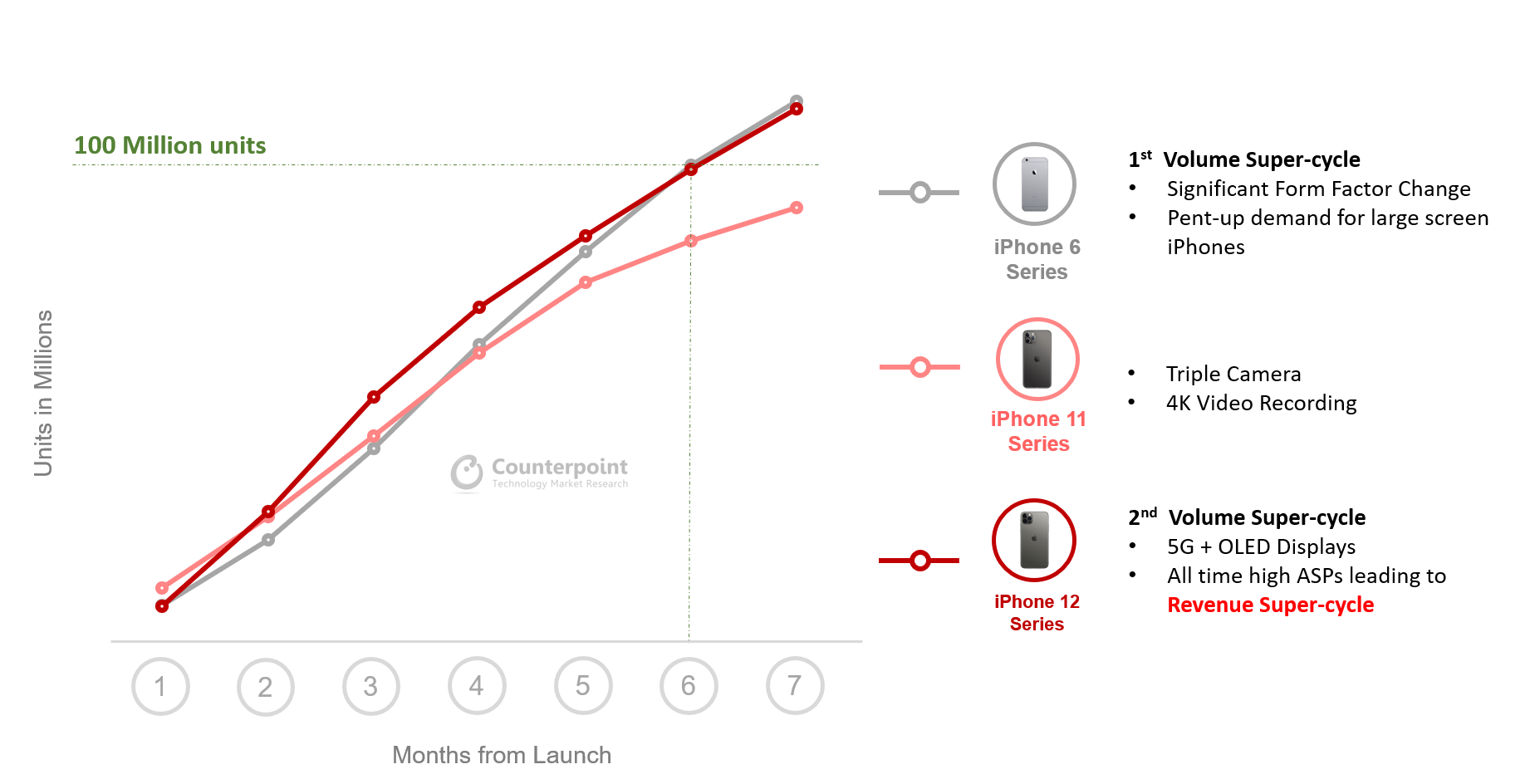 The 12 Pro Max launched at the same price as last year’s model, $1,100, but since it makes up a bigger portion of the product mix, the Average Selling Price (ASP) of the iPhone 12 series was higher. In fact, the ASP is at an all-time high. This is one of the reasons why the iPhone 12 series brought in more money, 22% higher revenue compared to the 11 series.

The other major reason is simple – Apple just sold more phones. The iPhone 12 series hit 100 million units sold around the world in April, seven months after launch. The 11 series took two months longer to get there.

Analysts: iPhone 12 series makes up 61% of Apple sales in the US, iPhone 11 still on top individually

Every year there is footballer of the year, car of the year, fighter of the year representing the best of that year. You are salty coz iPhone won't ever he on that list. Android phones are light years ahead of handicapped ios

There is no the best thing. You can't tell which car or phone or country or anything else is the best. One thing that is the best for some people can be not that good for others.