The iPhone 12 and 12 Pro are both officially going on sale starting this Friday. Thanks to a teardown video posted by Century Weifeng Technology, we are getting a close look inside the 6.1-inch iPhone 12 model.

The teardown video compares the iPhone 12 to the iPhone 11 and although there are some similarities in the overall layout of the phone’s build, there are some key differences in the updated design. The logic board is larger than the 11’s, mostly due to the added 5G capabilities that require an extra chip. This 5G modem has been identified as the Qualcomm X55. We’d heard rumors that Apple was going to use the Qualcomm-made modem and as Apple confirmed in the keynote presentation, it ended up going with its own 5G antenna designs, hence the thinner form factor. 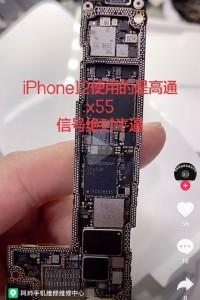 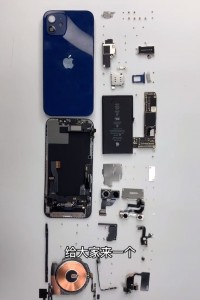 On the back panel, we get a good look at the MagSafe magnetic assembly. The ring is made of entirely of magnets that line up with MagSafe accessories for easily lining up the magnets with the new MagSafe charger.

X60 is not released yet, no Android device has it currently.

And androids will now copy everything shamelessly. Lidar is insignificant . 5g is insignificant. 120 medga pixel camera 7000 mah battery and all blotched up stuff running on malware infested android gadgets are far inferior to iphone. You hate becau...

Most of the things they bought this year are gimmicks at best. MagSafe, LIDAR, etc. They were going crazy in the presentation about 5g and then later we find out how that 5g is actually in the form of an external modem(which consumes more po...