The iQOO Z3 announced in China in March was supposed to arrive in India in early May, but plans were changed due to the second COVID-19 wave in the country. However, with the situation getting better, the phone maker today announced it will introduce the Z3 in India on June 8. The iQOO Z3 will come with the Snapdragon 768G 5G SoC at the helm, making it India's first smartphone to be powered by Qualcomm's 7nm chipset. And if the rest of the specs remain the same as the Chinese model (we say so because Indian iQOO 7 is a rebranded Neo5), you will get a 6.58" FullHD+ 120Hz LCD, side-mounted fingerprint reader, and a 4,400 mAh battery with 55W charging.

The smartphone will run Android 11, likely with Funtouch OS 11 on top, and the company has confirmed it will have 8GB LPDDR4X RAM onboard, which can be further expanded up to 3GB using the Extended RAM feature that uses the smartphone's internal storage. 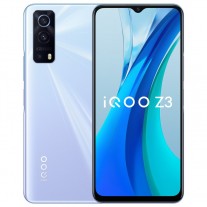 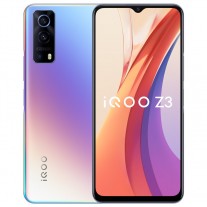 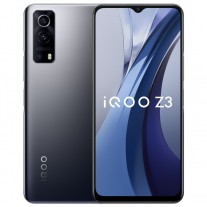 For photography, the iQOO Z3 comes with a total of four cameras - a 16MP selfie shooter inside the notch and a triple camera setup on the back consisting of 64MP primary, 8MP ultrawide, and 2MP macro units.

iQOO hasn't revealed the Z3's pricing in India, but the smartphone's base variant with 6GB RAM and 128GB storage costs CNY1,699 ($265/€220) in China, which translates to around INR19,400 at current exchange rates, so expect it to be priced in the same range in India.

This is not that slower than 860. It's scoring 460k in Antutu. 860 has severe thermal throttling issues specific to the poco X3 pro

comes with huge amount of bloatware