Additionally, iQOO revealed that the Z3 will come with UFS 2.2 storage, although it doesn't tell us how much of it the phone will have. Besides, iQOO confirmed the Z3 will have 8GB RAM onboard, and machine translation from Chinese suggests the smartphone will come with 3GB of Virtual RAM (VRAM). 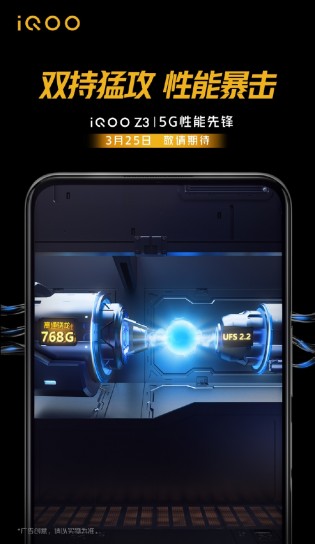 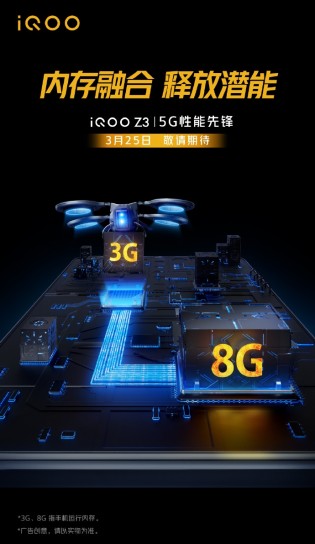 iQOO is yet to detail the rest of the Z3's specs sheet, but thanks to Geekbench and Google Play Console, we know the smartphone will run Android 11 out of the box. The latter also revealed a FullHD+ screen and a 6GB RAM option.

Moreover, the Z3 has also been certified by China's 3C with 55W charging, and its listing on Chinese retailer JD.com's website revealed the smartphone will pack a punch hole display and have a total of four cameras - a selfie unit on the front and three shooters on the back. 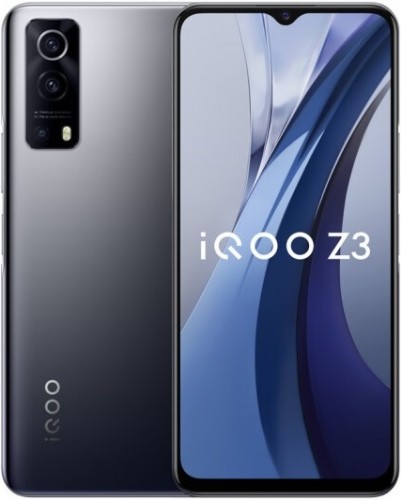 With the official unveiling just two days away, there's not much waiting to know all about the Z3's specs, pricing, and availability.

iQOO Z3 appears on Geekbench ahead of March 25 launch

I had the iqoo Z1. Great phone in many ways. Problem is the firmware is chinese and it's problematic. No matter what you do, you can't get rid of all the chinese crapware. I had to get rid of it.

Hole punch? So that design isn't actuallly it, right?