Xiaomi could unveil the Mi 7 on May 23 if a new official-looking poster is to be believed.

The poster looks real enough and features a burning 7 and the date May 23 along with the Mi logo, which usually adorns Xiaomi teaser posters. But the image isn't of very high quality and it hasn't been posted on Xiaomi's official Weibo account but is instead found elsewhere on Weibo. Of course, that doesn't discount the information and the teaser as false. We're just advising caution at this point. The Xiaomi Mi 6 was announced a year ago in April, which puts the timing right on the money.

What we can gather from leaks and rumors about the Xiaomi Mi 7 is that it will offer a Snapdragon 845 and 8GB of RAM, an in-display fingerprint scanner and could quite possibly harbor a notch on top of its display.

Recently we saw a leaked screen protector, supposedly belonging to the Mi 7 and now we see a new one that looks similar. 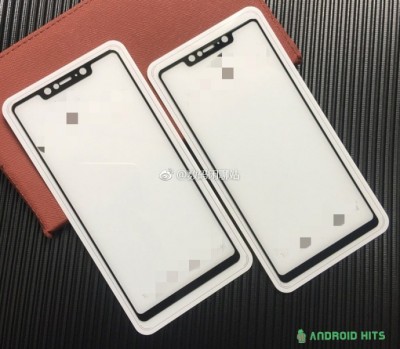 Keep in mind that the internet is filled with screen protectors and this could easily be a sidelined product or one meant for a different phone.

We'll keep you posted if anything new comes up regarding the Xiaomi Mi 7.

xiaomi keep the love of we costumers with NOT putting an UGLY, no use,EYESORE,asymmetric F**ing notch plz! JUST NO NOTCH!

Plz quickly launch, mi 7 as soon as possible, N i would like Say About This Mi 7 , Plz Don't Copy like Oppo, Vivo,Lg,...etc, B.coz i Hate These all phone's screen like notch, i want to see mi 7 is like a Iphone x Screen, n i like full screen Notch a...