In the beginning of the year 2017, there were reports that Sony would start using OLED displays on its 2018 flagship models. And now, lending more weight to these rumors, an official job listing has been spotted that reveals the company is looking for a "Display Engineer" who must be having "OLED experience." 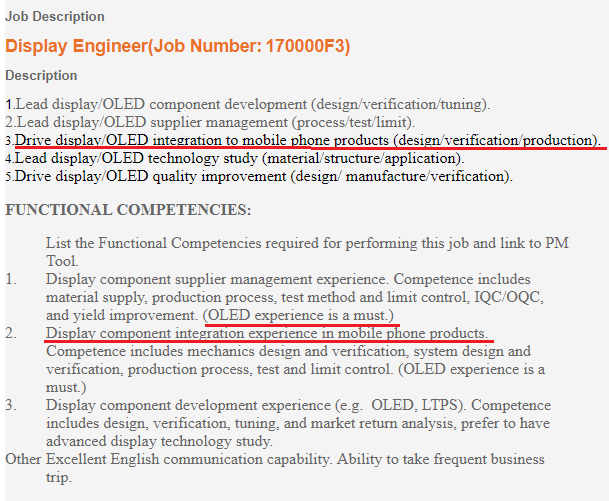 The job was posted back in November end last year, with an un-posting date of February 28 this year. Sony hasn't said anything on the OLED matter officially, but we look forward to the upcoming MWC as the company might make a related announcement there.

Sony's 2018 flagship Xperia smartphone might have an OLED display

why keep on trolling? Samsung made the best oled even iphonex display is a Samoled, smh sony make quality junk device, korea quality is better than japan quality.

As long as I can get 64gb of storage on a Sony phone with a newer lower bezel design with an OLED screen and dual speakers then yeah, that sounds like it'd be a really attractive phone. I don't care about digital assistants (which is about the only m...