HMD Global's plan to resurrect the legendary Nokia brand has been going smoothly so far. The new Finnish management owns a lot of that to just a few, very important, core design principles. Instead of blindly trying to outspec its competitors, HMD went about things a bit differently, building solid devices, with a focus on a pure and clean Android experience and timely updates

The Nokia 7 Plus is the perfect embodiment of that ideology. Rocking a Snapdragon 660 chipset, it doesn't try to outdo its mid-range standing and get in the Nokia 8 Sirocco's way. Yet, in many ways, the Nokia 7 Plus feels like a premium device.

We already got the chance to spend a few hours with the Nokia 7 Plus at this year's MWC. There is a hands-on review from the event, full of photos, camera samples and even benchmarks for you to check out. But now that the handset is finally at the office, ready for its full review, it's even easier to appreciate just why it left us feeling so positive the first time. 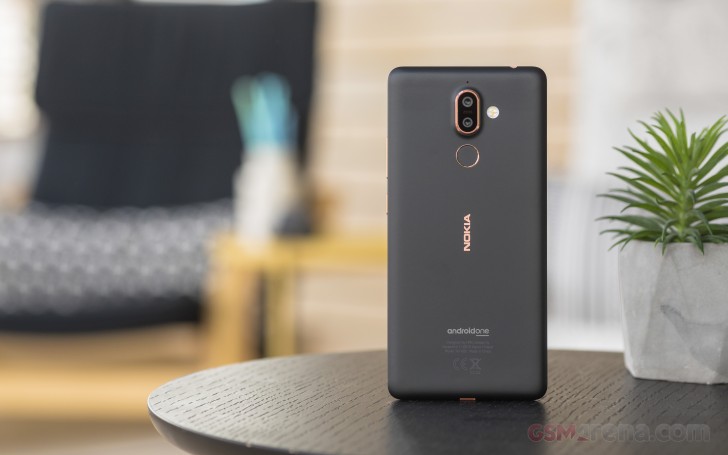 The Nokia 7 Plus is one really well-crafted device. It is milled from a single piece of Series 6000 aluminum and has then received 6 layers of paint for a matte finish that not only makes the phone less slippery but also hides the antenna lines. It is available in either Black of White, with copper highlights either way. These make for an incredibly distinct look and feel, even though, the Nokia 7 Plus is quite reminiscent of Google's Pixel 2 XL in shape and form. Especially when looked at from the front.

And that's kind of a compliment, rather than a complaint. Even though the Nokia 8 Sirocco has more potent internals, it's the Nokia 7 Plus that brings the trendy tall display look to HMD's lineup. Sure, the 6-inch FHD+ (2160x1080), 18:9 panel is of the LCD variety, rather than a fancier OLED, but it is still one of Nokia's best displays. It promises 500 nits of brightness and is laminated and polarized for better clarity and contrast. Plus, the rounded corners are yet another splash of 2018 chic. The wider top and bottom chins offer another common point with Google's design language. It might not be the edgeless and notched style of the day, but having more finger room does make for a very comfortable and ergonomic device. No excessive thumb stretching or odd UI concerns and notch hiding tricks required. The nicely rounded back, complete with an almost rubberized finish also boosts handling. It is a lot less prone to smudging than glass. While we're looking at the back, the dual camera system here consists of a 12MP regular camera with large 1.4um pixels and a bright f/1.75 lens and a 2x telephoto 12MP camera with 1.0um pixels and an f/2.6 aperture. Both lenses bear the ZEISS brand - an equally legendary mark of quality, old-school Nokia fans remember fondly.

The hardware setup is matched to Nokia's Pro Camera allowing full control over shooting parameters like shutter speed, ISO, focus, White Balance. It's an excellent camera experience overall. On the video side of things, there is 360 degree spacial audio for surround sound capture and playback - a surprisingly convincing effect.

But even in auto mode, the Nokia 7 Plus clearly uses its capable camera hardware well. Here are a few samples from the main 12MP snapper, with its large 1.4um pixels and a bright f/1.75 lens. Specs-wise, it actually compares pretty well with the Google Pixel 2 XL, even topping it a bit through the use of a slightly brighter ZEISS lens. 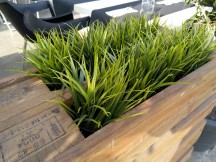 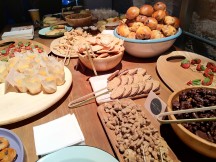 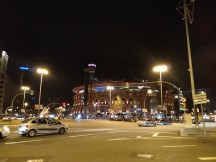 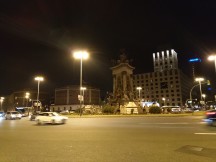 The front camera has Smart Pixel technology for better selfies in low light. The promise is that the selfie snapper can capture and combine up to 4 frames for a photo with less noise. 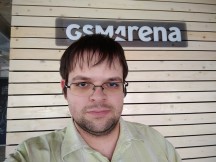 Nokia is still pushing its Bothie mode as well. It captures stills or video from the front and back cameras simultaneously. Unless you are a vlogger, using it is a bit awkward, while framing properly with it is almost nearly impossible. Still, it can be quite handy in a few use cases.

We'll have some more in-depth observations to share a bout the camera in the full review. But our initial impressions are quite positive and the experience - really fluent. Speaking of which, the nearly vanilla Android ROM on the Nokia 7 Plus is a breeze to use overall. 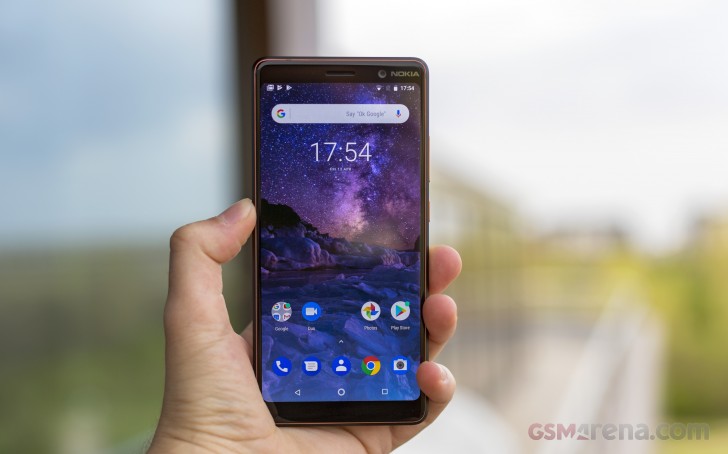 As signified by the markings on the back of the phone, it's part of the Android One initiative. That means practically no bloatware, a snappy UI and a promise for speedy updates, which HMD has mostly been keeping true to so far. 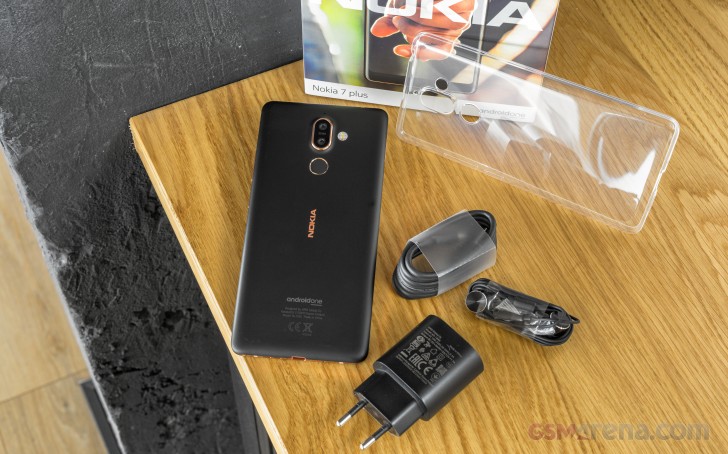 Naturally, we'll delve deeper into performance metrics in the full review as well, to see just how much power Nokia's pure Android experience can squeeze out of the Snapdragon 660 chip. Stay tuned for that and more on HMD's €399, "non-flagship, flagship", coming to the review section soon.

Nokia 7 plus sells out in 5 minutes in China

We benchmark the Snapdragon 660 inside the Nokia 7 Plus

Check out the Nokia 7 Plus camera samples

My best 📱 phone only nokia

Here is the full review - https://www.gsmarena.com/nokia_7_plus-review-1752.php

Could this be a Chinese or a pre-retail model? GSMArena please if possible do another review for the global model and update the various findings, pleaseee!