In a sad year for Galaxy Notes, a Mi Note could shine brighter than it otherwise would have been allowed to - the Xiaomi Mi Note 2, that is. It's easy to see the Xiaomi dual-curved flagship as a Galaxy Note7 clone, but for all the similarities, the Mi Note 2 is the natural evolution of the Xiaomi high-end lineup - Galaxies, or no Galaxies (the latter, as luck would have it). 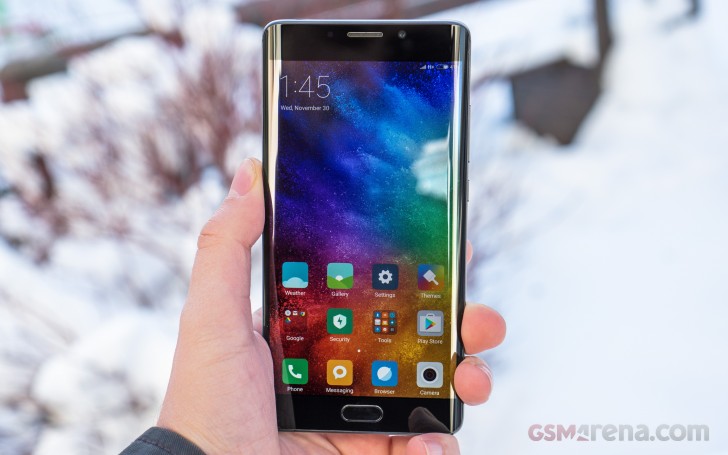 Anyway, the Mi Note 2 is in the office, finally, and we're wasting no time and sparing no effort to put it to the test. We figured we'd just share a few thoughts on the design, while that initial 'new phone is here' hype hasn't worn off.

The comparisons to a Note7 are inevitable, we've established that. If only we hadn't promptly returned our review samples as instructed, we could have photographed the two side by side, but alas - we stood on principle on that one, as always.

The Mi Note 2 is marginally thinner than both the Note7 and the S7 edge, yet the difference feels more substantial. Perhaps it has to do with proportions - for the same screen size the Note 2 is both taller and wider than the Note7, and consequently the S7 edge. That means bezels - the Mi Note 2 definitely has a bit more of those in each direction than the Note7.

It's all about the dual-curved display on the front, though, really. It's only ever so slightly curved, with a pretty large radius too, making it appear more like a slope than an actual bend but the effect is still visible. The clever choice of default wallpaper also helps mask the fact that there's a little more phone after the display ends - the Galaxy Note7 was a lot more impressive in terms of side bezels, and so is the S7 edge. 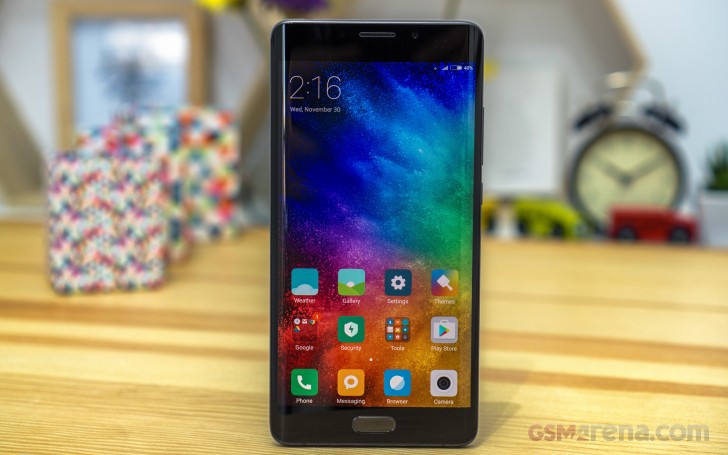 Which brings us to the Mi Note 2 and its mechanical home button/fingerprint reader - sort of like the Mi 5, only more generously sized. But don't think that's because of some Mi Note traditions, no - the original Mi Note (and the slightly different Mi Note Pro) had a row of capacitive keys up front and skipped on fingerprint recognition - you could go away with that two years ago. We're inclined to suspect a deliberate attempt to make one Note look a little more like the other. 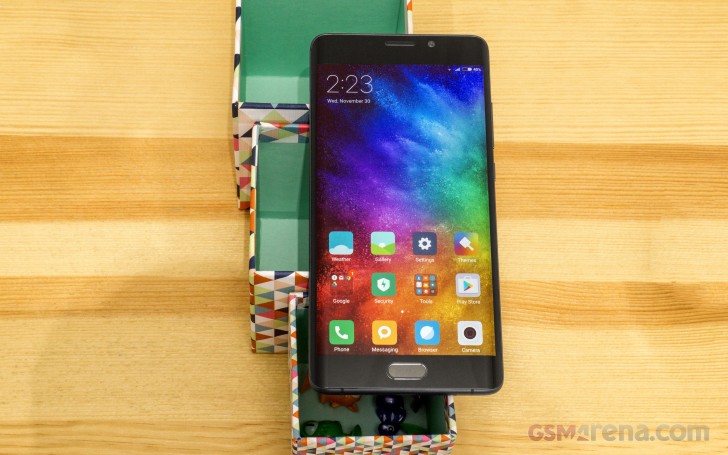 The Xiaomi Mi Note 2 is glass on both sides, unlike the ceramic-backed Mi Mix. That would make it a little more prone to scratches, but also hopefully a tiny bit less of a shatter hazard. Hard to put a number on the latter, though. The smudges are inevitable either way.

What the Mi Note 2 does better than the Note7, is keeping the primary camera inside the body. It still sticks out a tiny bit, but it's almost as if Xiaomi decided to make it that way, instead of being forced to. 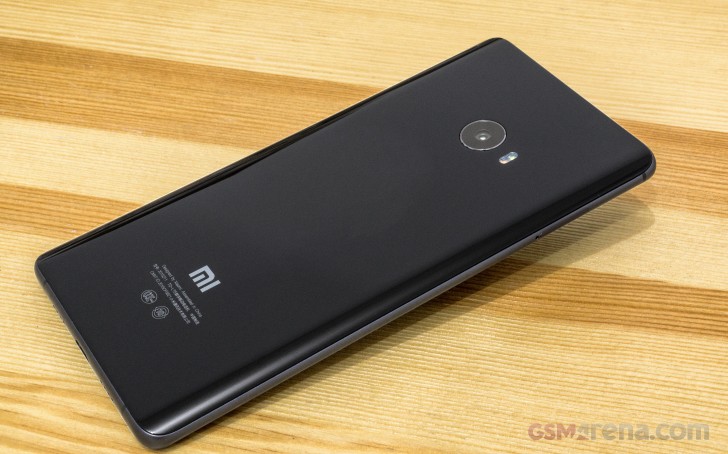 We don't mind camera bumps that much anyway - it's more of a design deficiency than anything else. But we do value image quality, speed, and ease of use when it comes to smartphone cameras - and these are all things that we will be looking into in the Xiaomi Mi Note 2 review. Of course, the usual full set of tests is due as well - stay tuned.

You do realise Samsung sells them these panels right?

Nope, it is not Samsung's AMOLED that Xiaomi uses here, it is LG's. And for Redmi Pro it was far worse Chinese Amoled that have burn in ina many cases,after just 2-3 months of using it.