At CES, ZTE was prepared to ‘one-up’ the Honor 6X on the same day the Huawei-owned company held its press event for its $250 dual-camera smartphone. The ZTE Blade V8 Pro is the first of the ZTE’s ‘Blade’ lineup In the US.

Due to growing demand of ZTE’s Blade smartphones, the phone maker has decided to launch a Blade model in one of its largest markets: The United States. This is where ZTE’s Axon 7 flagship leads its ZMAX and Blade lineups.

The Chinese smartphone maker already has had success in the prepaid sector, which includes carriers like Metro PCS and Cricket Wireless. While this market is targeted with lower-cost smartphones, the ZTE Blade V8 Pro hopes to expand the online-retail outlets that sell carrier-unlocked smartphones while giving the competition a run for their money. 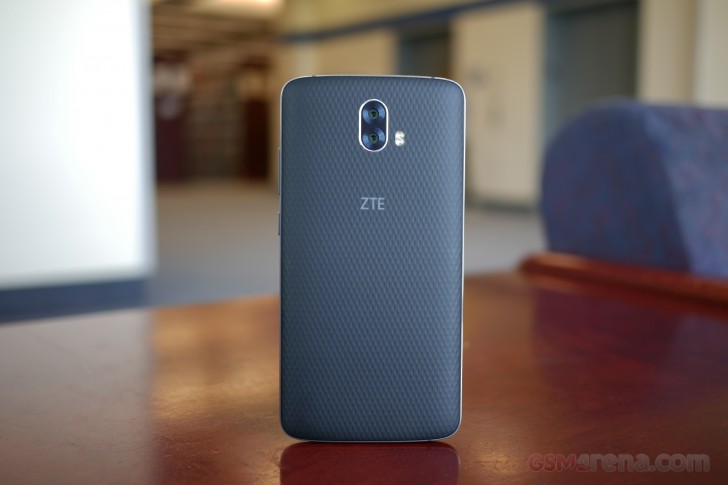 ZTE has a distinct way of designing its own smartphones and the Blade V8 Pro is no exception. Remember how the Axon 7 has those funky speaker grilles on the front? Well, the Blade V8 Pro isn’t anything quite like that; it’s more of a conservative version of the Axon 7’s more striking design.

When you take a first look at the device, either on a table or desk, your eyes are immediately drawn to the chamfers around the chassis and the chrome trim around the home button. This is a great way to counter boring-looking-phone syndrome. Still, the phone is quite reminiscent of the Samsung Galaxy S6 crossed with a Galaxy Note 4, except the Note 4's removable back plate is missing along with the Galaxy S6's glass backside.

The phone feels quite sturdy and the textured pattern on the back feels amazing in your hand. Paired with the ergonomically-curved backside, it won't be easy for this guy to slip out of your sweaty hand. 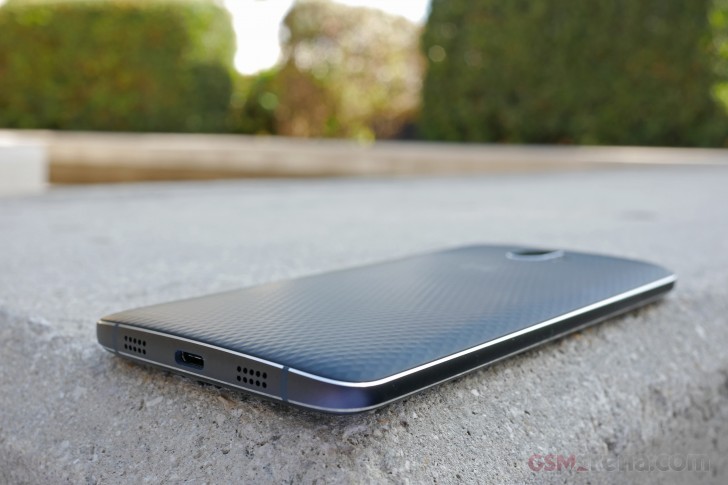 The top of the phone has a noise-cancelling mic and a 3.5mm headphone jack. At the bottom you’ll find the dual speaker/mic grilles, and a USB-C port capable of charging the 3,140 mAh battery with the included Quick Charge 2.0 adapter. On the left side is a dual-SIM hybrid tray, and the right side has three physical buttons: the power key and volume rocker.

The dual-13MP camera setup on the back shows much promise. The camera app is packed with features and shooting modes, including 4K video recording and bokeh mode, which uses the second camera to simulate a DSLR’s much wider aperture, blurring things behind the subject. It’s also worth noting the camera “hump” is minimal. 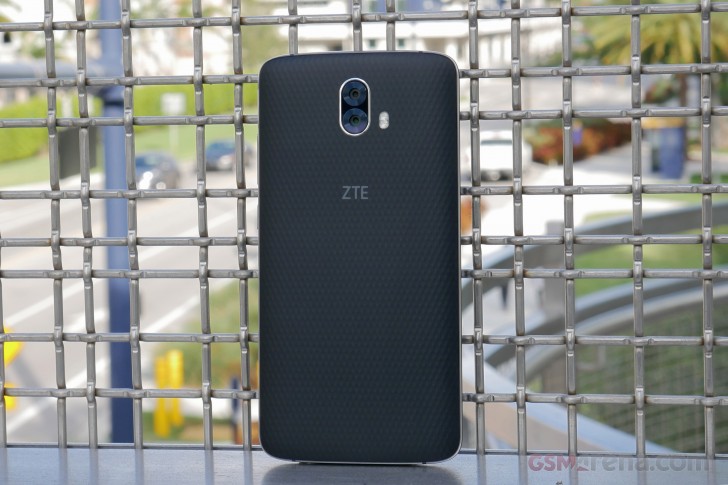 We like the capacitive buttons on the front, but the pressing-action of the home button feels like it may not last the phone’s lifetime, perhaps we’d like more feedback from a button (the side keys are quite clicky by contrast). Otherwise, the fingerprint scanner is super quick and accurate, to our surprise. You can press and hold the home button to wake the device up, but you won’t need to hold your finger down for longer than half a second.

The phone ships with Android Marhsmallow, which is over a year old at this point. Even though ZTE has promised to update the Blade V8 Pro to latest Android Nougat in the first half of 2017, that could still take some time.

The ZTE Blade V8 Pro is powered by an octa-core Qualcomm Snapdragon 625 paired with an Adreno 506 GPU. Initial benchmarks are quite good and we’re happy to report smooth and snappy multitasking and performance with minimal “thinking” time when opening apps. 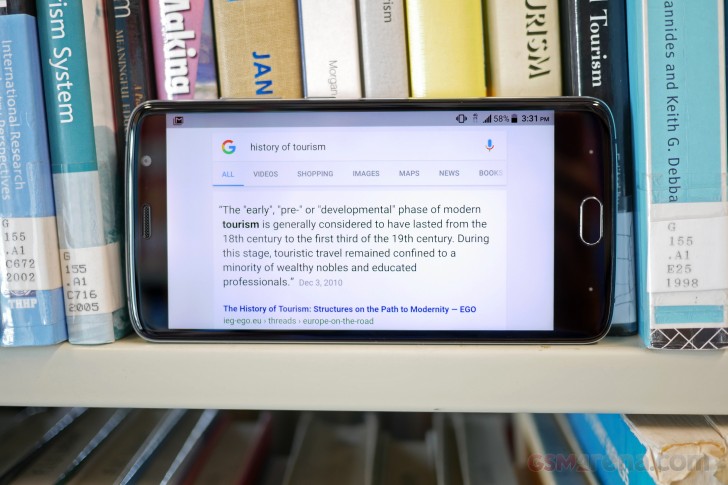 Given that Honor has launched a very similar phone at a slightly higher price ($250), there’s no doubt that the two need to be compared. The Kirin 655 has already proven to perform comparably to the Snapdragon 625 chipset, so a comparison between the devices would be primarily based on hardware design, camera, software, and value-added features.

The ZTE Blade V8 Pro is currently available for $230 from ZTEUSA.com, B&H Photo, and Newegg.com. Unfortunately, the phone is only available in Diamond Black, at least for now. We only wish the name was a bit less of a mouthful.

The Blade V8 is another new dual-camera smartphone, courtesy of ZTE

Nice device, hope they will launch it also in Europe. Nice specs at a very good price

I like the design of the Blade V8 Pro, especially the back. It looks like a cross between the Nexus 6 and the Note 4, which were coincidentally released at the same time. The rear dual camera setup reminds me of bygone cassette tapes! :P The front ...